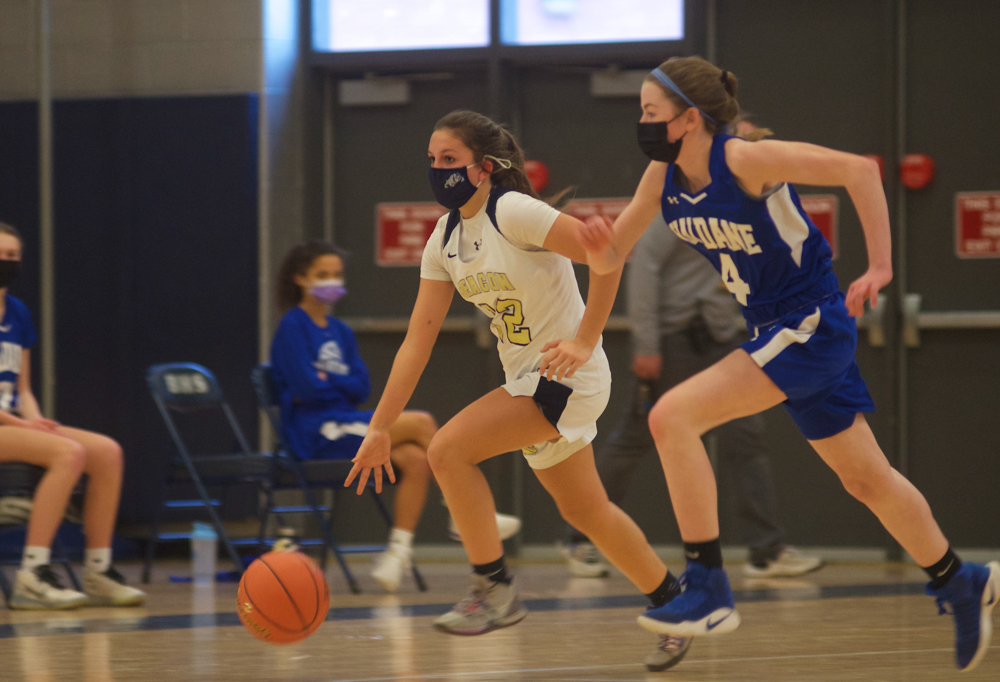 Beacon's Reilly Landisi brings the ball up the court during a game last season against Haldane. (File photos by S. Pearlman)

You can’t get much younger than the roster of the Beacon High School girls’ basketball team, which finished 4-9 last season. The team has no juniors or seniors.

Coach Christina Dahl said that the lineup, of course, presents “the potential to grow, with focus and hard work.”

She said she didn’t expect any one player to take over a game “but we expect our leaders to spread the ball around, to get others involved.”

The Bulldogs are competing for the first time this year in Section IX, after the district moved its athletic programs from Section I. “We hope to get contributions from all 10 players, to make the sectional tournament, and make some noise,” Dahl said.

Beacon fell in its first two games of the season last week to Roosevelt High School (Landisi scored 13 and Rodriguez added six) and Pine Bush (Landisi had 10). The Bulldogs (0-2) are scheduled to visit Port Jervis on Tuesday (Dec. 14) and host Washingtonville on Dec. 20.

Most Haldane junior varsity and varsity home games are livestreamed at LocalLive (bit.ly/haldane-stream). Many of Haldane’s opponents also broadcast via the site when they host the Blue Devils. 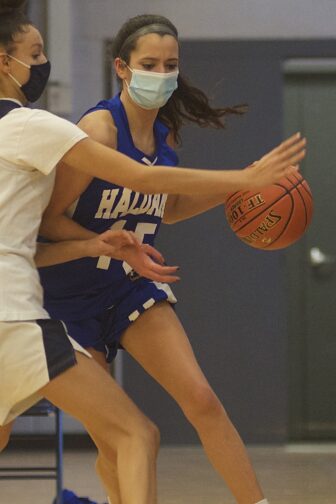 Maddie Chiera is one of five returning starters for the Blue Devils.

Last year’s team lost 11 of 12 games, but Coach Jessica Perrone said during summer play that “we looked like a different team, with a new mindset. We have a lot of depth on the bench and guards who can handle the ball.”

The Blue Devils opened their season with a 58-24 home loss to Westlake (McDaniel had eight points and Chiera seven) but rebounded this week with a 53-46 victory at Yonkers Montessori Academy and a 62-26 home win over Hamilton.

“It was our third game, and I felt like we needed to get out quick,” said Perrone. “We were faster in transition. We also needed points in the paint and we got 26.”

Against YMA, Chiera had 18 points, McDaniel had 10 and Siegel had eight. At one point, Haldane trailed by seven points but fought back with a strong third quarter.

Perrone said attention to detail will be key in getting the team where it wants to go. “We have the talent to contend,” she said. “But it’s also a matter of the small things that can become big in games, such as boxing out” for rebounds.

Haldane (2-1) is scheduled to play in a tournament at Croton-Harmon this weekend, followed by a visit to Carmel on Thursday (Dec. 16).