Annette Solakoglu, a Garrison-based photographer and filmmaker, conceived of Faces|Graces, which continues through Jan. 9 at the Garrison Art Center, and photographed its subjects. Solakoglu spoke with me recently about the project. Her remarks have been edited for brevity:

I got the idea and started about two-and-a-half years ago. Over the years of raising my children in Philipstown, I’ve seen the older generation pass away. I felt this urge to pick up my camera and pay homage to what they created, such as seemingly small institutions like the Philipstown Depot Theatre and the Garrison Art Center, which mean a lot to people living here. They’ve also worked to protect our local environment. 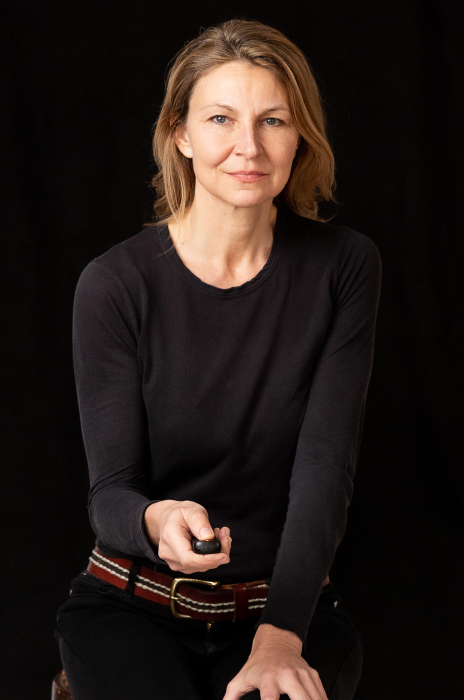 Some I knew, and others were referred to me. No one turned me down. Of course, they are only a small sample of the people who have contributed to and grace our community.

When I spoke to my subjects while making their portraits, some said, “I have nothing to offer.” I’d say, “But you do, and it’s not just about being on this board or another, but simply being community-oriented.” It was an honor to bring to light their quiet devotion to community-building. I was impressed with how relaxed and open they were — completely unconcerned with their looks. They couldn’t care less about looking in the mirror. That’s the beauty of age. It charmed me, because usually when you photograph people it’s preceded by, “How do I look?”

Originally, the idea was simply to photograph them. With documentary filmmaking, there’s this idea that when you aim a camera at someone, you open them up. It’s a psychological tool. During the photo shoots they were telling me all these stories. I wound up typing away after they left, thinking this needs to be part of it. Celia [Barbour] interviewed everyone and then with enormous skill and warmth she edited each down to around 250 words. She drew some quotes from these which captured their spirit, their humor, and these will go under the portraits.

The photos are faces on a white background to communicate a sense of abstraction, timelessness. I’m hanging them so you can stand and observe their faces. The Art Center invited the elders to come on opening night an hour early for a private moment with their portraits. I’m interested in that intimate moment when you stand in front of the portrait and look at these beautiful wrinkles. I’m honored to have been allowed to take their portraits. 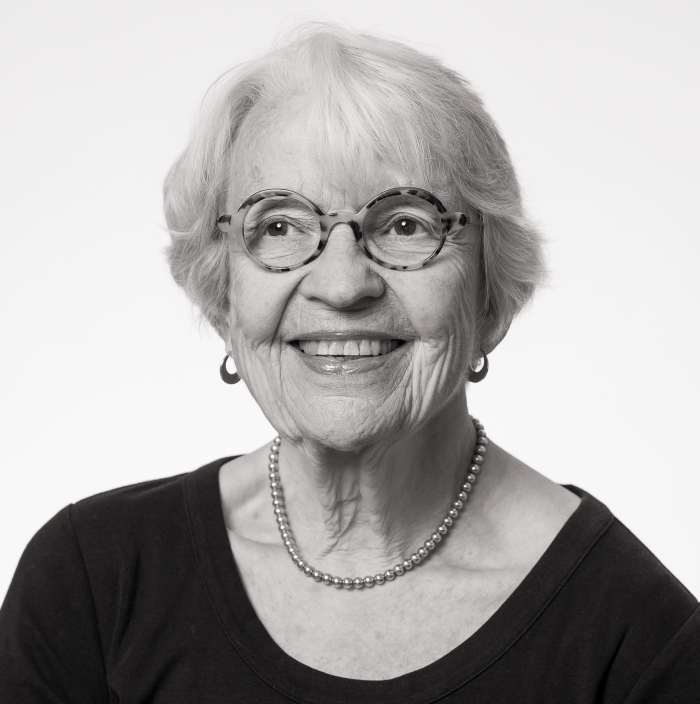 After we first moved up here from Brooklyn, I sometimes thought, “Why did we move so far from people?” But a wonderful neighbor, Nancy Sayles Evarts, took me under her wing and introduced me to all kinds of people. Then, once our children started school, we had that community. And I felt that if I were going to complain about the school, I sure as heck had better get myself involved, so I got on the school board.

That’s also when the Art Center got its start. A group of us were interested in art, so we hung good reproductions around the school. In order to raise money to enlarge that collection, we hosted an art show; there were lots of really gifted artists in the community. Afterward, we realized we’d raised enough money to rent the old post office at Garrison’s Landing. We would hold art classes, and some of us could teach. We weren’t fancy, that’s for sure; the building was pretty rickety and parts of it didn’t have heat. But it just caught on. Later it absorbed the building next door, which had been Forson’s Store.

Another of my great loves was Hudson Valley Shakespeare. By God, that first summer it was just a group of young actors in Manitoga’s field, with flashlights and ladders and sneakers. And it took off like a bird in flight! Local people were interested, and if you asked them to do something, like host visiting actors, they said yes. I became the first HVSF president. It grew so fast it’s hard to fathom. When people get together and channel their energy into something they believe in, and it works, it’s simply fabulous. 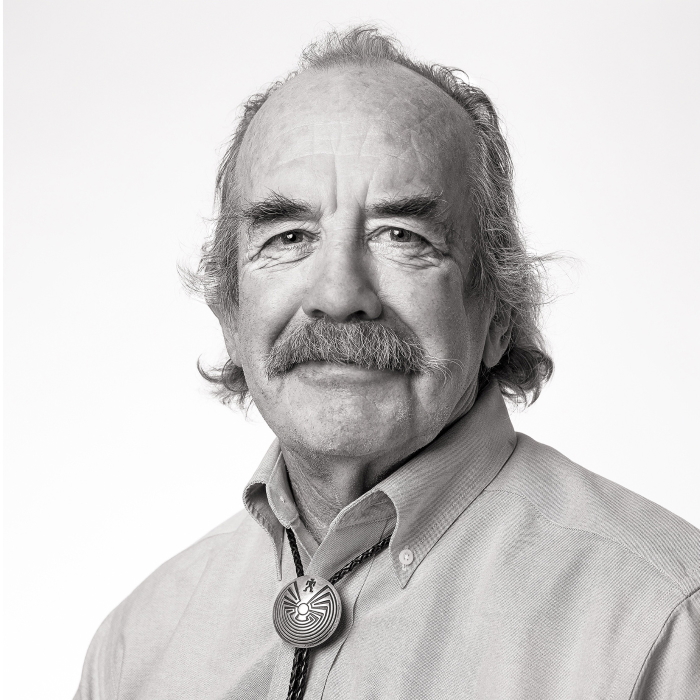 When I was growing up, virtually all of the area from Upper Station to Lower Station roads was Benjamin land or Fish land. I have 24 first cousins, and there was a wonderful knot of us running around just wild there. My grandmother’s house was the first in Garrison to have a swimming pool. Around Memorial Day, we’d clean it out, send the water flushing down into the Hudson. Having sat all winter, it would be full of dead frogs and leaves and ooey-gooey litter. And if you helped, you could swim there, so everybody came. It was great fun.

I learned nothing until I got out of college. I went to Colorado for two years to be a ski bum, came back 30 years later having learned stonework and farming and mushrooming.

I’ve done quite a bit of stonework around Philipstown — formal entries, pillars and gardens. One day in Cold Spring, a delivery truck’s brakes gave way; it went screaming down Main Street, right through the wall and onto the train tracks. So I fixed that wall; it’s still there.

I built an oval garden at St. Philip’s parish after Ruth Anderson died. Everybody went to Saunders’ farm, picked out stones, and I built it from them.

Stone is surprisingly subtle and sculptural, and I like that it doesn’t rot.

Over the years, I’ve contributed a little bit to the education of a few, mainly children. I coached lacrosse and ice hockey. While youth-coaching at West Point, I arranged to bring the team up to Earl’s Pond. It was one of those classic February black-ice days. The kids had never skated on anything but a rink. At first they were tentative, but then they got into the wonder of it. I still play every winter. It’s a highlight. 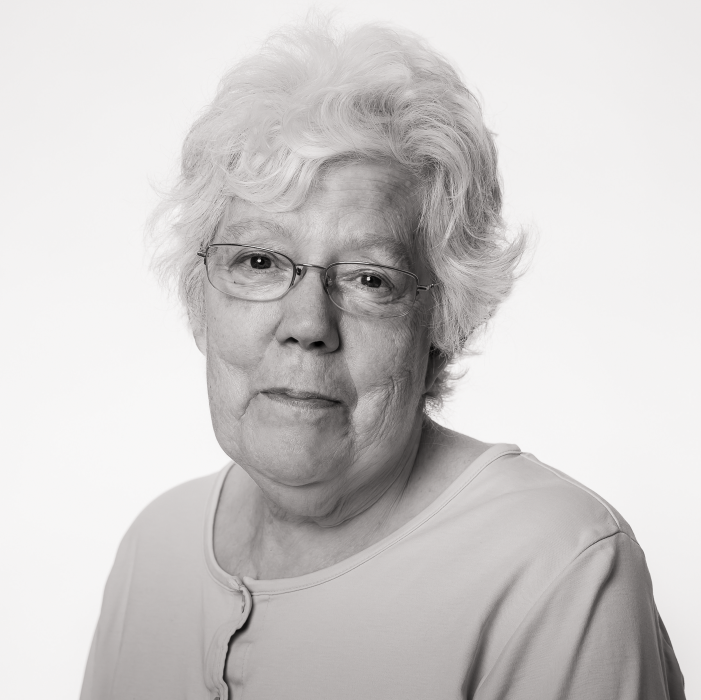 My happiest form of transportation is horseback, and my second is driving a tractor.

My father died when I was 14, and we didn’t sell Wintergreen Farm until I was 21. In between, I took care of 60 acres all by myself. I still cut the field now; my husband, Perry, always walks in front of the tractor because the box turtles who live there can’t run away fast enough.

According to my mother, my favorite phrase as a child was “I can do it myself.” In those days, Philipstown was a do-it-yourself community. We were resourceful. You went to the dump yourself, mowed your own lawn, baked your own bread and knew everything about gardening.

I began working at Desmond-Fish in 1995. I’m amazed that not everybody uses libraries. Some people actually buy their books! I’m not cheap; I believe in supporting the book industry, but that’s a lot of books to have in your house when you read as much as I do.

Reading for children was wonderful. I always made it interactive, because 4-year-olds don’t necessarily want to sit still. I’d say, “What do you think is going to happen?” You let them absorb the pictures and make up their own story.

I started a story garden outside the children’s room, and a butterfly garden with Sandra Nice. We’d read to the kids about gardens and animals, and plant something every year.

Gardens are important. They take you from one generation to the next. My father planted daffodils in the woods around where my house is. He died in 1963, and they still bloom every year. And butterfly weed — the seeds fly around, and every year there’s a new patch: Look where it is now! That just makes me really happy. 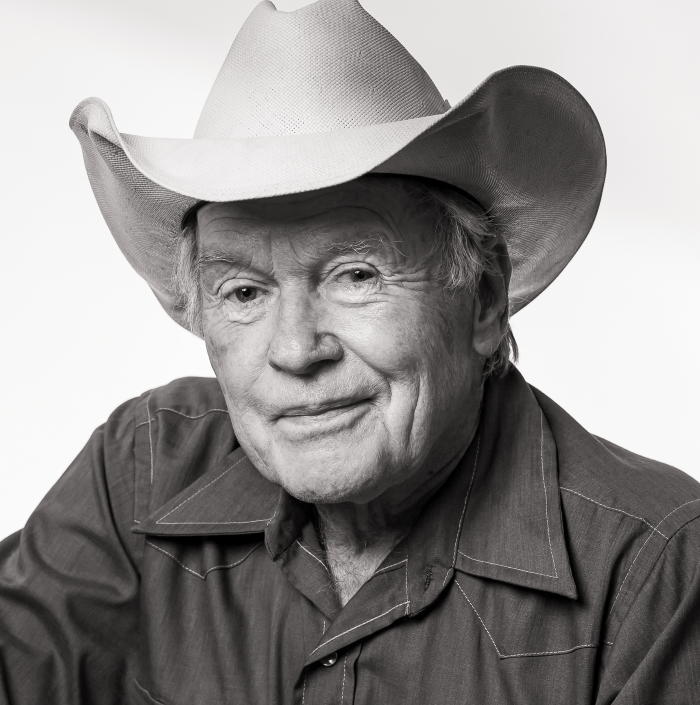 When I was 17, I went to work for a tree company. We cleared farmland so I learned how to run power saws. Then I worked for this tree guy who didn’t know one tree from another. So I made it my job — I got the good manuals and books, and I studied trees, learned the species. I was one of the first people to become a certified arborist.

My business grew by word of mouth. Now people wait a year and a half to have me come and do their trees. Some of these people, they want everything polished: not one leaf on the yard, perfect trees, all that stuff. It’s not even healthy.

Yeah, there’s some rat trees, but most trees, there’s a reason why they’re there. Many trees I refused to cut down. Because if it was a beautiful tree, what’s wrong with it? “Well, it’s shading this or that.” That’s what it’s there for! Next thing I know, somebody else would have taken it down. That’s OK. It’s their loss. And the tree’s loss.

Absolutely, I sometimes like trees better than people. They don’t give you any back talk.

Look where I live: I am between two mountain ranges. And a mountain stream comes right through me. It never stops. My wife’s here — her ashes are on the property. I’ll never leave.