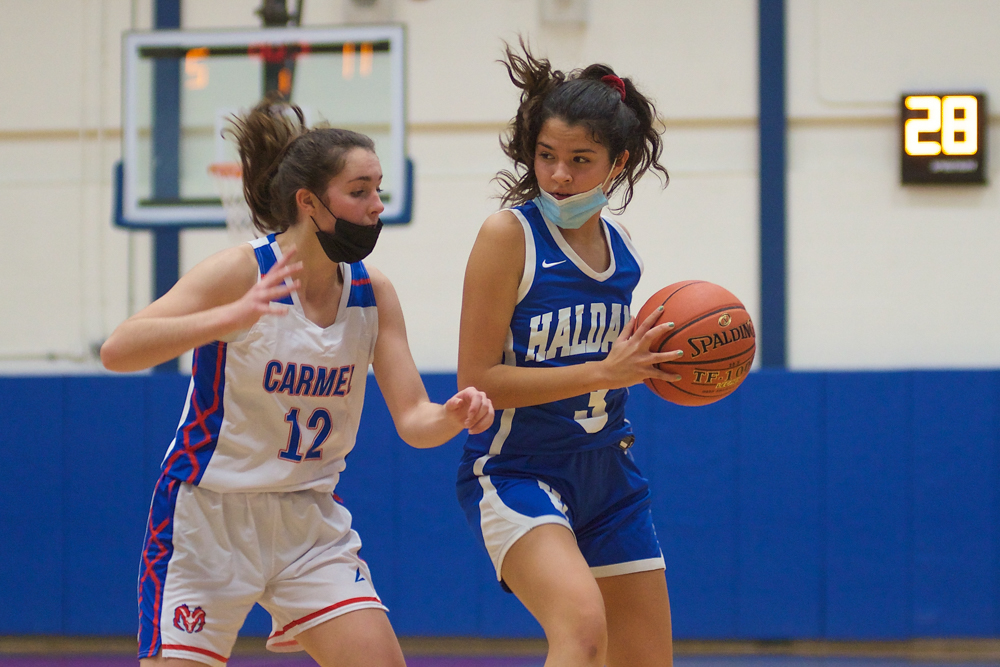 After winning one game last season, and starting this season with two losses, Beacon has now won three straight following a 64-62 victory Tuesday (Dec. 21) at Washingtonville.

With the game tied with eight seconds remaining, Leo Gecaj delivered what turned out to be the game-winning basket.

The Bulldogs, who finished 1-11 last season, are 3-2, and Coach Scott Timpano said his team likes the feeling.

“That was an incredible team win,” he said after the game. “We felt like we were in control at halftime, but then they changed up their defense, came back and took a lead. But we battled, and got great contributions from several kids who have had to be patient and wait for their opportunity.”

Included in that group are Simmy Mann, who scored a game-high 16 points. Adrian Beato added 12, Jason Komisar had 11, Darien Gillins had nine and Gecaj finished with eight. “Jason had a lot of rebounds and some big blocks for us and Leo had some great defensive stops,” Timpano said.

Beacon is scheduled to compete in a tournament at Ketcham High School next week.

Physical play and strong man-to-man defense fueled the Haldane boys last week in a 57-53 win over Briarcliff and again on Tuesday in a come-from-behind 73-59 victory over visiting Peekskill.

Against Peekskill, Haldane trailed 39-36 at halftime and fell behind by as many as nine points in the third quarter. But the Blue Devils picked up their defensive intensity and went on a 21-7 run in the fourth quarter.

Ryan Irwin led the scoring with 20 points, while Rob Viggiano added 18 and Matteo Cervone had 16.

“Peekskill is a good team, very athletic, and they surpassed our intensity,” said Coach Joe Virgadamo. “That’s where we got in a jam. But in the third we got a sense of urgency.”

Haldane (5-1) is scheduled to host Chester on Thursday (Dec. 30) at 2:45 p.m. The game will be streamed at events.locallive.tv/school/haldane-hs.

Beacon improved its record to 3-2 with a 49-41 victory on Monday (Dec. 20) over visiting Washingtonville.

Reilly Landisi scored a career-high 25 points, and Lila Burke also had a career high with 14.

“We were able to control the game offensively with timely, big-time shots,” said Coach Christina Dahl. “Defensively, Devyn Kelly stepped up for us, along with Daveya Rodriguez. And Rory LaDue gave us valuable minutes on the defensive end.”

Beacon is scheduled to host Cornwall Central on Jan. 4.

The first quarter that the Haldane girls played at Carmel High School on Dec. 16 was one Coach Jessica Perrone and her players would like to forget. They showed little energy as the Rams took a 17-2 lead on the way to a 51-42 win.

“We had no energy in the first quarter and dug ourselves a hole,” Perrone said. “The girls got mad — we saw Carmel celebrating a bit at halftime — and in the third quarter our shots started falling. I feel like we missed an opportunity.” 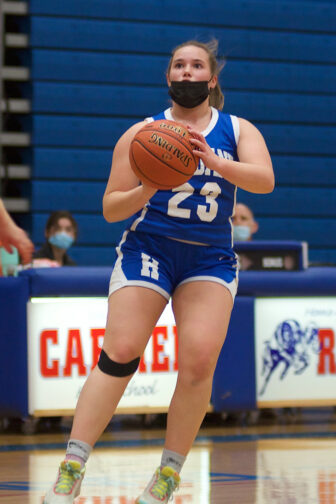 Marisa Scanga scored nine points for Haldane in a loss to Carmel.

“We should be 4-2 instead of 2-4,” Perrone said. “We have a habit of starting out slow, then fighting back from a deficit. We want to play every game like it’s our last one, because we have no idea about schools shutting down” because of a surge in COVID-19 cases. “We’re hoping for the best, with a full season and playoffs.”

Haldane lost 47-39 when it visited Peekskill on Wednesday (Dec. 22). The Blue Devils will play Croton at home on Jan. 5 and travel to North Salem on Jan. 7. 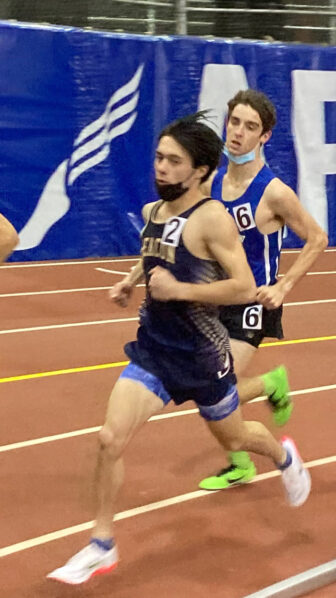 “We’ve been able to get in some great workouts and practice sessions on the track in the past two weeks,” said Coach Jim Henry. “That’s sometimes difficult considering the questionable weather of December, but it’s starting to pay dividends.”

Beacon will compete in the Pearl River Invite on Monday (Dec. 27) at Rockland Community College in Suffern.