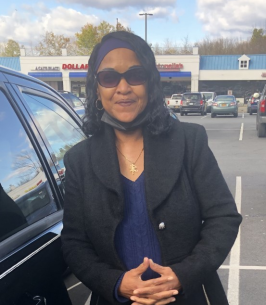 She was born April 16, 1957 in Port Chester, the daughter of Thomas and Sybilla Thompson. She married James H. Brown III, who died before her.

Rebecca enjoyed the simple pleasures in life, such as cooking and spending time with her family. She was a certified nurse’s aide and phlebotomist and ran her own daycare.

A funeral service was held on Jan. 23 at the McHoul Funeral Home in Fishkill.

Orlando is survived by his wife, Luz Maria Ospina-Lujan.

A Mass of Christian Burial was offered on Jan. 28 at St. John the Evangelist Church in Beacon, followed by interment at St. Joachim Cemetery.