Former Haldane administrator shot on side of I-84

New York State Police investigators said last week they have not given up on justice for Richie Aderson. 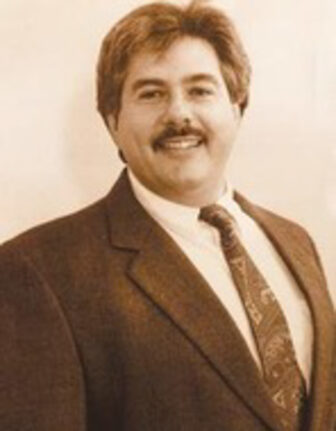 Aderson, a former director of special education at Haldane, was shot in the chest during an apparent road-rage incident 25 years ago this month, on Feb. 5, 1997, along the shoulder of Interstate 84 in Fishkill near the Route 52 exit. It was rush hour, and police estimate as many as 75 vehicles passed the scene. Aderson managed to return to his Volvo sedan and call 911 on his cellphone.

“We had an accident,” he told the dispatcher. “Pulled out a gun — shot me. Oh, please help me.”

The father of three died in the ambulance on the way to St. Luke’s Hospital in Newburgh. The slug came from a .40-caliber handgun.

Although Aderson provided the dispatcher and first responders with details about the assailant and his vehicle, and a few drivers said they had seen the men on the side of the road, investigators have never been able to identify the shooter, despite receiving 3,000 leads over the years and repeated airings of a segment about the killing on a popular television show, America’s Most Wanted.

Aderson, 47, was returning to his home in LaGrange from his job as an assistant superintendent with the Valley Central School District in Orange County. He had taken the position in 1994 after spending five years at Haldane. Before Haldane, he worked for seven years in the Lakeland district.

“Putting children first was the organizing principle of his life,” a rabbi said at a memorial service.

At Haldane, one of Aderson’s first hires was Gail Kroener, who would teach special education there for 26 years until her retirement in 2016. “I think about him a lot,” she said this week. “He would probably be retired about now, too.”

“When I applied for a job in 1990, he was the first person to interview me,” she recalled. “We had both taught in New York City and had similar backgrounds, so we hit it off.” They quickly became friends, and their families vacationed together on Cape Cod.

Following his death, Kroener and Carole LaColla, who was Aderson’s secretary for most of his time at Haldane, created a scholarship fund that raised more than $30,000 for the Aderson children.

Here is what is known about the killing: Aderson called 911 from his car at about 6 p.m. on a Wednesday. He told the dispatcher that he had been shot by another driver after both pulled over near the I-84 Diner following a fender bender.

He described his assailant as a thin white male in his late 40s (meaning he would be in his 70s now) who stood about 6 feet tall. He had a “medium” complexion, close-cropped beard, “half a bald head,” thin nose, aviator-type eyeglasses and was driving a late-model, dark green Jeep Cherokee or similar sport utility vehicle. 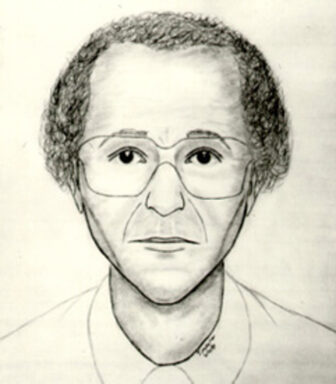 Police released a composite sketch of the suspect a week after the killing based on Aderson’s description and those of witnesses who had passed the scene. Not all agreed on the features.

The vehicle’s license plate had green letters and numbers on a white background, which resembled those issued by New Hampshire, although Massachusetts and Florida plates also had those colors. Police focused on New Hampshire, where within a year they had checked on more than 1,800 Jeep Cherokees manufactured in 1996 or 1997.

They also focused on current and retired police officers because Aderson said the shooter told him he was a cop, although investigators said that may have been a bluff. Two years after the killing, the New York State Police said they still had two investigators working on the case full-time, and four part-time.

Dave Aderson, who was 8 when his father died, now lives in Poughkeepsie and works in communications for Metro-North Railroad. In 2017, on the 20th anniversary of the killing, he told The Poughkeepsie Journal that he felt the only way the killer would be brought to justice after so many years was a confession.

Asked this week if he still felt that way, Aderson said: “It’s tough because there hasn’t been much movement on the case in the last five years, and there haven’t been substantive leads since pretty close to when it happened. It makes me feel like, if no one has said anything by now … But there’s always that glimmer of hope that if someone does know something, they’ll have a change of heart or feel obligated to tell someone.” 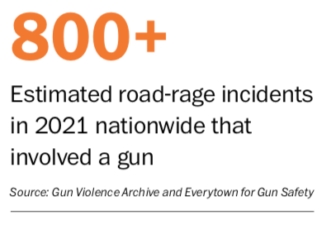 Technology played a role in the killing, both in its presence and absence. While Richard Aderson was an early adopter in having a mobile phone to call 911 from the scene, there were no E-ZPass or license-plate readers that might have identified the assailant’s vehicle. The killing also involved a brief, chance encounter between two strangers, making it more difficult to solve.

Aderson said he still drives his dad’s Volvo whenever he has a chance. It is parked at his mother’s house; the minor damage caused by the accident has never been repaired. “It has 200,000 miles on it,” he says. “It’s a cathartic thing for me. Back in the early 2000s, I drove it to Tennessee and back with a friend and it felt like we were paying homage.

“I was young when everything happened, but I remember him as a great guy,” he said of his father. “He was a big-time Knicks and Yankees fan, and we watched a lot of basketball games together. He also was a black belt; we’d wrestle around in the living room. He really cared about his family.”

Aderson said he and his two older sisters and mother have “all found our ways to find peace in this the best we can. We all handle it differently. I never had an issue talking about it, but they may not have the same openness. He’s gone and nothing is going to change that, but time does heal certain aspects of it.”