The March 15 election in Nelsonville for Village Board firmed up this week with the addition of two more candidates for village trustee — a job familiar to both.

They join Tom Campanile, who announced his campaign in January, on the ballot to vie for two seats: the one occupied by Moroney and one held by Trustee Chris Winward, who is running for mayor. Trustees serve two-year terms.

The other candidate to succeed Mayor Mike Bowman, who chose not to run for another term, is Rudolf van Dommele.

Moroney, a Nelsonville resident for 19 years, owned a construction business before retiring in 2020. “If re-elected, I would like to continue improving our roads and repairing or replacing sidewalks,” he said in a statement. “I would like to keep our taxes low, improve safety on Main Street and, as always, be available for all our residents at all times.” 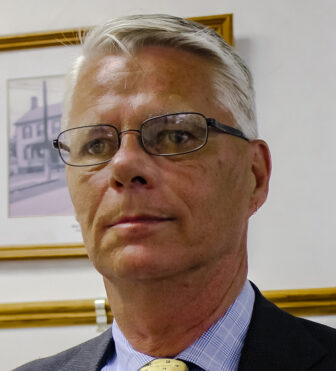 Potts, a science teacher, said that his 28-year career has mostly focused on teaching disadvantaged children in public schools in New York state. (He also served in the Peace Corps.) He moved to Nelsonville in 2004 and was elected trustee in 2017, but failed in a re-election bid in 2019, and in 2021 lost a comeback attempt by two votes.

“I offer experience, awareness of current issues and integrity in managing village affairs,” he said, promising residents that “I will always solicit your input” and “am only concerned with being a good steward of our village resources and character.”