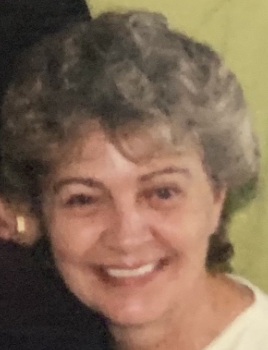 A Christmas baby, Catherine was born in Yonkers on Dec. 25, 1940, the daughter of Thomas and Dorothy Barca. She was the eldest of five, followed by Alyce, Dotty, Tommy and Bill.

She met the love of her life, Frederick Isler, when she was 13. They were married in 1961 and had recently celebrated their 60th wedding anniversary on the shores of the Hudson River — a river that was so much a part of her life.

Catherine was a member of the Westchester County Marine Corps Woman’s Auxiliary and served as its president. Among other jobs, she worked for Geigy, Butterfield Hospital, McNally and Kelly Insurance — each of which allowed her to greet her grateful children when they returned home from school. Her favorite job, she always said, was being a mother.

Along with her husband, Catherine is survived by her children, Jeanne Isler Maletz (Oliver) and their son, Cooper); and Frederick Isler Jr. and his sons, Frederick III, Derick and Brett. Her daughter, Lorraine, died before her.

Memorial donations may be made to Our Lady of Loretto Church (ladyofloretto.org), the Sisters of the Atonement of Graymoor (graymoor.org) or the Franciscan Brothers of Graymoor (atonementfriars.org). 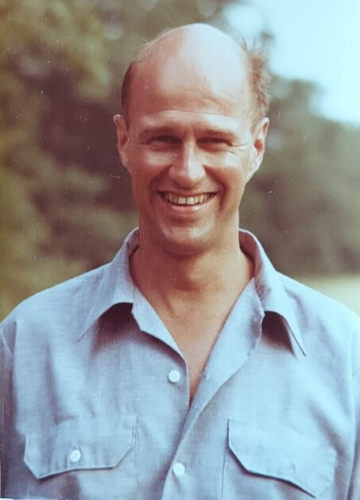 He was born June 5, 1935, in Lakewood, Ohio, the son of Brynhild and Olav Kulleseid, Norwegian nationals who were working in the U.S. Shortly after his birth, the family, including his older brother, Hans, returned to Norway. Following the German invasion in 1940, Lars’s father returned to the U.S. — he thought temporarily — to work and send money to his family.

Upon the entry of the U.S. into the war, Lars and Hans came to the attention of German authorities because they were American citizens by birth. Their mother secured forged travel papers and she and the boys were able to cross the border to Sweden by train on a winter night in December 1942. They spent the balance of the war in Sodertalje, near Stockholm — memories of which for Lars were happy and bright.

In 1946, the three came to the U.S. and were reunited with Lars’ father. They settled in Sea Cliff, Long Island, where Lars rapidly acclimated to life in the U.S. Soccer and his keen intelligence drew the attention of Yale, where he matriculated in 1953. He studied electrical engineering and graduated in 1957 with highest honors.

After graduation, Lars traveled by steamship to Norway, where he would spend a year on a Fulbright scholarship. As the ship sailed past the Statue of Liberty in the New York City harbor, he met Marit Gundersen, a Wellesley College student headed to the Oslo Summer School. They quickly fell in love and were married in La Crosse, Wisconsin, on Aug. 27, 1960, after his second year at Harvard Law School. He graduated in 1961.

Lars accepted a position at the New York City patent law firm of Fish & Neave as a litigator. He took a leave of absence to work for U.S. Attorney Robert Morgenthau, returning to the firm in the late-1960s, where he became partner in the early 1970s.

One of his seminal cases was representing Polaroid successfully against Kodak when the latter tried to get into the instant camera business. At the time it was the largest patent infringement case in history. He remained at Fish & Neave through its merger with Ropes & Gray in the 2000s.

Having grown up with instability and dislocation, Lars prioritized putting down roots. He loved land and open space, so he and Marit moved to Garrison in 1964, despite the daily hour-plus commute to his work in New York City. They raised three children there, with a strong diet of sports, activities and family. His love for land continued, and he was instrumental in building the Hudson Highlands Land Trust into a dynamic force for conservation.

The fire of life burned bright in Lars, his family said. On any given winter day, conditions permitting, you would find him playing hockey with his hockey crowd on whatever pond in the area had the best ice. Thin ice was always something to be tested, not avoided. During summers spent at the family cabin on Canada Lake in the Adirondacks, he would head off into the woods with his faithful golden retriever companion, Loki, to bushwhack for hours around the North Branch of the West Branch of the Sacandaga River.

He was passionately interested in people and the world, and traveled to Africa, the Middle East, South Asia, South America, Europe and the Caribbean. He was an insatiable consumer of news and devoured The Economist weekly.

Lars maintained and instilled in his children a love for Norway and all things Norwegian, returning to visit relatives there many times over the decades.  He always honored guests at the Kulleseid dinner table by leading a raucous rendition of a traditional Norwegian toast, “Og dette skal være.”

The final seven years of life saw him afflicted with Alzheimer’s and reduced heart function. Those years were spent mostly in the company of Marit and other family. He passed away peacefully, surrounded by his wife and three children.

Along with his wife of 62 years, he survived by his children, Erik, Sara and Nils; three children-in-law; and seven grandchildren. His older brother and protector, Hans Olav Kulleseid, died earlier.

Danka Ilieva Lambova, 91, of Cold Spring, died Feb. 11 at home, with her daughter at her side.

Danka lived in Bulgaria until 2007, when she immigrated to the U.S. to be closer to her daughters, Ilka and Mariana. She moved to Manhattan in 2007 and to Cold Spring in 2015.

Danka will always be remembered as a loving daughter, wife, sister and mother, her family said.

Services will be held in Bulgaria, with local arrangements under the direction of Clinton Funeral Home in Cold Spring.

Alberta A. Nelson, 88, of Cold Spring, and formerly of Peekskill, died Feb. 15 at NewYork-Presbyterian Hudson Valley Hospital in Cortlandt Manor.

She was born June 9, 1933, in Peekskill, the daughter of Albert Jr. and Ann Marie (Topaceski) Nelson.

Alberta is survived by her sisters, Barbara King of Buchanan, Alice McCaffrey of Wisconsin and Carol Sayres of Garrison.

A graveside service was held on Feb. 18 at Hillside Cemetery in Cortlandt Manor.