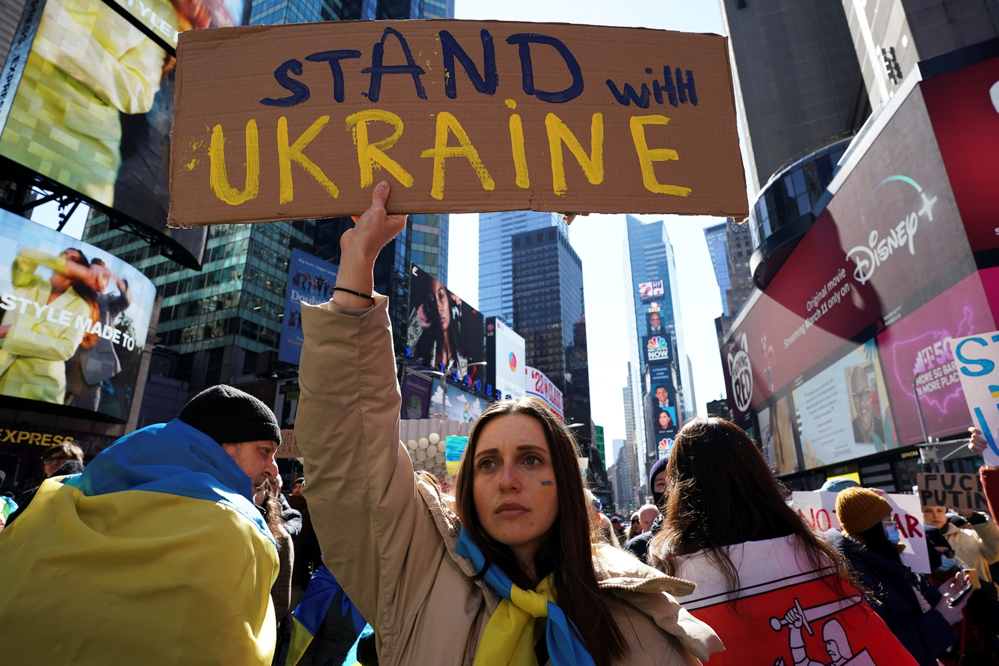 A woman shows her support for Ukraine during a rally in Times Square on Feb. 26. (Photo by David Delgado/Reuters)

The invasion by Russia of neighboring Ukraine on Feb. 24 is being felt in the Highlands, where Ukrainian-Americans have been watching the destruction of cities within their country unfold on television, on social media and in anguished phone calls and texts from family and friends.

They say they are angry over the military action and fear for relatives and friends but also feel pride at the resistance by the Ukrainian military and armed civilians.

For weeks, Yuriy Herhel and his wife, Melissa, who own the Fred Astaire Dance Studio on Route 9 in Philipstown, had urged his mother to leave Ukraine as Russia amassed missile launchers, tanks and soldiers at the borders. 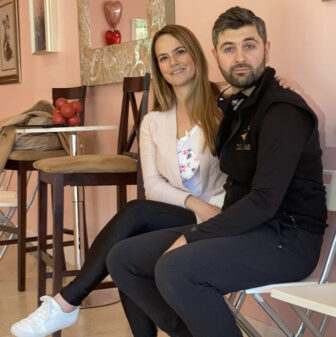 Melissa and Yuriy Herhel at their Philipstown dance studio

“You could see the writing on the wall — it was coming,” said Melissa Herhel, but, like many Ukrainians, Nina Herhel did not think Russian President Vladimir Putin would invade. “She just kept telling us: ‘Relax. It’s going to be fine.’ ”

Nina Herhel is now one of more than 1 million Ukrainians who had left the country as of Thursday (March 3), according to the United Nations Refugee Agency. She arrived in Krakow, Poland, on Sunday (Feb. 27), three days after the invasion began and after a 40-hour journey by train that began in Poltava, said Yuriy Herhel.

“It has been the worst five days of our lives,” he said.

Liliya Shylivska, who came to the U.S. in 2005 and has been living in Cold Spring since 2008, said friends in Kyiv, the capital, have told her they have been hiding in basements with their children without much food and water. 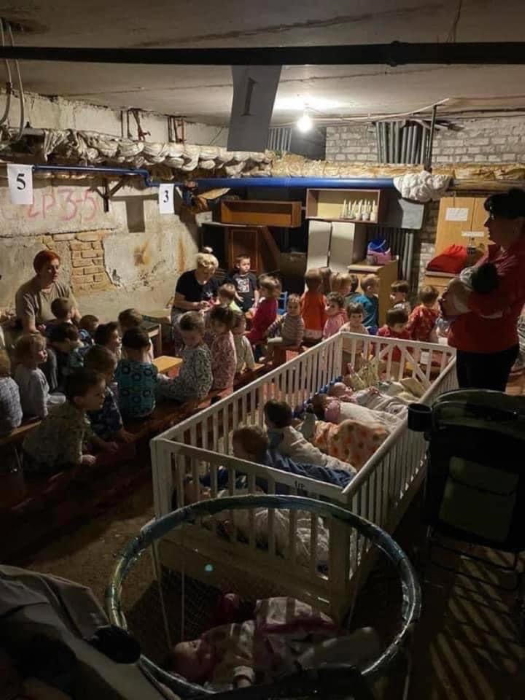 Children and parents hide in a basement in Kyiv. (Photo provided)

They reported schools and hospitals being bombed, news that Shylivska said left her heart “ripped apart. I cannot sleep, I cannot eat. I am worried about my parents, my friends and all the people of Ukraine.”

She and her teenage son have been protesting in New York City.

Julia Kisla Taylor, another native of Ukraine, was a high school student in 1991 when the Soviet Union collapsed and Ukraine became independent. She left Ukraine at age 19 to attend college in the U.S. and today lives in Cold Spring with her mother, who left the country 10 years ago. Together they have been watching Ukraine’s independence under threat.

Taylor’s father, twin brothers and stepfather remain in Ukraine in an area between Kyiv and Kharkiv, its second-largest city. Both have been damaged by Russian shelling.

“For families who are involved in the conflict, it’s not even day-by-day — it’s by the hour,” Taylor said. “We’re just praying that when we pick up the phone [to call] that our family answers and that everybody’s still alive.”

On Wednesday (March 2), Russian troops moved closer to Kyiv and Russia claimed that it had captured Kherson, a city on Ukraine’s southern coast along the Black Sea.

The United Nations’ Human Rights Office said on Thursday that it had recorded 227 civilian deaths, including 15 children, but noted that the actual figure is likely much higher. 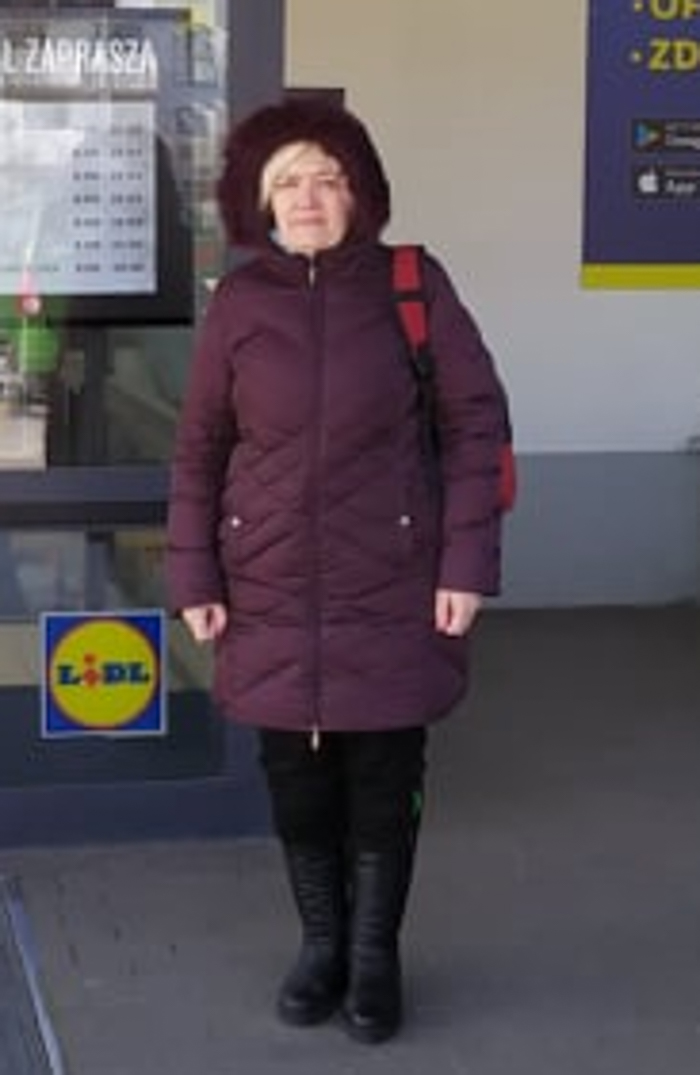 Nina Herhel after her arrival in Poland this week (Photos provided)

Nina Herhel’s escape began with disappointment: Initially, there were no tickets available from Poltava, but someone canceled, said Yuriy Herhel. Because the train only runs every other day, she had to wait. The ride to Poland, undertaken with the train lights off to hide its movement, included three stops in Kyiv.

While Nina is safe, one of Yuriy’s cousins, in his early 30s, and an uncle who is 58, have taken up arms to defend the country, he said. Both he and Melissa worry that Russia will attack the subway stations where thousands of Ukrainians have taken shelter, or use chemical weapons.

“He’s the biggest terrorist, biggest criminal, biggest Nazi,” said Yuriy of Putin, who has claimed that one of Russia’s goals is to “de-Nazify” Ukraine.

Taylor said she is proud of the “scale and bravery” of the Ukrainians defending the country. She and her mother have been watching developments on a Ukrainian news station to which they subscribe. “People who are reporting from Ukraine, they’re being bombed, civilians are dying and they’re still trying to unite the country,” she said.

Shylivska said she is “proud to be a Ukrainian.” She is skeptical about the effectiveness of the sanctions imposed on Russia by the U.S., Europe and other Western countries. She advocates military intervention despite fears it could escalate into a nuclear conflict, saying Putin would “get scared.”

While the debate continues about how involved the U.S. and Europe should become in the conflict, Ukrainians in the Highlands say they are grateful for the support.

In Krakow, Nina Herhel is applying at the U.S. embassy for a visa to travel to Philipstown, where she could meet her 3-month-old grandson. Melissa Herhel said U.S. Rep. Sean Patrick Maloney has written a letter of support to expedite her visa application and that Nancy Montgomery, who represents Philipstown in the Putnam County Legislature, has also offered assistance.

“It’s nice to see that people are so willing to step in and say, ‘What can we do to help you?’ ” said Melissa.