For budding Ava DuVernays, Christopher Nolans and Chloé Zhaos, or for students looking for something new to explore, The Foundation for Beacon Schools is planning a student film festival for productions up to two minutes long.

Films suitable for a general audience made by Beacon City School District students must be submitted by April 19 for a screening scheduled for May 14 at Beacon High School. There will be separate screenings for submissions from elementary school and middle and high school students.

Maureen Neary, the director of the foundation, says a film festival “ticks all the foundation boxes: Everyone has access to a screen, and the two-minute limit is doable. Nowadays, every kid seems to be making five-minute movies on YouTube. Kids these days are native to the technology; their lives are very screen-based and they like to express things that way.

“This is an opportunity to show off a little, get parents involved and then the community,” she says. “That it’s taking place in a pandemic lets them show their perspective. It’s new and something everyone can join, which lines up with the foundation’s goal to have access to every Beacon public school student. There are also lots of resources to them, including media kits in all the schools and at the Howland Public Library.”

The inspiration for the festival, she says, was the P.S. 187 Film Festival founded and co-produced by Michael Bridenstine, a middle school teacher in New York City, at his son’s school. It has screened more than 350 films. 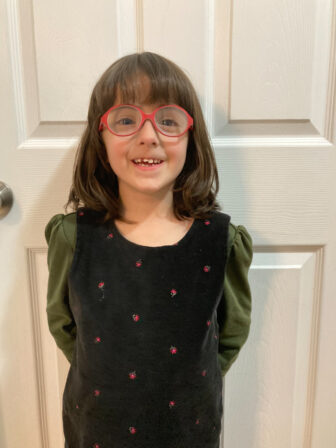 In Beacon, a parent or guardian must register online and agree to take responsibility for overseeing the project, especially when filming outside. Family members, friends and teachers can help but should be credited. Students should also sign up for the festival’s email list at bit.ly/FBS-film-fest.

Organizers say they expect most students will make their films with a smartphone. Several professional filmmakers from Beacon have been sharing their expertise through online help sessions. At one, Ana Joanes provided examples of taking seemingly small ideas and making them big.

Next up is a session on editing a film, on Monday (March 14) for elementary students and Thursday (March 17) for middle and high school students. See foundationforbeaconschools.org/film-festival.

Neary says she sat in on a workshop because she wondered what the interest level would be among students for a film festival, particularly in the elementary grades. She was pleasantly surprised.

“We had 10 or 12 really enthusiastic kids brimming with ideas, who wanted to tell us all about them,” she says. “It was really heartening. These were big imagination kind of ideas.”

One elementary participant, Madelein Devin, who is 6 (although she noted she’ll be 7 in May), said she was contemplating “a monkey-bars movie” called Monkeys at Work. “People watching will be scared, then not scared,” she says.

Bridenstine, who has been advising the Beacon organizers, offers encouraging tips for students, families and teachers on how to make a short film at 187ff.com. “The passive act of viewing becomes the positive act of creating,” he says.

Neary has a 7-year-old and a 10-year-old who are involved, and she says her second grader, in particular, is “taking off in a way we didn’t dare to hope.”

Some ideas put forward thus far by the nascent filmmakers include, according to Neary, “a dragon fight; a stop-motion; a big conflict which is then going to be resolved; a situation with dolls; fitting in; a karate match”; and one described as “top secret.”