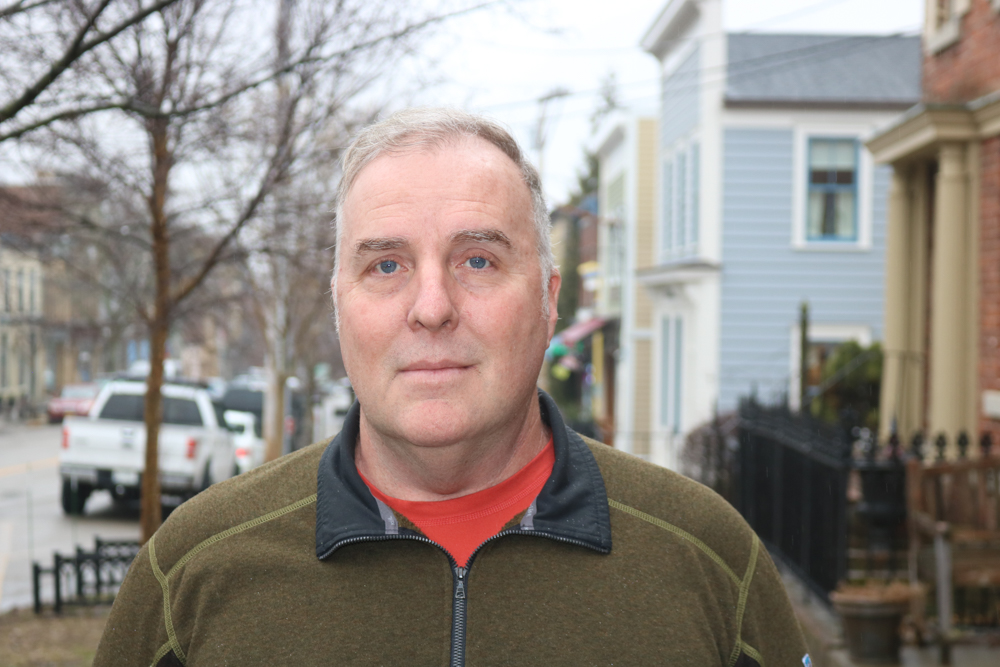 You served during the first Gulf War and in Iraq. Did the outdoors help you cope with the aftermath?

It did. That was how I started working in this field. When I was getting close to retiring from the Army, I went on an Outward Bound expedition for veterans — a dog-sledding trip in Minnesota. That’s what hooked me on the possibility of this being my second career.

What’s your role in the program?

I’m one of about 900 full-time employees. We offer a wide range of activities, from hikes, multi-week back-country expeditions and mountaineering, rafting, canoeing on flatwater or whitewater, scuba diving. We have about 7,000 volunteer outdoor leaders. In some parts of the country, we partner with American Legion posts or other veterans service organizations. Tomorrow morning I’m leading a hike myself, to Breakneck Ridge.

Are the effects of the outdoors on veterans obvious or subtle?

We recently completed a study at the University of Utah that showed, even after a single, three-day backpacking trip, a decrease in a veteran’s sense of loneliness, an increase in their sense of belonging and an increase in their sense of well-being. I’ve seen dramatic changes — people who tried to participate for months but were just too anxious to leave their apartments in the city, when they finally get the courage to go on a short group hike, they get hooked and we see them once or twice a month. That’s transformative for somebody who was so stressed. Human beings need physical, social and emotional health to be fully functional. Even if veterans are not in need of therapy for PTSD [post-traumatic stress disorder], depression or anxiety, they still benefit.

The benefits of a tranquil natural setting are understandable. But do combat veterans really need more “adventure?”

Remember, not all veterans are exposed to combat. A Navy sailor on a submarine or an Air Force mechanic working on jet engines has a different experience than a Marine Corps pilot flying a Cobra gunship. But we all become veterans. If I work with a woman of color who retired in the 1980s, her experience was completely different from mine. The actor Adam Driver was a Marine and says he loved every minute of it. But I can find other veterans who had horrible experiences, their service tainted by everything from sexual harassment or rape, to negative leadership, to falling into the rabbit hole of drugs and alcohol.

Is enough being done to ensure the physical, emotional and mental health of veterans?

Most veterans are doing fine. About 70 percent of the population is doing great. The [federal] Department of Veterans Affairs is trying to meet veterans needs. It is always changing how it recruits veterans, but only about half are enrolled in the system. Some don’t want to be part of it, some don’t qualify for full care, some don’t have a positive experience. But some states, including New York, are doing an excellent job filling the gap. Every county in New York has a veterans service officer whose sole responsibility is to ensure veterans who move into that county are able to transition into a healthy civilian lifestyle.