Howland to again echo with laughter

Ophira Eisenberg, Christian Finnegan and Pete Dominick are putting their heads together to make you laugh.

Under the banner, “Smart Mouth Comedy: A Three-Headed Comedy Tour,” they are heading to the Howland Cultural Center in Beacon on April 2 to bring yuks into what’s been a wearying two years.

They presented the show elsewhere before the pandemic, with Dominick as host and Eisenberg and Finnegan doing stand-up but hope to experiment at the Howland by adding a group set with some audience interaction, Finnegan says. The members of the trio will be familiar to Beacon audiences from The Artichoke storytelling series. 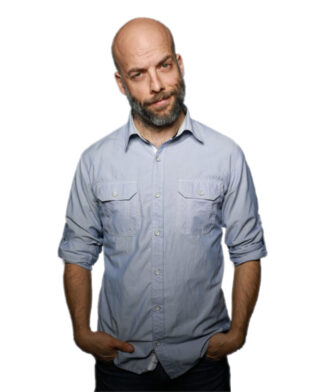 The show — originally scheduled for January but postponed by the omicron strain — also will pave the way for more comedy at the Howland Cultural Center. Serious Comedy Theatre, formerly at the Beacon Theater, will begin an every-other-month comedy and variety show with comedian Joey Dardano on Second Saturdays, starting April 9.

Eisenberg, Dominick and Finnegan met 20 years ago through stand-up. Dominick became an audience warmup for late-night TV shows, such as The Daily Show and The Colbert Report, before hosting his own show, What the Week, on CNN. He later launched Stand Up With Pete Dominick, a daily radio show on Sirius XM, and that led to a podcast that mixes issues of the day and comedy.

“His focus is largely on politics,” Finnegan says. “But he sometimes has comedians on, to dumb things down.” Finnegan was a guest on the podcast, followed by Eisenberg, and then they became Friday regulars.

Eisenberg hosted National Public Radio’s syndicated comedy trivia show, Ask Me Another, which ended a nine-year-run last fall. The Canadian has hosted The Moth many times, as well as told stories on the show. “We both have done The Artichoke, in part because we were looking for friendly venues which weren’t straight-up comedy,” Finnegan says.

“Ophira is just so, so smart,” he says. “She has that Canadian niceness, but underneath, she’s got teeth. She has an acerbic take on motherhood and delivers the kind of material on being a parent you don’t usually hear but will relate to.” 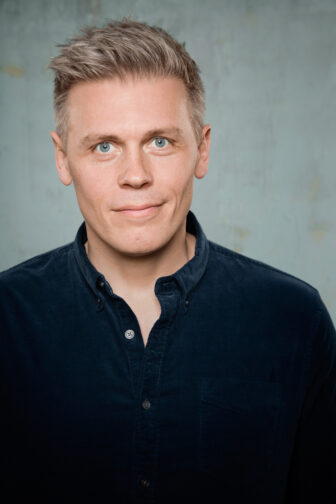 Describing himself, Finnegan says that, as a child, he wasn’t a class clown. Instead, “I would stew a lot about ways I felt I had been wronged, and I feel like I entered [comedy] from that perspective. I went to college as an actor and hated it, shifted to playwriting, then to other types of writing, but I had no discipline. I got into stand-up as a hybrid of the two: acting and writing. When it went well, I wanted to try it again, and when it went poorly, same thing. That’s when I knew.”

Finnegan was one of the original panelists on VH1’s Best Week Ever, has made many Comedy Central appearances and is frequently seen on Countdown with Keith Olbermann.

“I like to say that I have a lot of smart takes on stupid topics and vice versa,” he says. “People who enjoy what I do are smart people who are maybe a little drunk.”

He adds: “Places like the Howland Center are great if you want to do more storytelling humor, rather than boom, boom, boom, landing a joke.”

The lockdown was tough for comedians, he said, before comparing the genre to a cockroach. “It’s hard to kill it,” he says. “Actually, it felt like the comedy community was being singled out — like for a long time you could have trivia nights in venues, but not comedy shows. It led to many trivia nights without much trivia being played. There were times early on in the pandemic when people, often younger comics, were freaking out because they thought they would forget how to do stand-up. I told them to relax.”

When clubs and other comedy venues closed, comedians migrated to Zoom and Instagram, or to giving free shows at local parks, he says. “As a comedian, a lot of your self-worth is based on doing comedy, so it feels unnatural not to be doing it. You go on a quest for spaces to perform.”