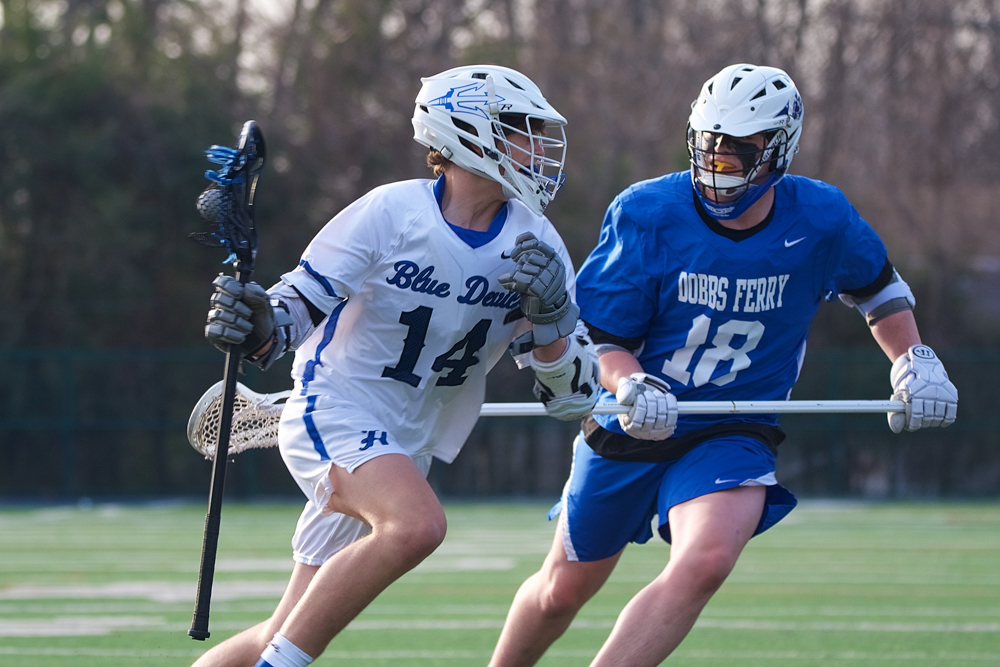 Rhys Robbins rolls around the crease looking for an opening against Dobbs Ferry. (Photos by S. Pearlman)

Liam Gaugler had four goals and Rhys Robbins and Jesse Hagan each added a hat trick on Tuesday (April 5) as Haldane raced to a 9-1 halftime lead on the way to a feel-good, 16-8 victory over Dobbs Ferry in Cold Spring.

“I was a little nervous going in,” said Coach Ed Crowe. “Dobbs is usually a pretty athletic team. What I liked was the balanced scoring — seven guys scored, and [on April 2] against Carmel we had five guys score. Our defense, so far, has been pretty stout.”

Keeper Jordan Hankel made 16 saves, and Frankie DiGiglio and Dylan Rucker combined to win 18 of 21 face-offs.

In addition to his three goals, Robbins handed out two assists. Evan Giachinta had two goals and four assists; DiGiglio scored twice and had an assist; Will Sniffen had a goal and four assists; and Rowen Kuzminski added a goal.

“Hankel has been our anchor on the defensive end,” Crowe said. “And I’m seeing a total team effort; top to bottom, we’re playing strong and with confidence. It’s a beautiful thing to see to start the season.” 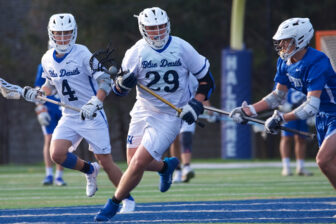 At home against Carmel, the Blue Devils led 5-4 at halftime but came up on the short end of a 7-6 final.

Giachinta had two goals and three assists, Gaugler, Ryan Van Tassel, Sniffen and Kuzminski each had a goal. Hankel made seven saves.

“It’s always tough playing a [Class] AA school, and this is the best Carmel team I’ve seen,” Crowe said. “We came in fired up and did a nice job staying in the game. To play well against a school that’s double or triple our size — I was pleased with that effort.”

Haldane is scheduled to host Sleepy Hollow on Saturday (April 9) at 11 a.m., and O’Neill on Tuesday at 1 p.m.

On Wednesday, Haldane scored its first goals at Eastchester but fell, 15-7. Mairead O’Hara and Amanda Johanson each had two goals; Ellen O’Hara, Kayla Ruggiero and Helen Nicholls each scored one; and Nicholls and Caroline Nelson each had an assist. Keeper Lola Mahoney had 12 saves.

“On Tuesday we didn’t play our best,” said Coach Keri Dempsey. “But on Wednesday we came out with intensity. Lola was amazing in the net, and we found our groove in the second half. The team is showing improvement already. Kayla was awesome on attack as an eighth grader, and O’Hara, Johanson and Nelson all played well.”

Haldane is scheduled to host Arlington on April 20 and Keio on April 22. 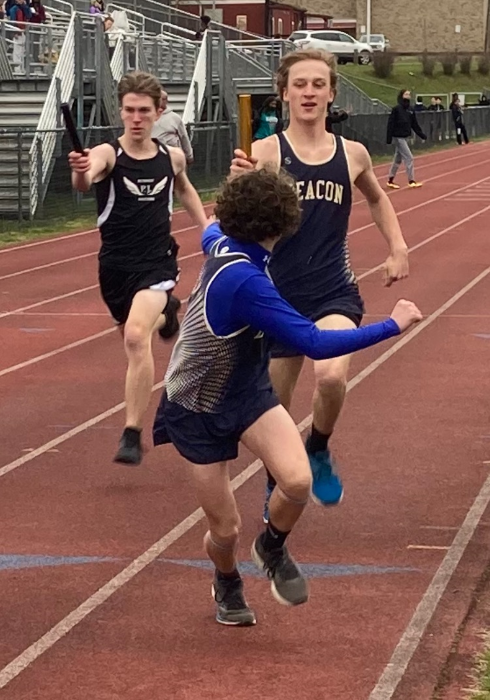 The Beacon boys defeated Port Jervis, 85-41, in a meet on Wednesday (April 6) at Port Jervis.

Eddie Manente ran a personal best in the 100 meters at 11.4 seconds to win that event. He also anchored the winning 4×100 relay.

Against Goshen on Monday at Beacon, Evan LaBelle won the 1,600 and anchored the winning 4×800.

The Goshen meet was suspended due to darkness with Beacon one point ahead. Since it will not be continued, it will go in the books as a victory for the Bulldogs, said Coach Jim Henry.

The Beacon girls lost to Goshen and Port Jervis. The Bulldogs will travel to Cornwall on Saturday (April 9) and Suffern on Thursday (April 14).

Beacon picked up a 15-2, five-inning victory in its season opener against Monticello on Monday (April 4) at home. On the mound, Olivia Ciancanelli recorded five strikeouts and Isabella White had one.

Christina Merola had three RBI and went 2-for-3 with a double for the Bulldogs, Olivia Spiak and Leanna Rinaldi each went 3-for-3 with two RBI, and Katherine Ruffy drove in a run and went 3-for-4.

“That was a nice home divisional win to open the season,” said Coach Michael Carofano. “I’m proud of the way we approached our at-bats, and had a few girls with multiple hits. Defensively, Ciancanelli and White combined for six Ks and three hits, and we had their backs in the field with good team defense.” 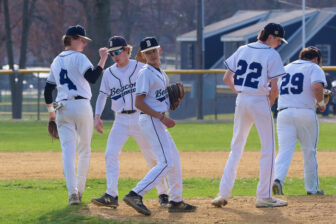 The Bulldogs opened their season with an 11-1 win over Monticello.

“Vollaro and Brown both did a nice job for us,” Coach Bob Atwell said of his pitchers. “They battled and threw strikes.

“We played solid defense and got timely hits,” he added. “In his first varsity start, Heaton was good, and Tyler also had a good start. It was a nice opener for others, as well. Fontaine did a nice job behind the dish, and Murphy did a good job getting on base.” 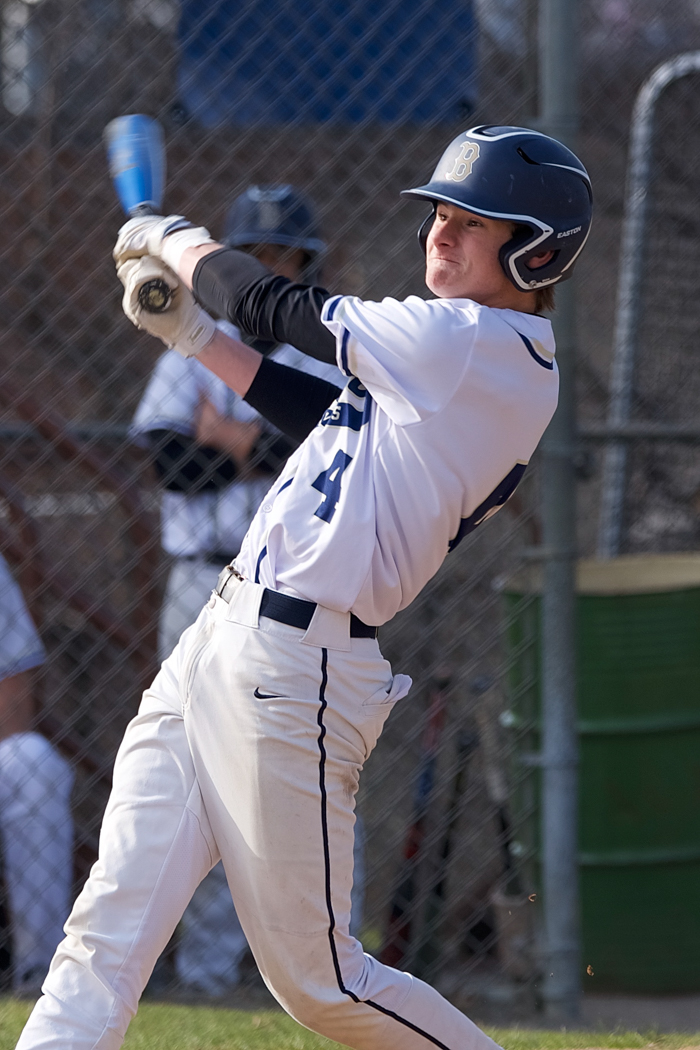 On Tuesday, Beacon fell to Port Jervis, 10-4, at Memorial Park. Atwell said the Bulldogs were especially hurt by errors in the field and balls from the mound.

“Our inability to get ahead in the count and throw consistent strikes hurt us,” he said. “We gave up 12 walks — that’s the difference in the game.”

Vollaro, Owen Bozsik and Ronnie Anzovino each had an RBI for the Bulldogs, who are scheduled to host Newburgh Free Academy today (April 8) at 4:30 p.m.

Haldane picked up a 17–0 victory in three innings on Tuesday at Palisade Prep in Yonkers. Trajan McCarthy picked up the win with three strikeouts, while Dan Nakabayashi went two innings and struck out six.

Jeremy Hall hit a solo homer for Haldane, and John Kisslinger and Jake Hotaling each had two RBI.

“I like that we didn’t play down to the competition,” said Coach Simon Dudar. “Trajan and Dan pitched well. Jeremy did a nice job and Dan got his first varsity hit.”

Haldane is scheduled to host Croton-Harmon today at 4:30 p.m.