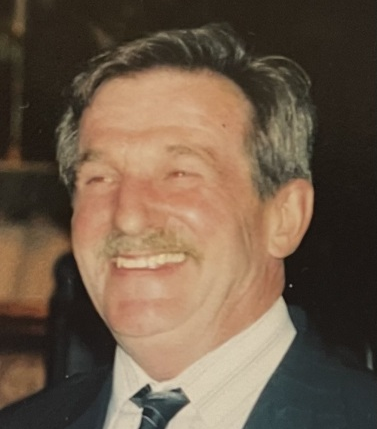 He was born Dec. 14, 1946, the son of Earl Merrigan and Esther Daley. Tom was a veteran of the U.S. Army, where he learned automobile mechanics. He worked at various garages before retiring from A&G Auto Repair in Wappingers Falls.

Tom was a longtime member of the Nelsonville Fire Department and a former chief. Throughout his years at the fire department, he enjoyed hosting auctions, spaghetti dinners and pancake breakfasts, and selling Christmas trees, his family said. His love for the fire department trickled down to his son, Thomas.

Anyone who knew Tom “Bird” knew his children always came first. He was the guy who always made you laugh, put a smile on your face and had quirky jokes. Tom has always been described as one of the good ones, his family said.

Visitation will be held on Monday (April 18) from 4 to 8 p.m. at Clinton Funeral Home in Cold Spring, followed by a funeral service on April 19 at 10:30 a.m. at the funeral home and interment at Rose Hill Cemetery in Putnam Valley with military honors.

Curtis A. “Curt” Thompson, 70, of Montgomery and formerly of Cold Spring, died April 3.

He was born in North Dakota on June 29, 1951, the son of Ray and Marilyn (Gunn) Thompson. He grew up in Charlottesville, Virginia. After graduating from Virginia Tech, Curt returned to Charlottesville to start his career.

After being named a chief financial officer in the publishing industry, Curt moved his family to Cold Spring. In 2005, he relocated to Montgomery, where he met his Diane Jarkiewicz. They spent the next 15 years going on adventures, exploring interests and working to make their home and land a place filled with peace and love, his family said.

Curt left the world on a rainy day, listening to music he enjoyed, surrounded by those he loved and whose lives he touched so deeply, his family said. He had an incredible sense of humor and loved golf, baking and nature.

Along with his wife, he is survived by his children Matthew Thompson (Erin) andr Diana Thompson; his stepchildren Caitlin Kennelly and Joseph Kennelly and his sister Valerie Daniels. Memorial donations may be made to the Humane Society of Walden (waldenhumane.org) or the Town of Montgomery Food Pantry, P.O. Box 423, Montgomery, NY 12549.