A special master appointed by a state judge to determine the boundaries of New York’s 26 congressional districts and 63 state Senate seats has triggered a scramble in which elected officials are finding they will not face the opponents they anticipated — and sometimes that they will have to defeat another member of their party for a chance to stay in office.

The judge, Patrick McAllister of Steuben County, concluded, following a challenge by Republican voters, that congressional and state Senate maps created by the state Legislature violated the New York Constitution by creating too many advantages for Democrats. The special master he assigned to redraw them released the revisions this week.

McAllister still must approve the maps but candidates are jockeying for position in anticipation that he will. [The judge approved the maps, with slight changes, late Friday.] Because of the delay, primaries for Congress and the state Senate races have been pushed back two months, from June 28 to Aug. 23.

Under the revised maps, Philipstown would shift from District 18 to District 17, while Beacon would remain in the 18th. The communities have been represented by a Democrat, Rep. Sean Patrick Maloney, who lives in Philipstown and won the office in 2012.

There is no requirement, under the U.S. Constitution, that congressional candidates live in the district they represent, but Maloney said via Twitter on Monday (May 16) that he plans to run in District 17. 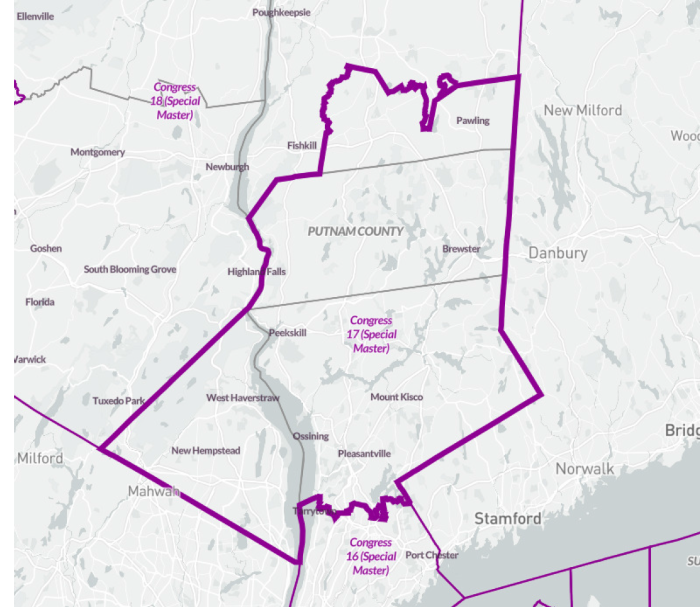 The new 17th Congressional District would include Philipstown.

“From my point of view, I’m just running from where I landed,” he told The New York Times the next day. “If someone else is looking at the district, as well, obviously we will try to work through that as colleagues and friends.”

Although Joe Biden received about 55 percent of the presidential vote within the boundaries of both the new 17th and the new 18th, the former is considered more reliably blue and Maloney was immediately criticized for not leaving it for Rep. Mondaire Jones, a Democrat in his first term who represents the current 17th.

[On Saturday, Jones announced he would run for the seat representing the 10th District, in lower Manhattan and Brooklyn.]

The criticism of Maloney comes in part because he heads the Democratic Congressional Campaign Committee, which works to get Democrats elected. Maloney was seen as a stronger candidate to defeat Marc Molinaro, Dutchess County’s Republican executive who had been campaigning for the 19th but whose hometown of Red Hook was moved into the new 18th. But Molinaro announced that he will continue to run in the 19th, rather than switch his campaign to the 18th. 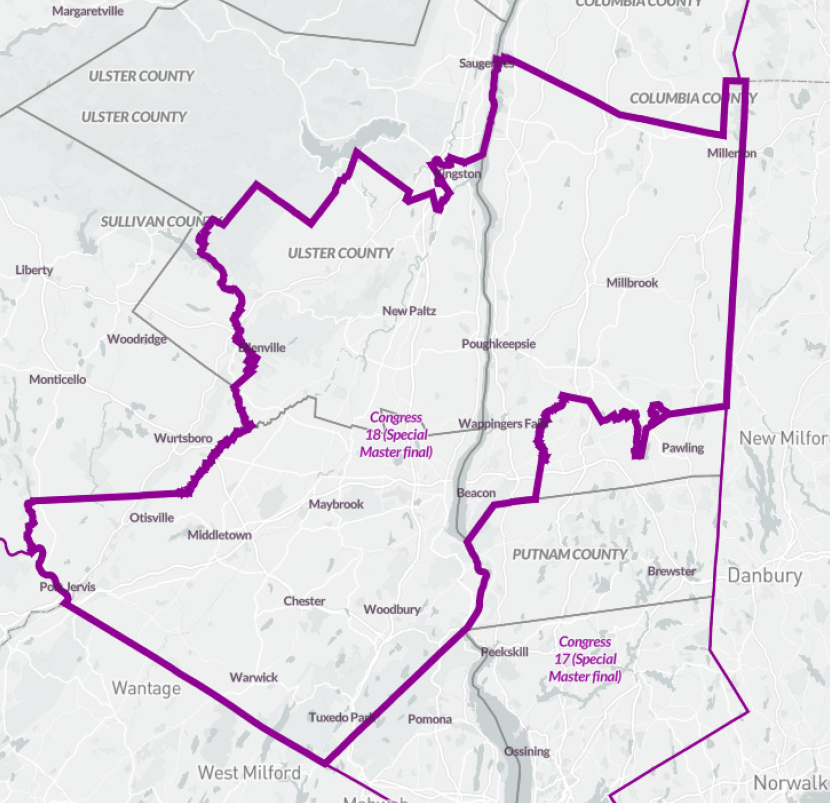 The new 18th Congressional District would include Beacon.

Instead, Ulster County Executive Pat Ryan filed on Monday to be a Democratic candidate in the 18th. A second Democrat, state Sen. James Skoufis, whose district west of the river includes much of Orange County, also is weighing a run. Skoufis has received endorsements from a coalition of Hudson Valley elected officials, including Beacon Mayor Lee Kyriacou.

How We Got Here

After the 10 members of a commission established to create new maps based on 2020 census data could not agree, the Legislature stepped in and made its own maps. Those were approved along party lines in February — 43-20 in the Senate and 103-45 in the Assembly. Galef and Jacobson supported them, while Serino dismissed them as “blatantly gerrymandered.”

After a lawsuit by Republican voters, McAllister ruled that the Democrats’ maps violated the state constitution. He appointed Jonathan Cervas, a postdoctoral fellow at Carnegie Mellon University’s Institute for Policy and Strategy, to draw new maps. Cervas estimated that his maps increased the number of competitive congressional seats to eight from three and competitive state Senate seats to 15 from six.

In upholding the lower court decision, the Court of Appeals, New York’s highest court, concluded that Democrats failed to follow the legal process for approving maps, which required that lawmakers first reject two plans by the commission. Even then, the court said, state lawmakers could only amend the commission’s second rejected plan, and any changes could not affect more than 2 percent of the population in any district.

The court also found that the maps for the U.S. House violated another voter-approved election reform to the state constitution — that new districts “shall not be drawn to discourage competition or for the purpose of favoring or disfavoring incumbents or other particular candidates or political parties.”

The revised maps shift Beacon and Philipstown from the 41st district, which is represented by Sue Serino, a Republican, to the 39th, which runs north to Poughkeepsie; west to Montgomery in Orange County; and east to Pawling, which is currently part of the 40th District, represented by Sen. Pete Harckham, a Democrat. 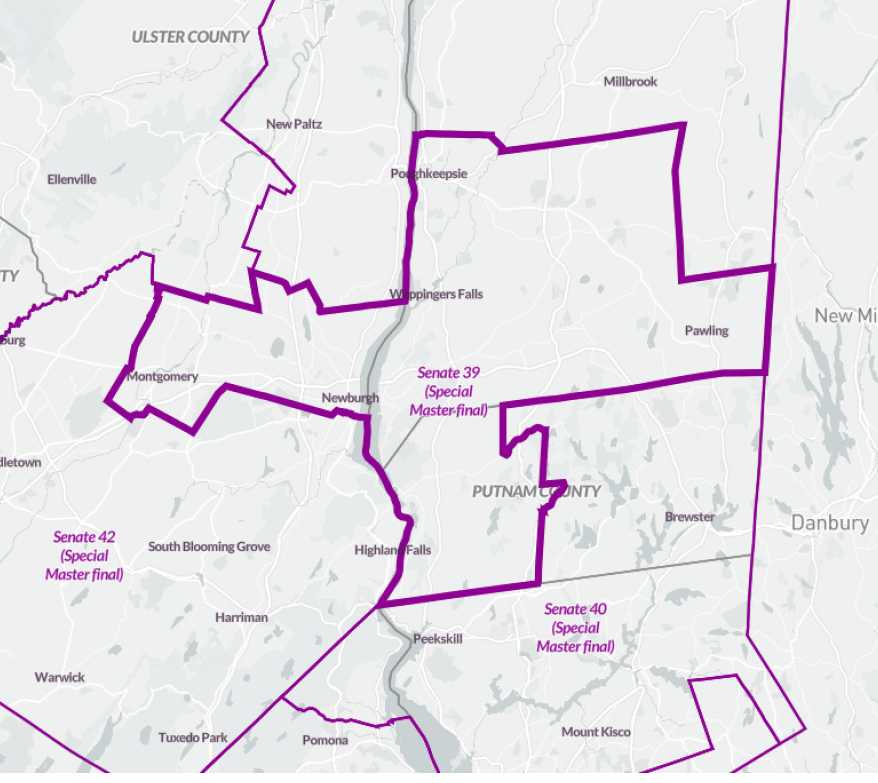 The new 39th state Senate District would include Philipstown and Beacon.

The 39th District does not include Hyde Park, where Serino lives, or South Salem in Westchester, where Harckham resides. (Candidates for the Legislature must have lived in a district 12 months before an election; in a redistricting year such as 2022, they need to have lived in a county containing the district for 12 months.)

A Democratic candidate for the 39th emerged on Tuesday (May 17), when Kevindaryán Luján, an Orange County legislator since 2018, announced his candidacy for the seat.

Serino will run in the new 41st, where she will face Sen. Michelle Hinchey, a Democrat from Saugerties. Jamie Cheney, a Democrat from Rhinebeck who had been battling Serino, now finds herself in the same district as an incumbent from her own party. [Cheney announced on Saturday she will instead run for the 19th District Congressional seat.]

Skoufis, who lives in Cornwall, would be a candidate in the new 42nd, which includes most of Orange County. He would face Sen. Mike Martucci, a Republican from New Hampton. An earlier map had placed Skoufis as a candidate against Republican Ronny Diz to represent a district that would have included Beacon and Philipstown.

The state Assembly maps approved by Democrats were not challenged in the lawsuit; those primaries will be held as scheduled on June 28. 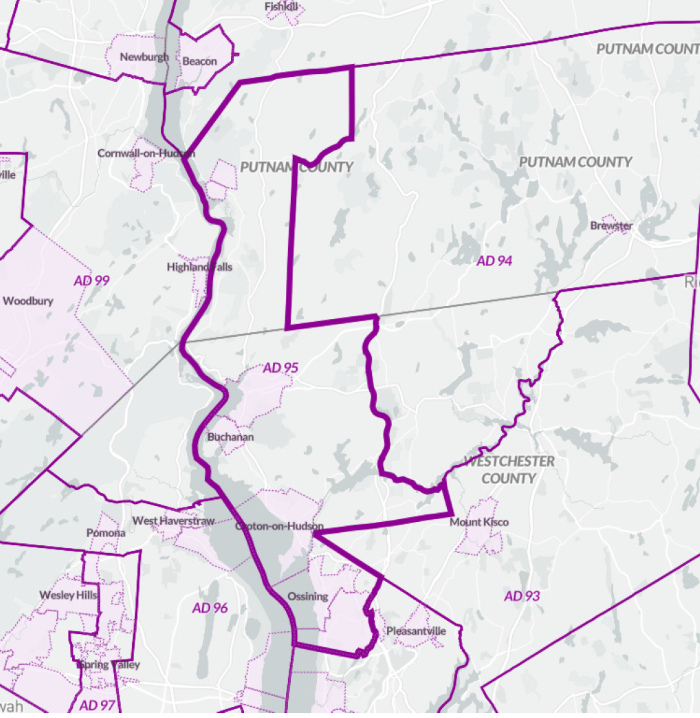 Philipstown would continue to be part of Assembly District 95.

Galef has endorsed Levenberg, her former chief of staff. This week, Andre Rainey, a former mayor of Peekskill whose nominating petitions were rejected after a challenge by Smith, endorsed her, as well.

Agudelo will appear on the November ballot as the Working Families candidate and Stacy Halper will be the Republican and Conservative Party candidate. 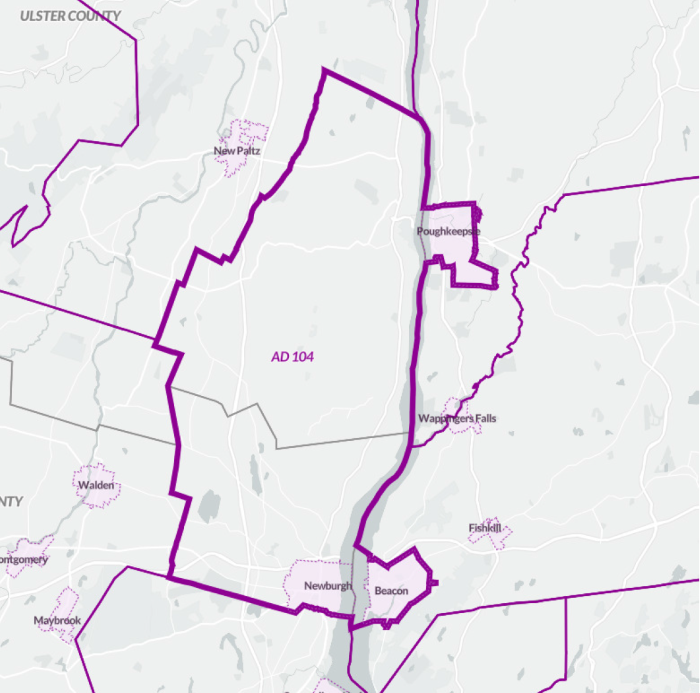 Beacon would continue to be part of Assembly District 104.