Jessica Rose Allison, 32, died suddenly on May 25 in Fishkill.

She was born in Poughkeepsie on Aug. 30, 1989, and brought up in Beacon. During her teenage years, Jessica resided in Lords Valley, Pennsylvania, and graduated from Wallenpaupack Area High School in Hawley, Pennsylvania. She worked as an operator for GlobalFoundries in East Fishkill.

Jessica loved being in the company of family and friends. However, more than anything else, she cherished spending time with her niece, Josie Rose, her “soulmate.”

Calling hours will be held from 2 to 5 p.m. on Sunday (May 29) at McHoul Funeral Home in Fishkill, followed by a prayer service at 5 p.m. 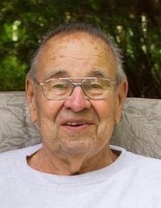 He was born Dec. 16, 1933, into a Polish-American family in Beacon, the son of John and Helen Hetling. He was the eldest of four children — three boys followed by a girl.

While he had many responsibilities as the oldest child, he was always a jokester, once betting the other eighth grade boys at St. Joachim Elementary School that his kindergarten sister could climb to the top of the school flagpole. He won the bet. And they both got in trouble.

Following graduation from St. Patrick’s High School across the ferry from Beacon in Newburgh, John joined the service. He was a member of the Navy Seabees from 1954 to 1960, then worked at the family business, Hetling Brothers Plumbing and Heating.

Later, he began to acquire and manage rental properties where he served as landlord, superintendent and sometimes counselor to his tenants. For a time, he also taught plumbing to inmates at the Fishkill Correctional Facility.

On Aug. 26 1967, he married Irene Tomashosky, a Ukrainian-American who was introduced to him by his future sister-in-law, a bartender at his local watering hole. For their first date, he took her skiing and, in an attempt at chivalry, he pointed out a smooth patch of snow she could walk on. As it turns out, the snow was smooth because it covered a small creek that was not fully frozen. John ended up buying Irene new pants and underwear.

The couple went on to have three daughters, of whom John was extremely proud. His daughters have fond memories of helping him maintain the rental properties, enjoying apple pancakes and polka music on Sunday mornings, and grabbing Daddy an ice cold beer from the freezer after a long day.
John was a man of faith who attended Mass with his family every Sunday. He was a member of the Knights of Columbus and served as a Grand Knight from 1959 to 1960.

As he got older and closer to retirement, John spent a lot of time bringing water and provisions to Appalachian Trail through-hikers in his backyard, earning him the nickname “Big John.” He was quiet, yet funny; reserved, but welcoming, his family said. His nature helped him make friends everywhere he went.

Eventually the rental properties were sold and John and Irene bought a retirement home in Merida, Mexico. They had fallen in love with Mexico after a family vacation to Acapulco many years before. The family subsequently enjoyed many trips to Mexico, where they spent some of their happiest times. John and Irene traveled far and wide but always returned to Mexico.

When travel became a bit more difficult, John and Irene settled back in New Jersey, where their children and eight grandchildren live. John was a wonderful and loving grandfather who never failed to make his grandchildren laugh, his family said. He was happiest when spending time with them.

Along with his wife, he is survived by his daughters, Andrea (Roman), Tasia (Marcus) and Kristina (Richard); his grandchildren, Sofia, Lukian, Maximilian, Xavier, Sonia, Grayson, Anna and Natalia; and his siblings, Leo (Peggy) and Helene.

Memorial donations may be made to the VNA Health Group (vnahg.org) or the Ukrainian Catholic Church of the Assumption of the Blessed Virgin Mary in Perth Amboy, New Jersey (assumptioncatholicchurch.net).

Julio Rivera Osuba, 70, a longtime Beacon resident, died May 20 at his home, surrounded by family members.

Julio worked as a machine operator for Nabisco and the Tasa Tuck Tape manufacturing plants in Beacon and Middletown for more than 25 years until he retired. During the 1970s, Julio won a Golden Gloves in boxing for his time spent at the NSO in Beacon.

He was a gambler who loved his numbers and the horses. Julio loved to cook, was a health fanatic and loved to dance. He thoroughly enjoyed helping people, and was affectionately known as “Mojoyo” among his family and close friends.

Julio also loved traveling back and forth to Puerto Rico. At his second home in Las Marias, which is referred to as “the Rivera Compound,” he enjoyed sitting with family and friends, sipping on the island’s moonshine and playing dominoes.

He is also survived by his brother, Wilfredo “Freddy” Rivera, and a stepbrother, Ingram “Cowboy.”

A Mass of Christian Burial was offered on May 25 at St. John the Evangelist Church in Beacon, followed by interment at St. Joachim Cemetery. 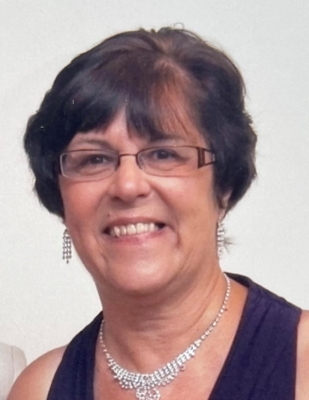 Jane F. Raymond, 71, a longtime Beacon and Fishkill resident, died May 25 at the Wingate at Beacon nursing home.

Jane worked for more than 27 years as a clerk at the Texaco Research Plant in Glenham, until her retirement. More recently, she was a receptionist at MD Imaging in Poughkeepsie and Wappingers Falls.

She was a sports fan who loved to watch basketball and her Mets. She loved spending time with her family, especially her grandkids; they were her priority, her family said. She always enjoyed having family gatherings and was always making sure that everyone was having a great time.

Along with her husband of 46 years, Jane is survived by her sons, Michael Raymond (Dana) and Jason Raymond (Sage); and her grandsons, Austin Raymond and Aiden Raymond. She is also survived by her siblings, Paul Shutowich and Diane Ennist.

Her family will gather with friends on May 28 from 1 to 4 p.m. at Libby Funeral Home in Beacon, where a prayer service will be offered at 2 p.m.