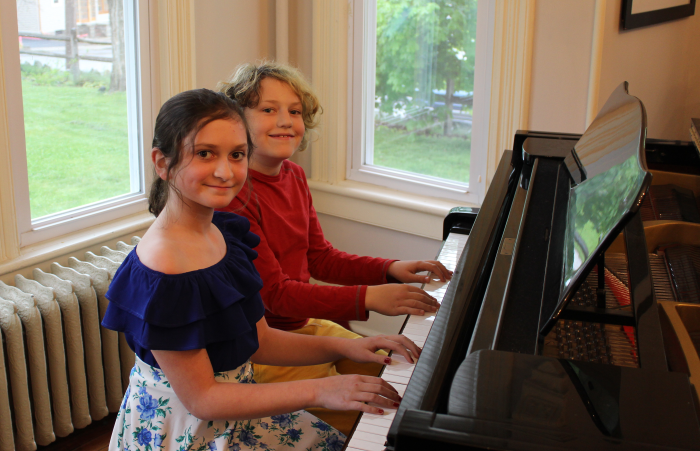 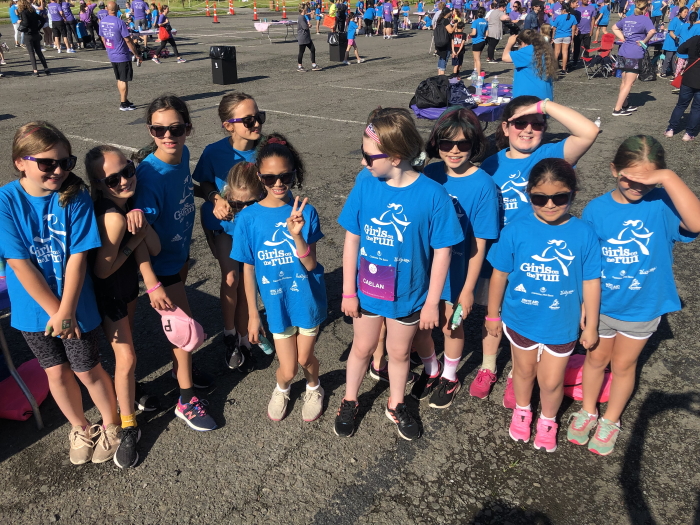 GIRLS ON THE RUN — Third and fourth graders from the Haldane and Garrison school districts competed in a 5K run on June 4 at Rockland Lake State Park. The girls trained for two months at the Philipstown Recreation Center and were coached by Garrison teachers Sara Stevenson and Natalie Beglan and Cold Spring resident Julie Pearson. (Photo provided) 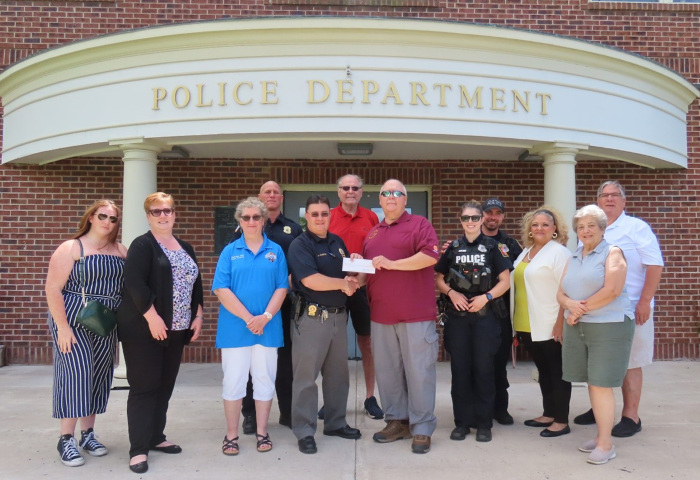 SUMMER CAMP GRANT — The Beacon Elks made a donation on June 9 to the Beacon Police Department for its annual Youth Police Academy, a free, week-long program for students entering grades 9 to 12 that provides an introduction to careers in law enforcement. (Photo provided) 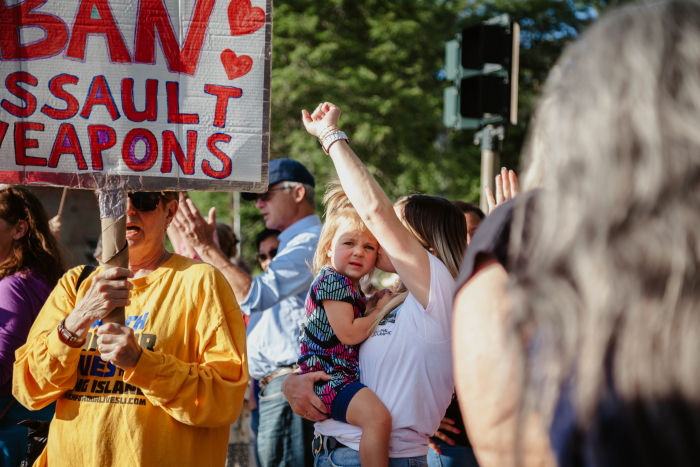 MARCH FOR OUR LIVES — Beacon residents gathered on Saturday (June 11) to take part in a national protest against gun violence. (Photo by Valerie Shively) 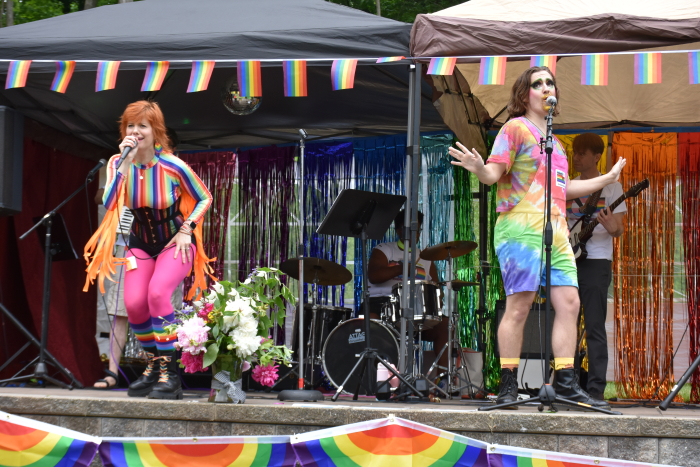 PRIDE MONTH — In Brewster, Putnam Pride on Sunday (June 12) held its third annual march and rally, with activists, politicians and performers. Above, Jill Paxton of The Monkeytown Milk Spillers and Bret Fox entertain the crowd of about 200 people. (Photo by Laurie Doppman). After a ceremony, Mayor Lee Kyriacou (below) on June 4 raised a Pride flag outside City Hall in Beacon. (Photo by Valerie Shively) 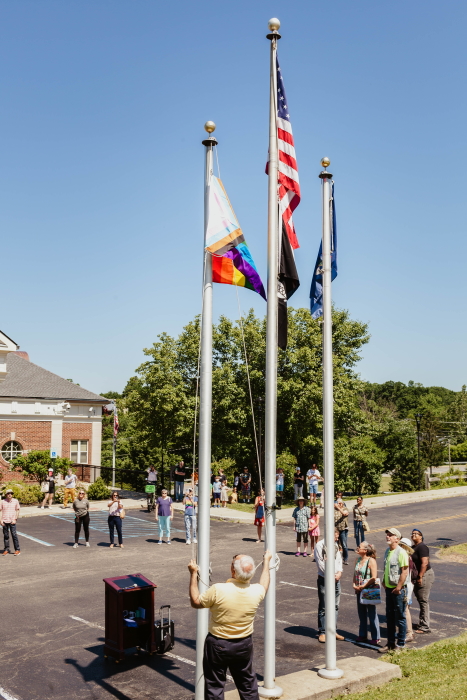