The Yonkers Gazette published a lengthy account of a visit to Fishkill Landing (pop. 2,500), noting that, after ascending the hill a quarter-mile from the railroad station, a reporter found the plateau was mostly farm land, although the open space between nearby Matteawan was “closing up fast.” Fishkill Landing had two churches, a bank, a public school, a military company (the Denning Guard), two fire companies and newly completed gas works with mains extending 5 miles.

About 75 people were taken into membership of the Methodist Episcopal Church and, through the exertions of the Rev. Thomas Lodge, the church’s debt was paid off.

Henry Ticehurst, 12, of Matteawan, was accidentally shot in the face by a friend.

Dr. Wilson, of Matteawan, “fastened a row of sharp-pointed iron spikes to the water table in front of his store to prevent loafers from sitting,” according to a newspaper report.

H.N. Swift of Fishkill withdrew $150, which he put in a wallet in his coat pocket. As he came out of the bank, a sudden gale startled his horse, which ran off with the wagon. Swift sprang into the wagon to regain control but, as he turned a corner, his cash, in $5 bills, scattered on the streets in the rain and mud. A group of boys hustled to recover the money, and all but one bill was returned to Swift.

NIMHAM STATUE — The Town of Fishkill on June 11 dedicated a statue by Michael Keropian at the intersection of Routes 52 and 82 to honor Daniel Nimham, the last sachem of the Wappinger tribe, who fought with the Continental Army against the British in the American Revolution. Born in Fishkill in 1726, Nimham was killed in battle in 1778 in what is now the Bronx. (Photo provided) 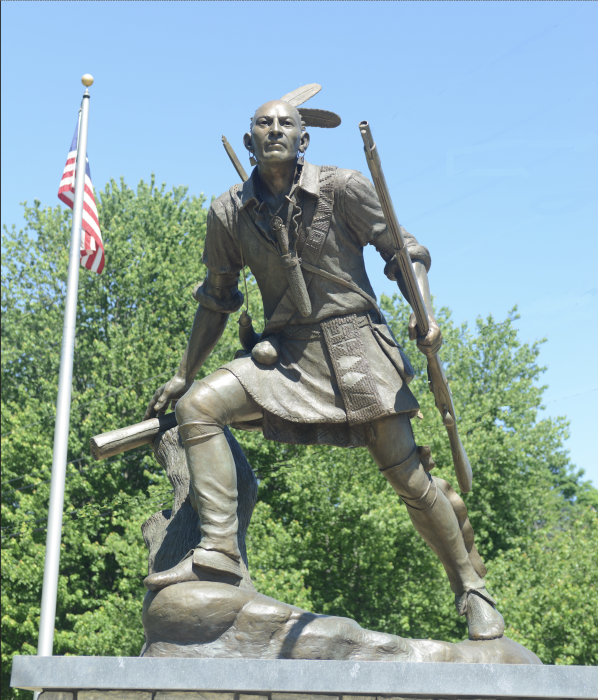 A delegation from St. Luke’s Club of Matteawan visited the Old Homestead Club on Main Street in Cold Spring, bringing a picture and easel as a gift.

Clifford Williams of Newburgh said he had been informed by a lawyer that he and his mother and brother had inherited $75,000 [$2.4 million] from an uncle who mined silver in Nevada.

John Mannix, 28, of Fishkill Landing, was found unconscious in the road in Matteawan and died soon after at the General Hospital. After the coroner concluded his skull had been fractured, three employees of the Low Point brickyard were charged with murder. Police suspected a brawl.

John Garvey, known as the “Astor tramp” because three years earlier he had snuck into the Fifth Avenue home of Mrs. William Astor and been found snoring in the laundress’ bed, died at the Matteawan State Hospital for the Criminally Insane at age 34. Garvey claimed he had mistaken the mansion for the Bowery lodging house where he usually slept. Authorities said Garvey had suffered brain damage when he was shot in the head while working at a gun range. 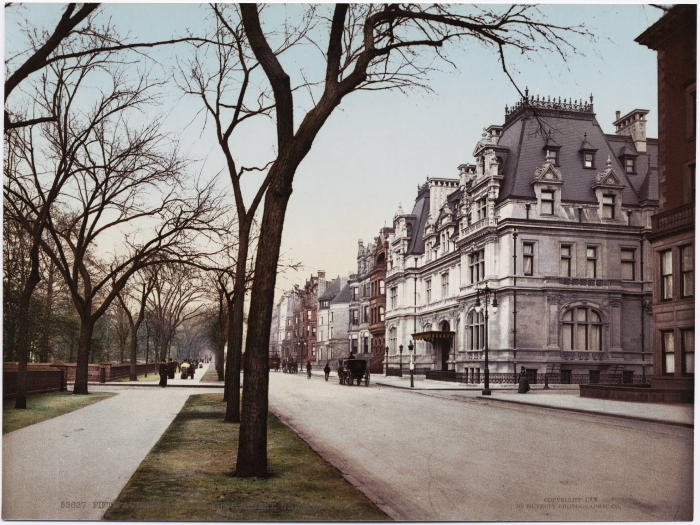 William Kerrigan died in a brickyard boarding house at Fishkill Landing while playing cards. He had recently been released from the hospital after being stabbed by an Italian laborer and may have suffered internal bleeding.

A doctor at the Fishkill Landing sanitarium saved a patient, Rose Gilbert, 33, with unspecified antidotes after she drank ammonia. The hospital notified police, and an officer arrested Gilbert for violating a law against attempting suicide.

Herman Inman, 14, of Matteawan, rode a bicycle for a half-mile in 1:02 at the Newburgh Wheelmen’s meet.

Oliver Wendt, 24, who had been cured and released from the Matteawan asylum, stood up during a concert at a New York City saloon, waved to stop the music and swallowed a dose of carbolic acid he had poured into a beer. His last words were, “Friends, here’s a go.” His brother, Charles, said his brother had been OK until being slammed in the head with a club by a guard at Auburn state prison, where he was serving time for burglary.

A team of local doctors played a team of local lawyers at the Hilton baseball grounds to raise money for the General Hospital. The doctors prevailed, 23-19.

Work was nearly complete on a $125,000 electric-powered plant at Dennings Point that was expected to turn out 70,000 bricks a day.

The 24 employees of the cord department at the Beacon Tire Co. went on strike, demanding a 10-cent raise per tire, to 50 cents.

A man was saved by neighbors who happened upon him in his stable, standing on a box, with a rope tied around his neck.

The City Council declined to give the American Legion permission to hold a motorcycle climb on Mount Beacon because it was scheduled for a Sunday. The city attorney noted that, regardless, any exhibition of “skill, strength or dexterity” required applicants to pay a $100 fee [$1,700].

David Kenney, 55, of North Plainfield, New Jersey, the inventor of the vacuum cleaner and the flushometer, a device to flush toilets, was found dead at the foot of Mount Beacon, a few hundred feet from the incline railway. He had come to the city a few weeks earlier to visit a friend and rented a room at the Holland Hotel before he disappeared. A family member said Kenney had been depressed following the death of his wife on Christmas Day.

Although the Spring Street school building, constructed in 1870, had been condemned in 1939, the school board discussed whether to reopen its third floor for fourth- and fifth-grade classes. Insurers approved the use of two rooms but the state Education Department would allow just one, and then only if the district spent $4,000 on renovations.

Durisol, which made lightweight construction materials, said it planned to open a $500,000 plant at Dennings Point.

Gloria Swanson appeared in a week of performances of Goose for the Gander at the Roosevelt Theatre. It was the first of 10 weeks that the Original Van Wyck Players, a summer stock company of actors, some from Broadway, mounted productions at the theater, which usually showed movies. According to the Beacon News, hundreds of pedestrians and motorists paused to watch Swanson walk between the theater and the Dutchess Hotel, where she had a room. 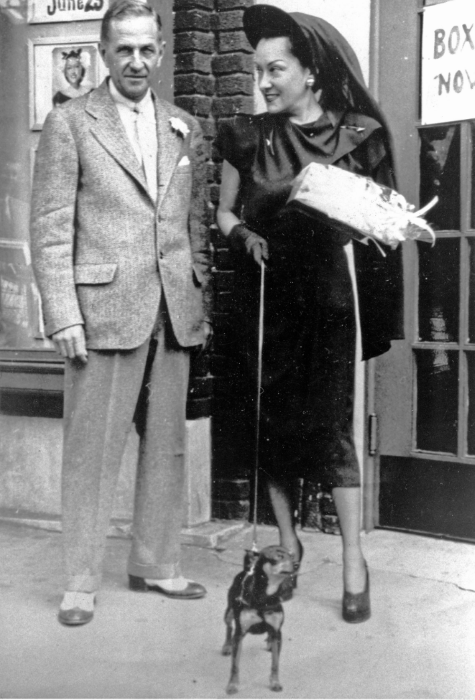 A Beekman Street resident was charged with assault after striking another woman with a beer bottle inside a tavern. The woman had allegedly gone into the bar to discuss the victim’s friendship with the woman’s husband.

After Beacon completed a reappraisal of all the property in the city, the state tentatively allowed the city to raise its equalization rate for property taxes from 75 percent to 100 percent.

A jury awarded $5,700 to the widow of a man who was struck and killed near the Groveville crossing. The defendant denied he was driving the car.

Dave Eraca hit a three-run homer and pitched 4½ hitless innings as the Beacon High School baseball team edged Peekskill, 5-4, in the Section I, Class B tournament. It lost at Rye in the next round, 11-6.

Students and parents submitted petitions to the school board asking it to reconsider a new policy that required administrators to live within 10 miles of the district. As a result, the high school principal, Morton Tannenbaum, who lived in Rockland County, had resigned. “The majority of taxpayers feel that an employee of the school district should have his children in the district and should spend money in the community,” explained the board president. “The logic is that when someone works for Texaco they buy Texaco products; when they work for General Electric, they buy General Electric.” A resident responded, “The problem is that a Texaco employee doesn’t get fired for buying Shell products.”

A New Jersey man taken to Highland Hospital following a car accident was fined $250 because a loaded revolver was found among his personal items.

The City of Beacon was recognized by the AAA for not having a pedestrian death in 11 years.

Eighteen school bus drivers walked off the job to show their disagreement with a tentative contract between the district and the Teamsters union that represented them. The drivers said they wanted to be paid salaries, not by the hour.

Construction plans were announced for 30 condos in Hammond Plaza, with priority for the $24,500 units going to residents displaced by urban renewal.

Country singer Dick Curless agreed to step in for Elton Britt at the country and western show scheduled for the Rombout School after Britt suffered a heart attack.

The owner of a Main Street shoe store was arrested by the FBI and charged with threatening in phone calls and letters to blow up the Queen Elizabeth 2 and American Airlines planes and terminals. He demanded $350,000 from Cunard Lines, prompting them to parachute in a British bomb squad to sweep the luxury liner at sea. From American he demanded $300,000, which was to be left at a construction site on Henry Street. The dummy package was treated with a substance that showed up on the suspect’s hands, police said. He pleaded guilty and was sentenced to 10 years in prison.

The school board turned down an offer from the Martin Luther King Cultural Center to provide tutorial and library services. The school attorney said an agreement with the nonprofit would violate state law.

The prime minister of Portugal visited Beacon to view a monument being created at the Tallix Art Foundry to honor Catherine of Braganza, the Portuguese princess who married King Charles II of England and was thought to have inspired the name Queens County. When completed, the 35-foot statue was to be installed on the Queens side of the East River. [In 1998, the project was scrapped and the bronze statue melted for scrap after protests that Catherine should not be honored because she benefited from the slave trade. A smaller statue, made from the original mold, was later installed on the waterfront in Lisbon, Portugal.] 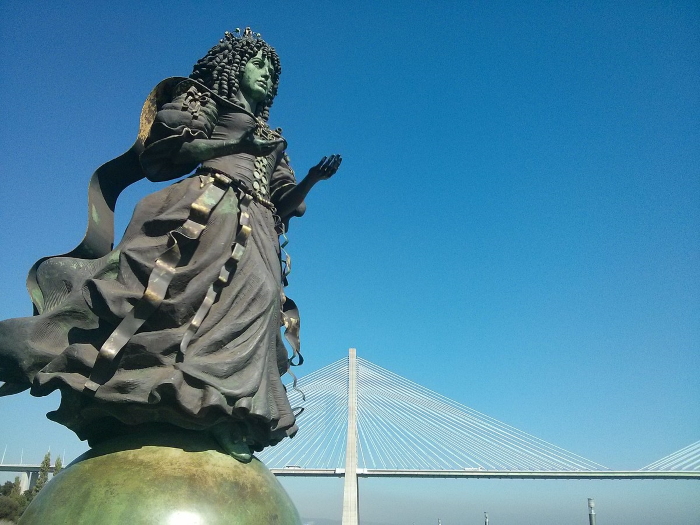 The Catherine statue, by Audrey Flack, in Lisbon

John Robinson, a senior at Beacon High School, won the state Class B title in the 110-meter high hurdles in 14.59 seconds. “He knew that we were going to be disappointed with second,” said Coach Jose Rodriguez. “He went out in style.”