A report commissioned by Putnam County in 2020 but kept under wraps until now concluded that the relatively small size of the Sheriff’s Department road patrols required deputies to work overtime for 24/7 coverage.

The 56-page study by Bonadio Group consultants cost the county $45,000. In undertaking it, County Executive MaryEllen Odell and Republican members of the Legislature cited concerns about the management of the department, especially overtime expenses, by then-Sheriff Robert Langley Jr., a Democrat.

However, “this type of overtime is to be expected,” under the circumstances, Bonadio reported. It predicted that if the Legislature funded more deputies, the amount of overtime would decrease while policing would improve. 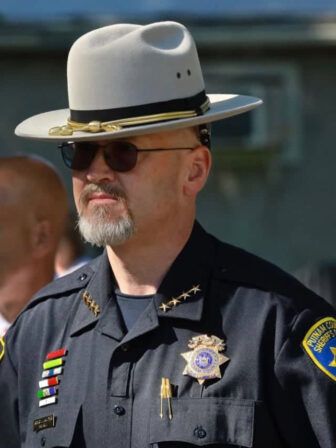 Odell spent months in 2020 castigating Langley over overtime spending, although the Sheriff’s Department generally covered it by moving funds between accounts. Bonadio scrutinized overtime practices from 2018, when Langley became sheriff, through 2020. Langley left office after losing to Republican Kevin McConville in the November 2021 election.

At a March committee meeting, Legislator Nancy Montgomery asked if McConville had reduced the number of road patrols from six to five, as she had heard. The Legislature’s sole Democrat, she represents Philipstown and part of Putnam Valley.

McConville responded in April that, “contrary to past practices, I will not address any specifics regarding patrol operations, including the number or location of patrol posts, other than to assure everyone that patrols are assigned to provide effective and responsible public safety services in the towns that comprise Putnam County.”

When Montgomery later pressed for details, her Republican colleagues objected.

As the county launched the study, Finance Commissioner Bill Carlin noted that questions about deputy overtime did not originate with Langley. “We’ve been going back and forth” on overtime since at least the tenure of Sheriff Robert Thoubboron, who left office in 2001, he reminded legislators. “We never seem to get past the arguing and bickering about what is right, so we thought we’d bring in an independent analysis.”

The Bonadio report includes details about road patrols assigned to three shifts during the Langley administration.

A 2018 Highlands Current examination of overtime among Putnam County employees showed that seven of the top 10 earners were sheriff’s deputies. The others were two corrections officers and the highway crew chief. The nine officers applied for an average of 10 to 18 extra hours per week.

Following the November election, when The Current submitted a Freedom of Information Law request for the Bonadio report, the county said it was “not in possession” of the document. In December, after the paper filed a second FOIL request for any drafts of the report, the county said drafts were internal memos exempt from disclosure. It also ignored Montgomery’s requests.

Bonadio produced multiple drafts before Odell accepted a version completed Jan. 31. She provided it to legislators on June 8, asking that the Protective Services Committee, chaired by Legislator Ginny Nacerino of Patterson, discuss the document at its meeting on Thursday (June 23).

In a letter to Nacerino, Odell complained that Bonadio’s study contains “factual inaccuracies and lack of correct data” and “faulty conclusions.”

But in a phone interview Wednesday (June 15), Langley said that the report “just reinforces what I’ve said all along: Putnam County needs to hire more deputies to serve those who live here, visit here and pass through here.” He said Odell had refused to let him fill some positions when vacancies occurred, “which left us short-staffed.”

Bonadio pointed out that the Sheriff’s Department assigns 48 percent of its officers to road patrol, but that the average, according to a study it cited, is 60 percent. Putnam’s lower figure “may indicate that resources are under-allocated to road patrol,” the report said.

Langley asserted that McConville has, in fact, reduced patrols from six to five. Despite his successor’s claim, he said, the number and location of patrols “is not confidential information” and revealing it “does not hinder an investigation or an officer’s safety We, as taxpayers, have a right to know: What do we pay for? How many cars do we have out there?”

Along with scrutinizing overtime, Bonadio looked at “workload saturation,” the amount of time a deputy spends answering calls for service. A study capped the desired maximum at 60 percent, but Putnam’s daytime road patrol spends 68 percent of its time responding to calls, Bonadio found.

Cutting road patrols from six to five would increase daytime deputies’ workload saturation to 81 percent, but if the county added a seventh deputy to the day shift, saturation would decline to 58 percent, it said. It cautioned that high saturation “may contribute to a less proactive, more reactionary style of policing.”

COVID-19 arrived in early 2020. Before vaccines existed, Odell excoriated Langley for directing deputies exposed to the virus to stay home to quarantine. County officials informed Bonadio of their doubts about the Sheriff’s Department approach. Ultimately, Bonadio determined that only 7 percent of time off in 2020 involved COVID quarantines.

However, in her letter to Nacerino, Odell maintained that the impact of “COVID time” on overtime “was not addressed” by Bonadio.

Bonadio also wrote that, under Langley, the Sheriff’s Department seemed to schedule vacations and other time-off wisely to prevent overtime.

The consultants reported that Putnam allots 32 slots for road patrol deputies, but that during the review period four were vacant. By Jan. 31, three deputies had been added, bringing the patrol total to 31.

Expressing frustration with the report, Odell told Nacerino that “my office does not feel that there are any changes to the operations of the Sheriff’s Department which guarantee that the use of overtime would be reduced.” But she added that she felt “cautiously optimistic that new and effective management of the department [under McConville] and a better understanding of police procedures will assist the county in reducing the amount of overtime.”