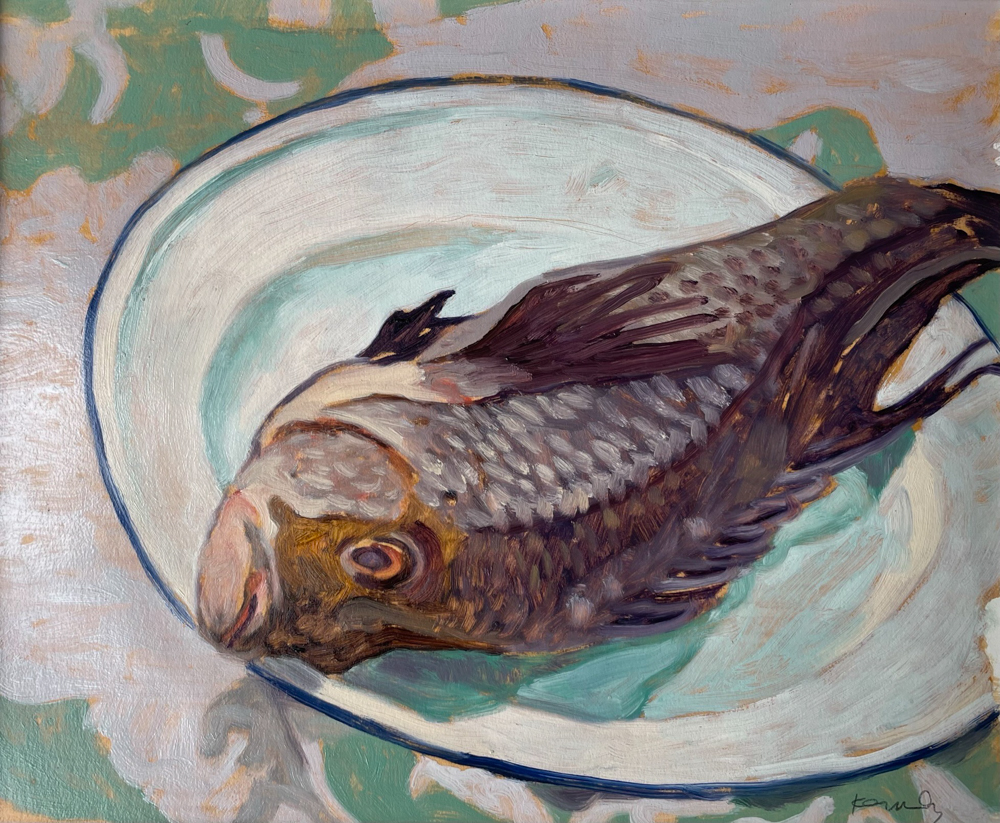 “Fish on a Plate”

Nearly every year from 2002 or so (no one was keeping track) until 2018, a group of Philipstown women gathered during the winter months to create art. 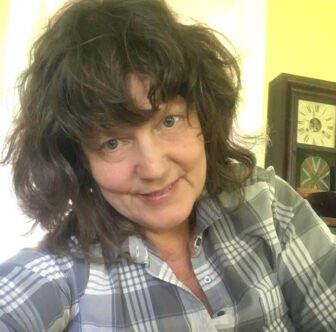 Most of the years the women met in the afternoons over five weeks, usually at the Garrison Art Center. “It has such beautiful views, but we never looked outside,” recalls Grace Kennedy, because of the intense afternoon sunlight, which compelled the women to close the shades. She recalls the sessions, which began in January, as “five weeks of want,” which she took from a Native American description of when the stored harvest ran out.

The other women called Kennedy, who has an BFA from the Philadelphia College of Art (now University of the Arts), the class teacher, which she calls “insane. I’d set up, and we’d paint. There were lively conversations going on. I would walk around and ask each person about what they were doing. I can look at each painting now and tell you what we talked about.”

Kennedy’s paintings from the gatherings have been unrolled from the cylinders in her closet, framed and placed on display in a solo exhibition at the Buster Levi Gallery in Cold Spring that continues through June 26.

Kennedy has particularly vivid memories of Marzollo, who died in 2018. “Jean would use a whole table, and she’d move around it, working on multiple pieces, little bits of color she’d gel, or painting on paper bags, which she sometimes cut up,” she recalls.

Rauch, she says, “could do anything. She painted watercolors, with an amazing line. She’d paint the full three hours and finish it at home.”

Kennedy’s paintings on view at Buster Levi each center on the fruit, food or toys brought to the sessions as props. Once, it was a fish. “I bought it from [Riverview restaurant proprietor] Jim Ely. He asked what kind I wanted, and I said it didn’t matter,” Kennedy says. “Sheila and I painted the fish; she was the only person there that day. I put it in this show; I still don’t know what kind of fish it is!”

While Kennedy says she typically works alone — “I’ll take advice and then regret it” — the sessions were freeing because they “made it feel like it didn’t mean as much, in a good way. It became an exercise.”

The group dwindled and stopped meeting when Marzollo became ill. Kennedy’s artwork might have languished had she not had a moment of worry about her looming Levi show, which was first scheduled for July.

“I thought I’d be displaying what I was working on, a body of work,” she says. “When it switched to June, I panicked, of course, and started rooting around my studio. Jean had been bugging me for years to show them. I’d say, ‘But they’re just still lifes.’ Usually what I bring to show is still wet, or I’m still changing them. Once I committed, I got them all framed. It was helpful that years ago, if I didn’t like something I did, I tossed it, then and there, so those are long gone.”

Kennedy doesn’t paint all that often nowadays — her career as a garden designer has taken precedence. “It’s physically exhausting and ridiculously ephemeral, so if you don’t take care of something, things will go wrong,” she explains.

But she kept some of her paintings from all those years painting with friends. In an exhibition note, she calls them “time capsules and mementos of those lively days.”

The Buster Levi Gallery, at 121 Main St., will be open in June from noon to 6 p.m. on Saturdays and Sundays. See busterlevigallery.com.