A gallery born in Brooklyn embraces its new home

Earlier this year, the Holland Tunnel Gallery celebrated its 25th anniversary, with most of those years spent in Brooklyn but the last four in Newburgh.

Its 2022 exhibits continue with the Saturday (Aug. 20) opening of Otherness, curated by longtime Hudson Valley gallery owner and artist Carl Van Brunt, which weaves his work with that of Joseph Ayers and Chantelle Norton. The three share interests in time, history, myth and phenomenology. 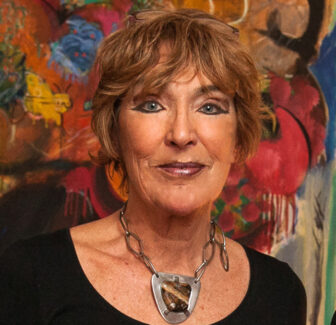 Paulien Lethen, a Dutch artist who founded Holland Tunnel, and Judy Thomas, the associate director, are always looking for established artists whose work is new to the gallery, which is what brought them to Van Brunt. He, in turn, reached out to Ayers and Norton.

For his own work, Van Brunt uses drawings and sketches, as well as fractal and 3D renders, and transforms them with artificial intelligence technology into seemingly infinite permutations.

He says he approached Norton and Ayers to participate because he admires their “skill, seriousness and courage. Courage in art involves making work that others may not like or understand at first, or ever, but which is the inevitable outcome of being true to oneself. The inability to accept otherness is pandemic in our society, a malady in many ways worse than COVID.”

For Otherness, Ayers created drawings, paintings, sculptures, and “video sculptures.” “As a multimedia artist I think a lot about appearances and perceptions, and how relationships between these two things influence and, to some degree, have authority over, everything we experience,” he says.

Norton interprets the myth of Medusa through ceramic plates and wallpaper designed with drawings. “My idea to incorporate ceramic plates came from thinking about stoneware and Medusa’s power turning men to stone, and Athena’s circular shield with an image of Medusa’s head,” Norton says. Her wallpaper patterns retell this ancient myth.

Says Thomas: “We haven’t shown anything like [these works] in the gallery. We’re very excited to have them.”

Lethen founded Holland Tunnel in 1997 by co-opting a garden shed in her backyard in Williamsburg. It could hold six people at a time and became a cultural hub for the neighborhood.

“It was very much of the ’90s,” says Thomas. “There wasn’t much internet, and it was very much artists, many who moved from the Lower East Side to Brooklyn, creating their own venues for exhibiting the work, with big signboards to publicize it. The idea of a ‘gallery’ was no longer the mainstream for showing your work — and this is how Paulien conceived her space.”

In 2015 Lethen purchased a circa-1860 townhouse in Newburgh that had been used as a warehouse and carriage and sleigh hospital. She turned the first floor into exhibition space with a grand piano and antique wooden bar. It opened to the public in 2018, and the next year, she closed the Brooklyn space.

“Paulien’s intention with the gallery, part of her mission, is to show mid- and late-career artists who have been underrepresented in the art world,” says Thomas. “There’s a focus on abstract art and also sculpture, because the space can accommodate it.” 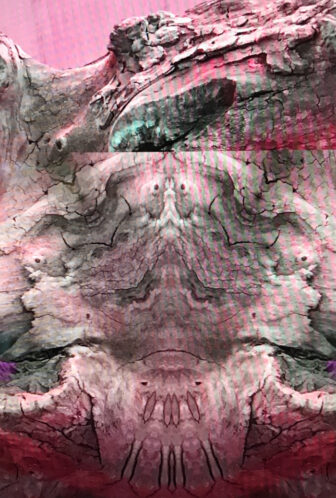 A still from a video sculpture, “How We Learn About Ourselves,” by Joseph Ayers

The space is open to other uses, too. In 2020, Thomas organized a salon-style exhibition, with the walls covered floor-to-ceiling with works from 120 artists, “A-listers next to unknowns,” she says. “It opened four weeks before the pandemic shutdown — the last big party for a long time.”

Lethen spends her summers in Greece, where, since 2000, she has organized exhibitions with art, jazz and poetry in Paros. Because of the pandemic, this is the first summer that her Newburgh gallery has been open; last month it participated in Upstate Art Weekend, which brought in many new faces.

Thomas says Lethen “has stayed true to her original intentions as founder and director in that I would describe the gallery as an ‘artist-empowered’ exhibition space. The original Holland Tunnel Gallery artists would propose an exhibition and self-curate, self-promote, sitting in the gallery — all things which inevitably brought them closer to the audience.”

As they did in Brooklyn, the artists lend a hand. “I need help with things like writing press releases, connecting with fellow group show artists, all those things many artists assume will be done by the gallery,” Thomas says. “There are many absolutely capable artists out there, and I need that help from the artists in order to make it happen.”

The Holland Tunnel Gallery is located at 46 Chambers St., in Newburgh. The gallery will present Ben Neill on his “mutant trumpet” on Sept. 18 as part of Newburgh Open Studios. Otherness continues through Sept. 25. The gallery is open from 1 to 5 p.m. on Saturdays and Sundays, or by appointment; see hollandtunnelgallery.com or call 917-520-8971.