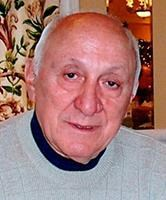 He was born in Garrison and grew up in Cold Spring, the son of Carmine and Luisa (Boniello) Bocchino. Patrick graduated from Haldane High School in 1941 and was a resident of Beacon for 69 years, where he was a member of St. John the Evangelist. He served in the U.S. Army Air Corps from 1942 to 1945. He and his wife, the former Mildred Mason, were married for 70 years.

Patrick worked at Texaco Research Lab in Beacon for 37 years, until his retirement in 1982. He enjoyed all types of sports, especially baseball and softball, and played the latter in the Fishkill over-55 league until he was 89.

He also loved coaching youth baseball and basketball, including over 20 years with Beacon Junior Baseball as well as the St. John’s CYO basketball program. He served many years on the City of Beacon Recreation Commission, including an extended term as chairman.

A Mass of Christian Burial will be held at 10 a.m. on Saturday (Sept. 3) in Franklin Park, Pennsylvania. Memorial donations may be made to the Cystic Fibrosis Foundation (cff.org). 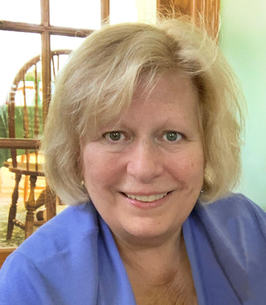 Joanne Smith, 64, died Aug. 21, with her husband and daughters saying prayers and singing hymns by her side.

After moving to Beacon, Joanne joined St. Joachim-St. John the Evangelist Church, serving as the president of its Women’s Parish Club for many years.

Joanne enjoyed keeping a home in which everyone who entered felt welcomed, wanted and loved, her family said. She was known for her baking, and you were privileged indeed if you had a taste of her pierogies. Joanne also took great delight in her travels to favorite places such as Cape Cod, Poland and the Holy Land. Her greatest joy was in her family.

Along with her husband, she is survived by her daughters, Emma Alles (Chris), Molly Burnett (Caegen) and Rachel Smith; her grandchildren, Maximilian, Josephine, Simone and Elizabeth; and soon-to-be-born grandchild, Baby Burnett. She also is survived by her siblings Joseph (Nancy), Mary Jane (Peter), Sandra and Charles (Melissa).

A Mass of Christian Burial was offered Aug. 26 at St. Joachim’s Church in Beacon, followed by interment at St. Joachim’s Cemetery. Memorial donations may be made to the St. Joachim-St. John’s Women’s Parish Club (stjoachim-stjohn.org) or Good Counsel Homes (goodcounselhomes.org).