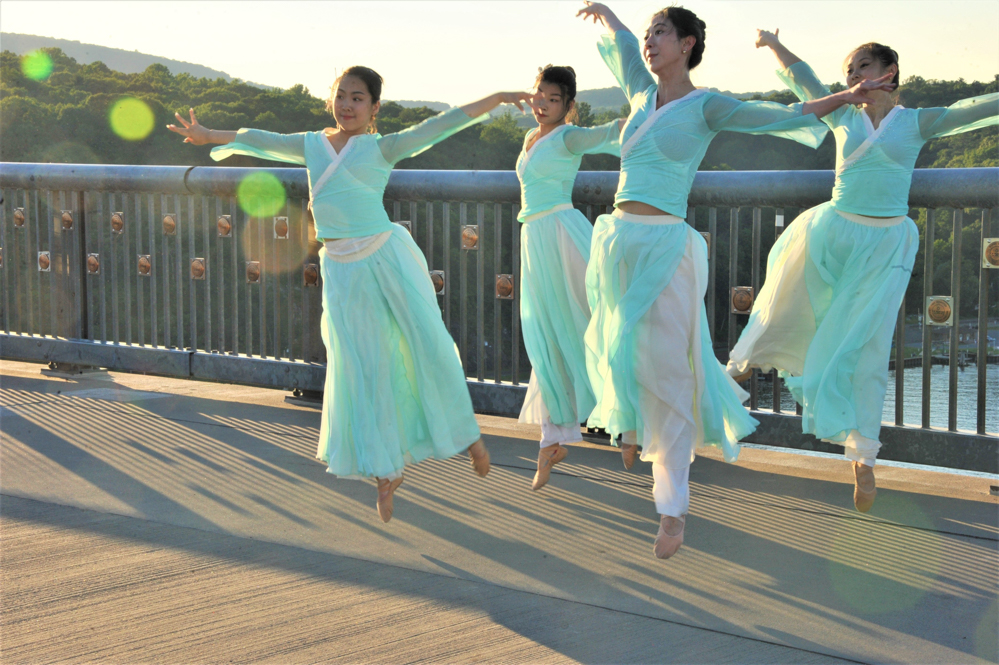 Members of the dance department at the Fei Tian College in Middletown perform during the Bridge Music Dance Project. (Photo by Irving Solero)

In 2009 Joe Bertolozzi had a lot of convincing to do.

The composer and musician was trying to explain his idea to record a “sound art” installation derived from interacting with the Mid-Hudson Bridge in Poughkeepsie.

Bertolozzi wanted to turn the bridge into a percussion instrument as one of the events marking the 400th anniversary of Henry Hudson’s sail up the river. The Poughkeepsie resident would record an album, Bridge Music, by striking parts such as guard rails and girders with mallets of various sizes.

In June 2009, the album reached No. 18 on Billboard’s Classical Crossover chart.

More recently, Bertolozzi added dance to the mix. He partnered with Livia Vanaver of the Vanaver Caravan dance company, who asked 10 groups to each choreograph a movement in Bridge Music.

On June 25, each group performed on the Walkway Over the Hudson in Poughkeepsie — the forms included Latin fusion, tap, soca, post-modern, hip-hop, ballet and Karnatic, or Indian classical — then joined an improvised finale to celebrate “the connecting force of bridges to their communities.” 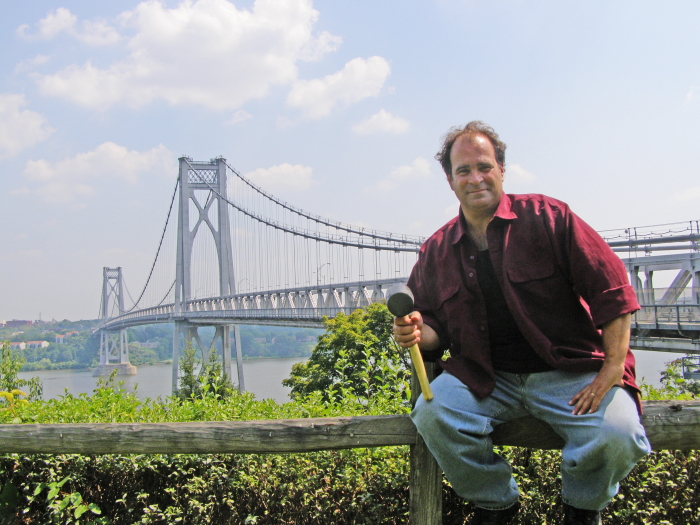 The performances were filmed by a crew directed by Jesse Brown; The resulting 40-minute documentary, The Bridge Music Dance Project, will be screened at Story Screen in Beacon on Sept. 17, with Bertolozzi, Brown and Vanaver answering questions.

“I’ve always had an interest in dance,” Bertolozzi explains. “Ballet, modern. I’m always looking for people who could turn my music into dance. I got the idea a long time ago that the Vanaver Caravan dance company would be great collaborators. Livia was always interested, too, but the planets never aligned. We were done in again by the pandemic.”

As a child, Bertolozzi planned on becoming a painter but shifted to music following the arrival of the Beatles. A few years later, his parents bought him a classical-for-kids record that he “must have played a dozen times. After a few days, I wanted to become a composer.”

He began piano lessons and filled a notebook with one- and two-line melodies. “As I got older I started writing more sophisticated pieces,” he says. After graduating from Vassar College, his career shifted to the organ; today he plays for two churches and a temple.

When his wife gave him a set of gongs as a birthday gift, he began composing for that instrument. “I was excited by it, a Javanese type, and in the course of three or four months I amassed a collection of 60 gongs, which I arranged in a U-formation,” he recalls. 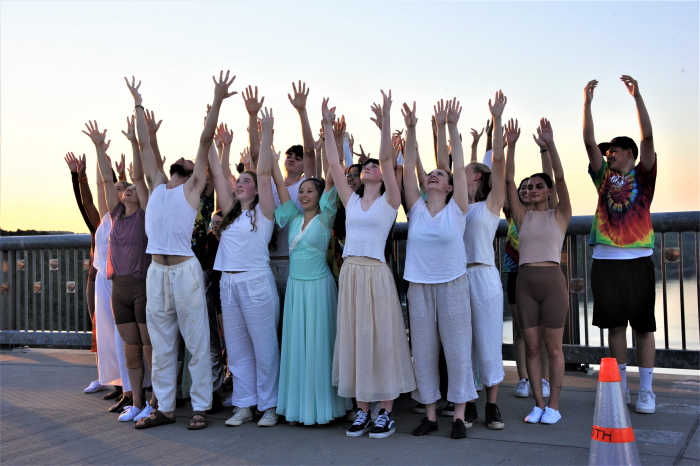 The dancers performed together during an improvised finale. (Photo by Irving Solero)

He had a notion of playing the Eiffel Tower, but knowing that Gustave Eiffel was a bridge designer, began looking for a nearby suspension bridge. “I know it’s a little crazy, but I made an appointment with the [Mid-Hudson] bridge people, and I brought along some of my orchestral recordings,” he says. “I told them: ‘Give me three days to sample the surfaces. I’ll write a song with those sounds and, if you don’t like it, we’re done.’ ”

After the success of Bridge Music, Bertolozzi was able to persuade French officials in 2013 to allow him to record on the Eiffel Tower, as well. From that, he composed Tower Music, which reached No. 11 on iTunes’ classical chart and No. 16 on the Billboard Classical Crossover chart.

Story Screen is located at 445 Main St. in Beacon. The Bridge Music Dance Project will be screened at 6 and 9 p.m. on Sept. 17 and include a discussion with Bertolozzi, Brown and Vanaver. Tickets are $20 at storyscreenbeacon.com. Bridge Music can be heard along the pedestrian sidewalk at the Mid-Hudson Bridge or in the parks near the bridge on 95.3 FM.