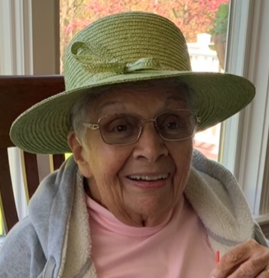 She was born Aug. 14, 1935, in New York City, the daughter of Rudolph and Connie Padilla. She married John Gilsenan and was head of purchasing at Sing Sing Prison in Ossining until her retirement.

In addition, she is survived by her brothers, Jimmy Padilla (Christina), Rollo Padilla (Loretto) and William Padilla (Karen); and a sister-in-law, Rosie Padilla.

Friends may call on Saturday (Sept. 17) from 2 to 4 p.m. at Clinton Funeral Home, 21 Parrott St., in Cold Spring. Memorial donations may be made to the Friendship Center, 6 Butterfield Road, Cold Spring, NY 10516.

Samuel Lee, 101, a resident of Fishkill since 1952 and an estate caretaker and farmer for Steven Blodget in Fishkill and Garrison for 60 years, died Sept. 13.

Born July 27, 1921, in Statesboro, Georgia, he was the son of Samuel and Lola (McCullough) Lee. He graduated from Pokes Junior High School in Statesboro.

On Dec. 1, 1939, in Georgia, Sam married Lossie Mae Slater, who survives at home after nearly 83 years of marriage. In 2009 and 2019, Fishkill Mayor James Miccio proclaimed Dec. 1 as Sam and Lossie Lee Day in recognition of their 70th and 80th anniversaries.

Sam was an active member of Beulah Baptist Church in Wappingers Falls, where he served as chairman of the deacon board and treasurer of the trustee board and was a member of the men’s choir. He was also a member of Protection Engine Company No. 1. Sam enjoyed working outdoors, especially gardening and taking care of the lawn. He also loved fishing with his family.

Calling hours will be held on Monday (Sept. 19) from 2 to 4 p.m. and 7 to 9 p.m. at the McHoul Funeral Home, 895 Route 82, in Hopewell Junction. A funeral service will be held at 11 a.m. Tuesday at Fishkill Baptist Church, 107 Route 82 in Fishkill, followed by burial at Fishkill Rural Cemetery. A livestream of the services will be broadcast at mchoulfuneralhome.com.