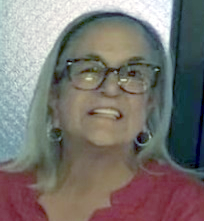 Austine Helen Papo “Bootsie” Dysard, 68, of Fishkill and formerly of Beacon, died Sept. 24 at her home.

Austine was a cook manager for the Beacon City School District for 25 years, until her retirement in 2016. She was a master crafter and loved animals, especially boxers.

In addition to her husband, Austine is survived by her sons: Thomas Dysard of Marlboro, and his sons, Sean Michael and Troy; and Luke Dysard (Becky) of Glenville and their sons, Ethan and Logan.

She is also survived by her sister, Pamela DiNapoli (Robert); her brothers-in-law, Fredrick Antalek and Greg Dysard (Debbie); and a sister-in-law, Maria Dysard.

A funeral service was held on Sept. 30 at Riverview Funeral Home by Halvey in Beacon, followed by interment in the family plot at St. Joachim Cemetery. Memorial donations may be made to The Boxer Rescue (theboxerrescue.org), Rescue Me! (boxer.rescueme.org), or an animal charity of your choice.

Kathleen had a deep love of family and enjoyed serving as an adopted mother to many. Kathleen had a heart of gold and was always full of life, her family said.

She is survived by her companion of 25 years, Barrington St. George Brown, and her daughter, Felicia Meyers.

The family will receive friends from 11 a.m. to 1 p.m. on Oct. 15 at Libby Funeral Home, 55 Teller Ave., in Beacon, when a prayer service will be offered. 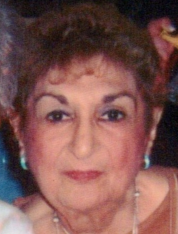 She was born in New York City on April 13, 1930, the daughter of Gerard and Sarah (DeBella) Lotito. Mary met her husband, Thomas, when they were in the sixth grade. They were married in 1948 in the Bronx.

Mary had numerous vocations. She started out as a biller, office worker, waitress, bookkeeper, model and finally became involved in banking, where she worked for 38 years, first as a typist and later as a credit manager.

In 1968, the couple moved their family from their Bronx apartment to Wappingers Falls, where they remained for 20 years. While having a home built in the mid-1990s in Hadley, near Saratoga Springs, they rented an apartment in Beacon. They remained there for 12 years, moving back to this area in 2006.

A Mass of Christian Burial was offered Sept. 30 at St. Denis Church in Hopewell Junction, followed by interment at St. Denis Cemetery. Memorial donations may be made to the Hudson Valley Hospice Foundation (hvhospice.org). 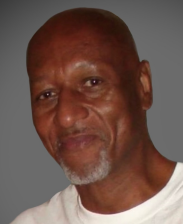 He was born in Beacon on Sept. 17, 1957, the son of Willie and Almeda Powell, and attended the public schools.

Known as “Uncle Will,” he treated everyone as family and was most known for his infectious smile, contagious laugh, generous spirit, love for life and faith in God, his family said. No matter where you saw him or the duration of time spent, Will always had a moment to share a story about his life.

He loved reading and learning, as well as gardening, his morning coffee and anything sweet.

Calling hours will be Friday (Oct. 7) from 7 to 9 p.m. at Riverview Funeral Home by Halvey, 2 Beekman St., in Beacon. A funeral service will be offered at noon on Saturday at Ebenezer Baptist Church, 15 Smith St., in Poughkeepsie. 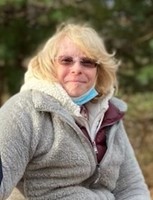 Susan Todd, 70, died Sept. 27 at her home in Beacon, surrounded by family members and friends.

She was born on March 16, 1952, in Greenwich, Connecticut, the daughter of Robert and Phyllis (Carmichael) Richter. A gifted artist, she received a bachelor’s degree in art education from Central Connecticut State College in 1974. As an educator, Susie inspired countless students over five decades, her family said.

She is survived by her daughter, Ashley Lauren Todd-Diaz (Jose); her boyfriend, Thomas Burns; her siblings, Jack Richter and Lorraine Bouley (Kevin); and her nieces, Richter and Turner Bouley.

Calling hours will be held from 11 a.m. to 2p.m. on Saturday (Oct. 1) at McHoul Funeral Home, 1089 Main St., in Fishkill. A memorial tribute will begin at 2 p.m. To honor Susie, the family encourages bright, celebratory attire. Memorial donations may be made to the National Breast Cancer Foundation (nationalbreastcancer.org).