Pizzeria seeks over $800K after closing in August

When Nonna’s Pizza Express began turning out pies in May at 349 Main St. in Nelsonville, the building’s owner and the pizzeria’s neighbor announced the opening on Facebook.

“I was telling customers, ‘It’s going to be great,’” said Laura Timmons, who owns the adjacent Homestyle Creamery. The restaurant was an expansion of Nonna’s, which also has locations in Peekskill and Putnam Valley.

Four months later, Nonna’s in Nelsonville is closed and owner Michael Kabashi is seeking more than $800,000 from Timmons and Renate and Richard Frost, who own 349 Main, escalating a conflict that became public in August when Nonna’s posted a message on its Facebook page filled with accusations against the Frosts and Timmons. 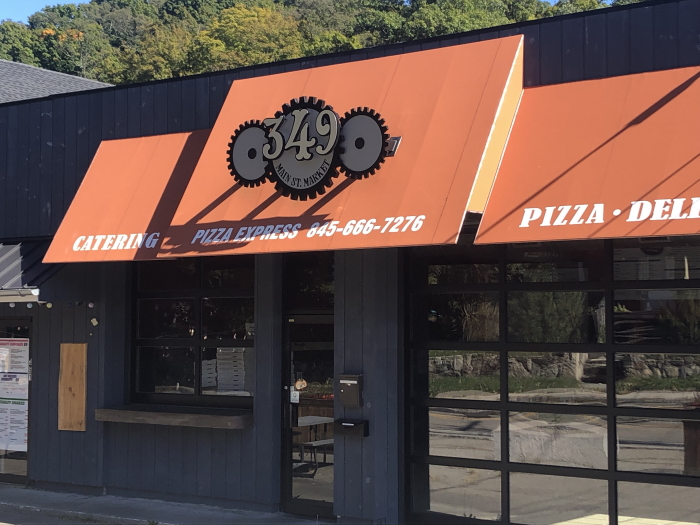 Nonna’s opened in Nelsonville in May but closed in August. (File photo)

Those allegations form the basis of a lawsuit Kabashi filed Sept. 22 in state court in Carmel. He alleges Timmons “hired” a friend, Gjevat Kastrati, to attack him, and that the Homestyle owner “generated” complaints that led to an unannounced inspection by the Putnam County Health Department.

The lawsuit, filed by former Peekskill mayor and attorney Frank Catalina, also claims Kabashi was accused of “being a member of the mafia,” not paying his taxes and “otherwise engaging in criminal conduct.” Further, it said, Homestyle customers used tables and chairs that belonged to Nonna’s.

The Frosts, for their part, “failed, refused and neglected to intervene” and, with Timmons, “engaged in a pattern of conduct designed to damage the plaintiff’s business and reputation,” according to the lawsuit.

Timmons, reached on Wednesday (Sept. 28), denied each of the allegations and said Kabashi initiated the fight, which Nonna’s claimed on Facebook involved “three guys up from the Bronx.”

“Do you really think I’m going to hire three men at 6:30 at night, when I have my busiest time of the day, to go there and do that?” Timmons asked. “I wouldn’t do it, period.”

Kabashi is asking the court to void a 10-year lease he signed in May and order the Frosts to return a $3,200 security deposit and $19,200 in rent payments, plus more than $150,000 he says he spent to open the restaurant, including $35,000 used to purchase appliances and equipment that was already in the space.