The Rev. Fred C. Cartier, 82, who during his retirement served as a supply priest at St. Andrew & St. Luke Church in Beacon, died Oct. 21 in Sharon, Connecticut.

Fred was born on June 16, 1940, in Morristown, New Jersey, the son of the son of Harold and Antoinette (Gallup) Cartier, and grew up on Golden Corner Farm. He graduated from the Episcopal Divinity School in Philadelphia, where he met the woman who became his wife of 56 years, Rosalie Yarosh.

Fred was pastor at Christ Church in Red Hook for decades; after his retirement, he was a supply priest at churches in Pine Plains and Albany, as well as Beacon. He was a member of the Red Hook Fire Company for over 45 years.

In addition to his wife, he is survived by his children, Susan Cartier (Pierre Pinard) and David Cartier (Caroline) Cartier; his grandchildren, Claire, Zoe, Benjamin, and Harold; and his siblings, John Cartier (Suzanne) and Barbara Frederic (Eliot). 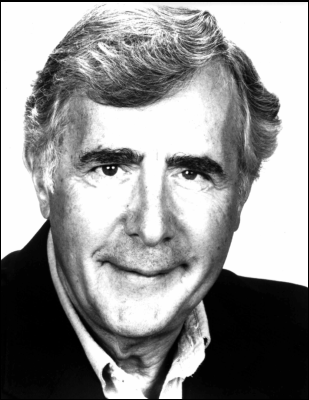 Nicholas was an author and playwright, writing 17 books and 25 plays that have been performed in England, Ireland, Australia, Singapore and across the U.S. While living in New York City, he was an actor and singer on- and off-Broadway, on television and in movies, and had the opportunity to sing at Carnegie Hall. After he moved to the Hudson Valley, he was an announcer at WBNR and other radio stations.

Nicholas is survived by his sons, Gregory Conti (Susan) and Daniel Conti (Jennifer), his longtime companion, Christine, and his grandchildren, Emma and Nicholas. His wife, Jean, and his brother, John, died before him.

Family and friends will gather from 5 to 8 p.m. on Thursday (Nov. 3) at Libby Funeral Home, 55 Teller Ave., in Beacon. A Mass of Christian Burial will be celebrated at 10 a.m. on Friday (Nov. 4) at St. Joachim Church, 51 Leonard St., followed by interment with military honors at St. Joachim Cemetery.

Memorial donations to be made to Mid Hudson Animal Aid (midhudsonanimalaid.org). 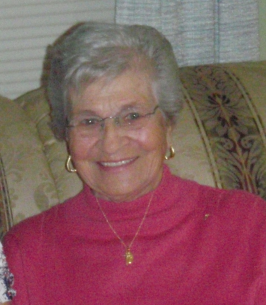 Rose V. Haight, 94, died Oct. 26 at Vassar Brothers Medical Center, with family members at her side.

She was born in Beacon on Jan. 2, 1928, the daughter of Andrew and Victoria (Podloski) Lucas, and attended Beacon schools. Rose worked as a nurse’s aide at Highland Hospital and the Fishkill Health-Related Center. She also worked in food service at the Castle Point V.A. hospital.

She was a parishioner of St. Joachim–St. John the Evangelist Church and a member of the parish women’s club. She enjoyed baking and crafting, and loved spending time with her family, especially attending her grandchildren’s and great-grandchildren’s activities.

Family and friends will gather from 3 to 6 p.m. on Sunday (Oct. 30) at Riverview Funeral Home by Halvey, 2 Beekman St., in Beacon. A Mass of Christian Burial will be held on Monday at 10 a.m. at St. Joachim Church, 51 Leonard St., with interment to follow at St. Joachim Cemetery.

Memorial donations may be made to the Alzheimer Association Dutchess/Ulster Walk (act.alz.org) or the Food Bank of the Hudson Valley (foodbankofhudsonvalley.org). 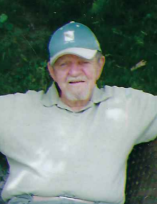 George Pratt, 90, a resident of Beacon since 2003 and formerly of Plano, Texas, died Oct. 23 at the Renaissance Rehabilitation and Nursing Center in Staatsburg.

He was born June 17, 1932 in Queens, the son of George and Christina (McChesney) Pratt. He was raised in New Hyde Park and as an adult moved to Long Island before relocating to Plano in 1981.

George served in the U.S. Marine Corp from 1951 to 1954, during the Korean War. Upon his discharge, he attended Hofstra University on the GI Bill and graduated with a bachelor’s degree in finance. While at Hofstra he played lacrosse, a sport which became a lifelong passion.

While living on Long Island, George worked in New York City as a reporter for Standard & Poor’s before taking a position at Clark, Dodge as an analyst in the technology sector. From 1968 to 1974 he was president of Diebold Venture Capital. After moving to Plano, he was the CEO of Computer Automation, Inc. and served on various boards of directors until his retirement.

George was a member of the Southern Dutchess Country Club, where he enjoyed playing golf until his late 70s. At 80, he became a member of Gold’s Gym in Fishkill, where he worked out each weekday until he was 87.

George is survived by his children: Scott Pratt, Linda Kimmel, and Cameron Pratt (Amy); his grandsons, Griffin Pratt and Bennett Pratt; and his former wife, Marney Pratt. His first wife, the former Elizabeth Gardiner, died in 1972; his son, Glen Pratt, died in 2018; and his brother, John Pratt, died in 2015. 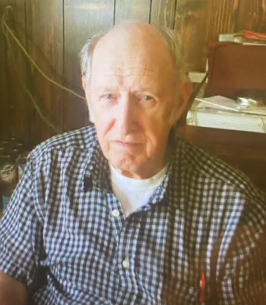 William A. Rozner, Sr., 90, a lifelong area resident, died Oct. 26 at his home, with his son and daughter at his side.

He was born Nov. 2, 1931 in Beacon, the son of Alexander and Emma Rozner. He served in a U.S. Army artillery unit from 1952 to 1954 and was honorably discharged as a corporal. He spent nearly 36 years at Chemprene as a supervisor until his retirement.

William enjoyed softball and bowling and was a member of Beacon Engine Fire Co. and Lewis Tompkins Hose. He enjoyed riding his Harley with his wife, Jane.

He is survived by his children, William Rozner Jr. and Lisa Gallante; his grandchildren, Desirae and Dylan, and his great-grandchildren, Robbi and Dakota.

A Mass of Christian Burial will be held at 10 a.m. on Saturday (Oct. 29) at St. John the Evangelist Church, 35 Willow St., in Beacon. Burial and military honors will follow at St. Joachim Cemetery in Beacon.

Stephen Steinbrecher, 88, of Weston, Connecticut, who met his future wife in 1949 at the University Settlement Camp in Beacon, died Oct. 18.

Steve was born Nov. 26, 1933, the son of Abraham and Rose Steinbrecher. He graduated from the Walden School in 1951 and earned a degree from Clark University in Worcester, Massachusetts.

In the summer of 1949, at the University Settlement Camp, Steve met Phyllis Schwartz. They were married on Jan. 29, 1955.

Steve served on the New York Hotel Trades Council and the board of the trustees at Clark University. He also sat on the board at University Settlement.

He is survived by his daughters Marcy Puklin and Laura Steinbrecher; his grandchildren, Rachel Johnson, Sarah Livingston, Matthew LiVigni and Mikaela LiVigni. Phyllis died in 2009 and their son, David, in 2004.

Memorial donations may be made to the Phyllis Steinbrecher scholarship at University Settlement (universitysettlement.org) or the David Steinbrecher Fellowship Program at Clark University (clarku.edu). 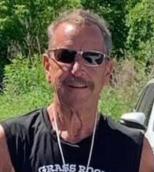 Bobby was born Oct. 11, 1958 in Cold Spring, the son of Robert and Carolyn Van Tassel. He grew up in Beacon and graduated from Beacon High School in 1977.

In 1979, Bobby joined the U.S. Army and served until 1982 as a military police officer. In 1978, he joined Chelsea Fire Co and held the positions of firefighter, lieutenant, captain, assistant chief, chief and commissioner. In 1984, he started work at Emergency Control/Global Foundries.

In 1999, he married Georgeann, and they kept the family close by hosting parties every Thanksgiving, Christmas, New Year’s Eve, Memorial Day, Fourth of July, Labor Day and any reason in between. Bobby was a runner with Grassroot Running. He enjoyed golfing with margaritas, concerts with parking lot parties, and spending time with his family.

Along with wife and mother, Carolyn Muller, he is survived by his children, Trisha Betley (Jason), Timothy McDougall (Sarah), Brittany Nawrocki (James) and Amber McDougall, and his grandchildren, R.J., Christopher, JamieLee, Sophia and Henry. He is also survived by his siblings, Karen Powles (Bill) and Michael Slinskey.

A firematic funeral service was held on Oct. 24 at McHoul Funeral Home in Fishkill. Memorial donations may be made to Wounded Warriors (woundedwarriorproject.org) or Tunnels to Towers Foundation (t2t.org).