Will play four games as the “Cider Donuts” 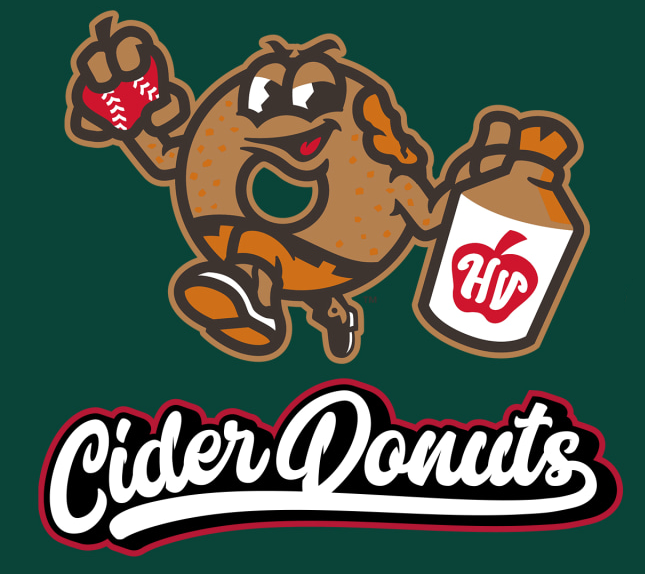 The Hudson Valley Renegades, the High-A minor league baseball affiliate of the New York Yankees, announced an “alternate identity” that it will adopt for four home games during the 2023 season: The Cider Donuts.

The team has released a line of merchandise with the name and will use a new mascot, Dusty the Donut, during the games.

The first game to be played by the Hudson Valley Cider Donuts is scheduled for June 3. The remainder will take place in July, August and September.

Concessions will sell cider donuts at all 66 home games played at Dutchess Stadium in Wappingers Falls, the team said. The Renegades open the season April 7 at home against the Greensboro Grasshoppers.