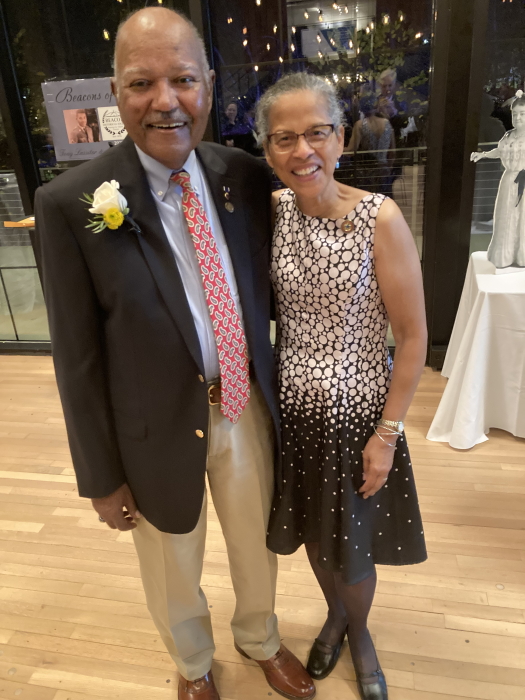 Anthony Lassiter is a lifelong Beacon resident who, on Thursday (Nov. 10), received a Beacons of History award from the historical society in recognition of his decades of community service.

Is it fair to say the first community you served was the country?

That’s an accurate statement. I was drafted into the U.S. Army in 1967 and assigned to the Presidio in San Francisco after boot camp. I was sent to Vietnam in April 1969 as part of a combat engineering group, the 28th Engineering Brigade, based in Vinh Long. On Aug. 25, 1969, I was riding in the bed of a dump truck outfitted with an M60 machine gun when a rocket-propelled grenade hit. Two men died, another lost an eye and I was injured, along with a third soldier, by shrapnel. After the service, I thought about staying in San Francisco, but decided to put my roots down in Beacon in November 1969. I’m happy I did.

When did you start volunteering?

When I got out of the service. I joined the American Legion and VFW [Veterans of Foreign Wars]. At IBM, where I worked, they supported volunteerism and wanted you to get out in the community. I have also volunteered for the National Purple Heart Hall of Honor in New Windsor. I served on the Beacon Planning Board for 15 years and now I’m on the Housing Authority board. I coached Little League Baseball and basketball. I was treasurer for the Lions Club for years but stepped down for health reasons. I worked at the food pantry at St. Andrew Episcopal Church but also had to pull back from that. I’ve met and worked with some fantastic people.

What are some of your most rewarding experiences?

Serving on the Planning Board and managing the Housing Authority’s two complexes, Forrestal Heights and Hamilton Fish Plaza. Both facilities got high recognition for management from the state and federal government. I think we’re doing a great job.

What helped you escape the problems so many returning veterans face?

I had a great support system. I met my wife when I got out of the service, and she’s been instrumental in me moving forward. She’s a very kind, giving person, a loyal, loyal companion. We’ve been married 50 years and I don’t know what my life would have been like without her. And I’ve been proud of both of my sons. So, I had a really good family structure.

Why is service so important to you?
I’ve had a very good life and it meant a lot for me to give back to the community where I was born and raised and try to help people who are less fortunate than I was. When we do things for veterans — like we go to the Castle Point VA Medical Center and put on a picnic for the veterans — it just does my heart good.