A Fishkill hack recounted a curious encounter with a young man in a heavy black overcoat and fur cap who hired him at 11 p.m. on a Saturday night. The passenger asked to be taken to Poughkeepsie to catch the train to Montreal, although the same train stopped at Fishkill Landing at 2:18 a.m. The carriage reached Poughkeepsie at 1 a.m. and the man paid the $13 fare from an immense roll of bills. However, as the puzzled driver looked on, the man jumped aboard a southbound train that arrived at 2:06 a.m.

In his will, Archibald Dunlop of Troy left a bequest for Mary Aiken of Quaker Hill [Pawling] in Dutchess County. He explained: “Many years since, before my acquaintance with the late Mrs. Dunlop, I was engaged to Miss Aiken, which engagement, for certain reasons, was broken off by me. I have not seen her for over 30 years but know that she is still alive, and now, for partial reparation for the wrong committed, I direct my executive to pay her in three installments the sum of $10,000” [about $244,000 today].

After a storm on Dec. 26, more than 700 railroad passengers were snowbound between Poughkeepsie and Peekskill. Southbound service was suspended at noon, and it took a northbound Montreal express nearly 14 hours to reach Poughkeepsie from New York City. Two southbound locomotives left Poughkeepsie at 8 a.m. the next day, hoping to connect in Cold Spring with the stranded Sarasota Special and Cincinnati Express to complete their journeys. At the same time, the Chicago Express, which left New York at 8 a.m., was five hours behind schedule reaching Cold Spring but no one knew its location.

The Mechanics’ Savings Bank of Fishkill Landing bought $7,000 worth of bonds issued by the Turners School District in Orange County to build a schoolhouse. The bonds paid 3.75 percent annually.

Although he left a note that read, “I can stand it no longer,” it wasn’t immediately clear why Charles Hazard, the former editor of the Elmira Gazette, had in September drowned himself in the Hudson River at Fishkill Landing. Two days later, a man named Edward Burnett had drowned himself in the Finger Lakes. Burnett left a note vowing revenge on Hazard, A. DeWitt and Judge Platt, whom he said ruined his life. “I swore to drive Hazard to the end, and I have kept my word,” he wrote. By December, the story was still circulating in the papers, with more details revealed. In 1868, Hazard, then 24, had bought an interest in the Gazette. Soon after, a woman accused him of fathering her child. Hazard, who was engaged, enlisted a friend, George Hall, to accept paternity, but Hazard’s fiancee still broke it off. Ten years later, in 1878, Hazard and DeWitt had compelled Burnett, a schoolteacher in Elmira, to marry a servant girl he had impregnated who worked for the DeWitt family. When Burnett fled the day after the wedding, Hazard attacked him in the Gazette until he was arrested and jailed for six months by Judge Platt. Three days before his death, Hazard wrote to Hall: “Someone who hates me and has an old vengeance has found out the story which I thought was only known to you and to me. Have you ever talked?”

Workers tearing down buildings in Farmer’s Mills, just over the Putnam County line, where the City of New York was building a reservoir, discovered a cache of buried silver and gold coins. A worker, while excavating, struck a coin with his pick. That set the men to digging furiously and they uncovered more than $1,000. A bank had formerly sat on the property before it was purchased by Sheriff Barrett, who sold it to the city. According to a contract with the firm that employed the workers, it owned the buildings being dismantled, but the workmen claimed the money was theirs. It was not clear if the bank would have a claim.

It was announced that Beacon would have four political parties competing in the spring elections: Democratic, Republican, Independent and Church, the latter advocating strict enforcement of laws banning liquor and Sunday movies.

Although Beacon High School came back during the fourth quarter against Poughkeepsie to tie their basketball game at 27, Poughkeepsie scored in the last minute to win, 29-27.

A swindler who said his name was William O’Leary came through Beacon and Fishkill, leaving behind a string of bogus checks. The stranger opened an account at the Fishkill National Bank with a $23,000 check drawn on a Montana bank and immediately began negotiations to buy Hillcrest Farm. To close the deal, he presented a $4,000 check drawn on his new account, but when the Fishkill bank finally was able to reach the institution that issued O’Leary’s $23,000 check, they were told he had no account there. By that time, O’Leary had hired a Beacon cab to drive him to Albany. The driver later learned that his employers had cashed a $50 check from O’Leary, which is how he got the cash to pay for the fare and a generous tip.

An appeals court upheld a $1,300 judgment awarded to James Torrey, who sued the Matteawan Hat Manufacturing Co. claiming that the little finger of his right hand had been poisoned by dye. Torrey’s job had been to untie the bundles of hats when they came in from the vats; he said a blister became infected.

A Hudson Valley council of Improved Order of Red Men chapters was organized in the wigwam of the Mahwenawasigh Tribe in Beacon. W.A. Povole of Newburgh was elected chief of the fraternal order and John Shaw of Beacon named Keeper of Wampum (treasurer).

Taxpayers, for the third time, voted down a proposal to spend $140,000 to build an addition to the high school with a gymnasium and auditorium. The vote was 245-236. The building was so crowded that students could only attend part-time. The state Education Department, which had ordered Beacon to construct the addition, said it would likely reduce the district’s aid by $10,000 annually to force the issue.

A Poughkeepsie woman who left her pocketbook in the train station restroom lost $30 in cash and $400 in government bonds. 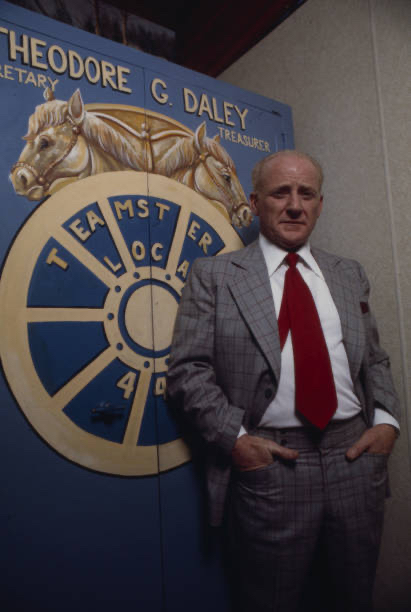 Ted Daley, secretary-treasurer of Teamsters Local 445, was re-elected by a wide margin. A Beacon resident, Daley had vowed to investigate mob involvement in the cigarette vending business, and Rep. Hamilton Fish Jr. said he planned to have Daley testify before Congress. Daley received death threats after he provided information to a Newburgh Evening News reporter who documented how local dispensers and their stock were controlled by the Columbo crime family.

The Beacon City Council said it would move money around to avoid an increase in property taxes, which were $12.62 per $1,000 of assessed valuation for residential homes and $20.99 per $1,000 for businesses. The city administrator said much of the $200,000 increase in spending in the 1998 budget was because of salary hikes for firefighters and police officers.

St. Francis Hospital announced that it planned to expand and build a 160-bed nursing home in Beacon in partnership with the Wingate Development Corp. 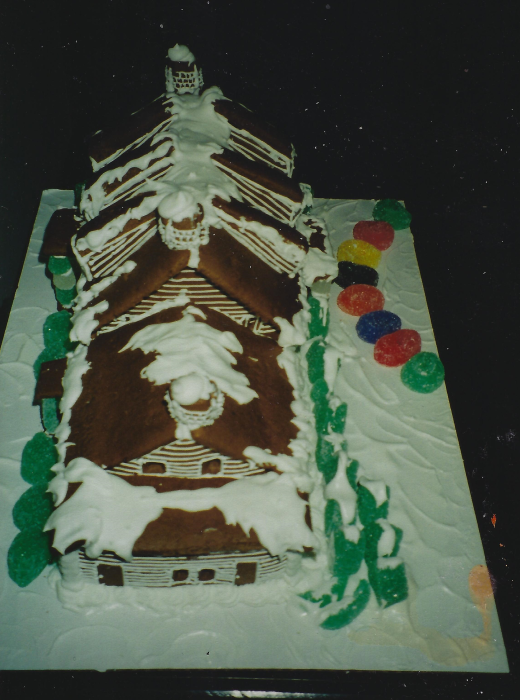 Lorraine MacAulay, a member of the Beacon chapter of the Daughters of the American Revolution, created a gingerbread version of the Madam Brett Homestead with 30 windows made of melted sugar on parchment paper.

A Metro-North police officer came to the rescue with a teddy bear to coax a 2-year-old to unlock the door of the car in which she had accidentally been trapped. The girl’s mother was retrieving something from her trunk at the station when she realized she had locked herself out. Fortunately, the toddler knew how to unbuckle her car seat, and mom then used a bear retrieved by the officer from his squad car — it was on hand to calm children involved in traumatic events — to coax her daughter into the driver’s seat and to push the button to open the electronic locks. There was a brief delay while the girl played “race car” with the steering wheel.