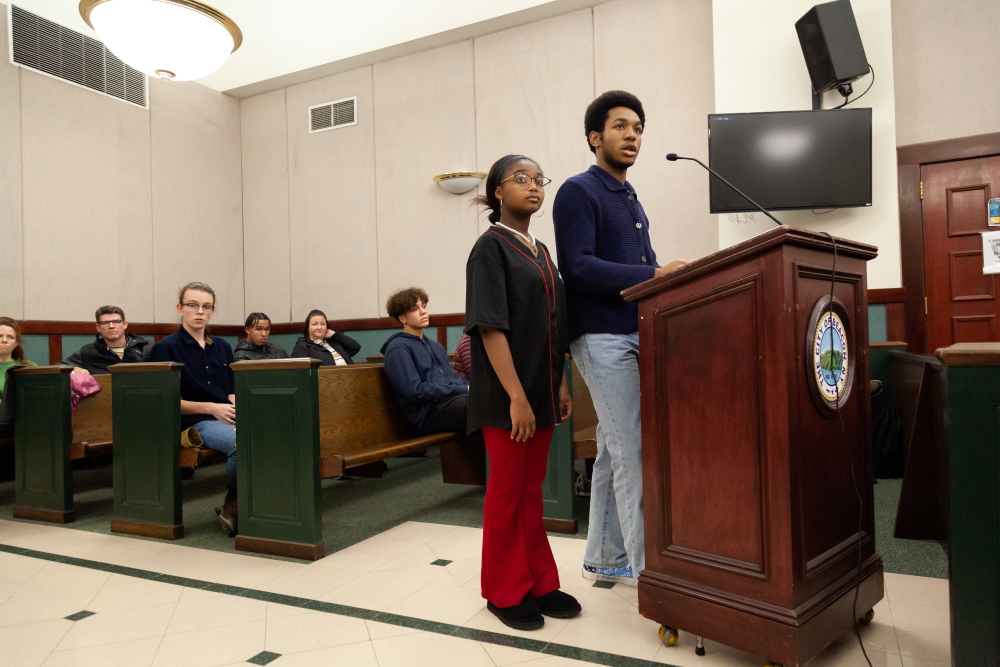 After receiving four “participatory budgeting” proposals from Beacon High School students, the Beacon City Council agreed on Monday (Dec. 19) to spend $10,000 on a replacement basketball rim and backboard at Memorial Park and to install a water bottle filling station, likely at either Memorial Park or Green Street Park.

The students, who spoke to the council on Dec. 12, were from Erin Haddeland’s Participation in Government class. Here, senior Jaeden Drysdale and junior Karimah Muhammad present a proposal for beautification of the historic Union Burial Ground, a cemetery that sits between North Walnut and North Brett streets. The other students who presented were Dylan Howard, Journey Fleming and Senan Scott-Hamblen, all seniors.

While the council chose to fund two of the four proposals, the city will address the other two, as well. A proposal for repairs at the municipal swimming pool will be covered through the Recreation Department’s 2023 operating budget, and the Highway Department will help a group of volunteers clean up the Union Burial Ground in the spring. The council also included $10,000 for a second round of participatory budgeting, which Haddeland called “an amazing way for students to see firsthand how they can impact their community,” in the city’s 2023 budget.