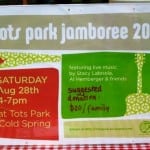 Park has a majesty all its own, as multiple generations of Philipstown moms and dads (and beleaguered babysitters) can attest.

Many an “I’m tearing my hair out” toddler-rearing moment has been salvaged by one of Cold Spring’s great resources: the Tiny Tots Park.  The mighty Hudson may roll on, the rugged mountains may assert their grandeur, but Tots Park has a majesty all its own, as multiple generations of Philipstown moms and dads (and beleaguered babysitters) can attest.  The third annual Tots Park Jamboree (August 28, 2010) celebrated that special mix of respite and companionship that Tots Park engenders for both children and parents. The charm factor at the Park beguiles parents new to the area, and brings back fond memories to parents whose children have outgrown the shady and sunny spot in the heart of the village. On a day that was the embodiment of “late summery afternoon” both the enclosed 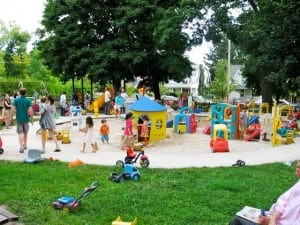 playground and the adjacent open park area were filled with the quite young, the even younger, their parents, grandparents and extended families, all of whom enjoyed the old-fashioned pleasures of sing-along and dance-along tunes, lemonade, sand-box action and plenty of conversation.  Support from the happy crowd raised nearly $1,000 for the Park.

Local musical favorite, music teacher and former Tots Park mom Stacy Labriola rounded up a host of musicians including fellow Motherlode members Patti Pelican and Terry Platz, accompanied by Art Labriola and Al Hemberger. John Harms and Tiki Daddy followed, playing some Hawaiian swing, as did fellow Philipstown musicians Nick Poholchuk and John Teagle. The afternoon was capped with a surprise appearance by Philipstown’s own Dar Williams, happily with some clement weather to 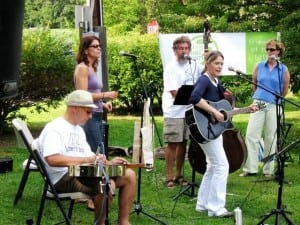 perform in (her Sunset Series concert of a couple of weeks ago was rained out and has been re-scheduled to Sunday, September 5, at 5:30pm, at the Bandstand).

Tots Park is now in its third incarnatio.  Originally located on the grounds of the Haldane School District, it moved to its current site, Cold Spring Village-owned McConville Park, in 1990, and was re-established in a different part of the park in 1999.  The park has always been volunteer-led and community-driven.  Early volunteers included the “Mothers on Mondays” group, the Lions Club and the still-going-strong Friends of Tots Park, who organized the Jamboree and support the Park in many ways.
According to the very informative Web site, http://totspark.blogspot.com// “the current site is considered ideal for a children’s playground because of its level grade, ample shade protection, and protected convenient location, which is easily accessible by village pedestrians (and strollers!).” This – ideal playground – was one of the reasons that Beth Edelson, mother of two young sons, and active with Friends of Tots Park, bought her house in Cold Spring four years ago.Ã Edelson calls Tots Park “wonderful for the children, and also for the parents.  I’ve met a lot of friends here.  It’s kind of our other back yard.  We’re very lucky to have it.”
In previous years, the Jamboree served as a major fundraiser for the Park.  Pledges of over $14,000 raised in 2008 helped support a multi-phase renovation project for the playground, which is now partially completed, with new bouncers installed and renovations and additions made to the sandbox.  Decisions were made “at the Tots Park ballot box” on what equipment to replace, and the Philipstown Highway Department, along with many local contractors volunteered their time and expertise pouring concrete and safely installing everything. The Village of Cold Spring helps maintain it all. Replacement of the large bridge/climbing structure is still in the works. 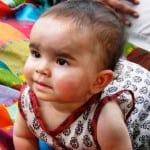 Friends of Tots Park volunteers are active year-round helping with clean-ups such as raking and mulching, and oiling the swings during the “May Makeover” and “Fall Clean-Up.”  Events such as the annual Halloween Costume Swap, with gently-used costumes exchanged for a small fee, go to support the Park. Other fundraisers have included tag sales and an “Art for the Park,” chamber music concert and silent art auction evening. The Friends of Tots Park and their children often participate in community events, such as marching in the Fourth of July parade. 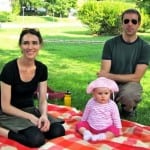 Last year a memorial garden for beloved Park grandmother Judy Davis was designed by a volunteer mom, Kory Riesterer. This year a Tots Park cookbook, edited by Eileen Caulfield, is close to completion, and can be ordered through the Web site.  It will also be available at Friends of Tots Park supporters, The Country Goose and Payning by Caryn on Main Street.  For those parents who feel the need to “order in” or “order out” as the case may be, Cup-o-Cino Cafe is now bringing Main Street to the park  by delivering java and goodies to the caffeine-needy.
Friends of Tots Park is a nonprofit, and accepts donations at any time through the Community Foundation of Dutchess County, which administers their finances.  Tax-deductible contributions may be made through their auspices via a link on the Tots Park Web site.  Anyone wishing further information on Tots Park or Friends of the Tots Park should visit the site, or email [email protected] and you will be welcomed into the Tots Park community.
Photos by A.Rooney