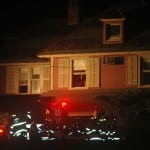 A fire at the Plumbush Inn just outside Cold Spring and Nelsonville sent Cold Spring Fire Company Number 1 and other departments from the region racing to the scene Wednesday night, Sept. 1.

Smoke billowed around the side of the old house shortly after 9 p.m. as firefighters got the danger under control. No flames were visible at that time, at least from the front lawn beyond Route 9D. Within a half hour, no more smoke could be seen. The blaze was said to have begun in the basement. By 9:45 p.m. firefighters unofficially reported that operations were winding down. 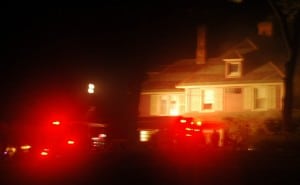 5 thoughts on “Fire Departments Respond to Fire at Plumbush Inn”