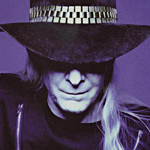 Johnny Winter (left), is a true blues legend and one of the most respected singers and guitar players in —a clear link between British blues-rock and Southern rock, cutting quite the memorable figure with his wraithlike features and coloring, fiery guitar playing and penetrating howl. Legendary guitarist and sideman for the late Howlin’ Wolf and others Chicago blues masters, Hubert Sumlin was voted into Rolling Stone’s 100 Greatest Guitarists in the History of Rock & Roll, and pretty much laid the groundwork for Johnny and his generation of bluesmen. This is a match made in heaven.
Tickets: $39, $49, $65. tarrytownmusichall.org 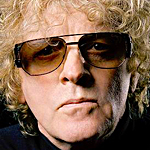 Hey, Dude! As the lead singer and focal point in Mott the Hoople, Ian Hunter established himself as an incredibly inventive songwriter with his gritty and thought-provoking songs, paving the way for the original wave of punk rock. As a renowned solo performer he has also succeeded with an eclectic catalogue of superbly intelligent albums and an immensely dedicated following. Billed as “An Acoustic Evening with Ian Hunter & Friends” this date was added after December 10th’s quick sell-out.
Tickets: $55 advance ($60 door). townecrier.com 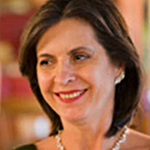 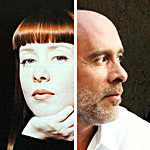 MUSIC | Suzanne Vega & Marc Cohn
8PM, The Tarrytown Music Hall, Tarrytown
A pioneer among singer-songwriters, Suzanne has embarked on a project to re-imagine her own admirable songbook in a stripped down and intimate manner. “Close Up: Vol.1, Love Songs” is the first of a projected four disc series.  On “Listening Booth:1970,” Marc Cohnª”Walking in Memphis”) transforms songs from artists like Cat Stevens, Lennon, McCartney, Van Morrison, Smokey Robinson, CCR and even Bread into tracks that are warm, soulful, more than a little sexy. Both of these highly personal interpretations/reinterpretations say as much about the artist’s own histories —experiences, memories, inspirations — as about the legacy of these songs, and both have produced works sung with such feeling, that they feel brand new.
Tickets  $39, $50, $65. tarrytownmusichall.org 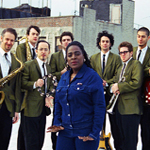 MUSIC | Sharon Jones & The Dap-Kings
7PM, Bardavon, Poughkeepsie
The prime proponents of Daptones Records back-to-analog sensibility, Brooklyn-based Sharon Jones and the Dap-Kings are steeped in the gilded and gritty sounds of gospel, soul and funk that hark back to the “house band” heyday of such labels as Stax and Hi! Records . (As spearheads of that revivalist movement, the Dap-Kings have furnished grooves for a variety of artists wanting to jump on board that soul train, most notably Amy Winehouse.) Sharon Jones is the real deal and leads the outfit in a genuine AND authentic revue which is neither homage or pastiche, just a butt-shakin’ revelation.
Tickets: $47 ($42 members). www.ticketmaster.com