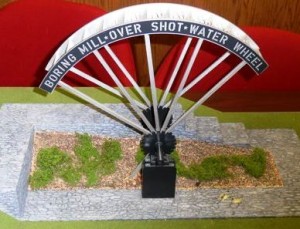 First of several hurdles before construction can begin

Scenic Hudson’s proposed restoration of the 87-acre West Point Foundry Preserve (WPFP) received its first regulatory approval on April 20 when the Cold Spring Village Historic District Review Board awarded the project a Certificate of Appropriateness after a sparsely attended public hearing.  The certificate affirms the $3.6 million-project is in compliance with the village’s historic architectural and design standards.  The vote was 4-0 with one member absent.  No opposition to the project was expressed at the hearing or otherwise entered into the record.
The review board’s sign-off is the first of several required approvals or sign-offs needed from state and federal agencies and most importantly the Cold Spring Planning Board, which has declared its intention to become the “lead agency” reviewing the project. The technical designation, once formally declared and communicated to other agencies, will start a regulatory review clock and presumably provide momentum to the approval process.  The planning board is expected to do so in the next week or two. Scenic Hudson, a non-profit historical preservation and land conservation group, first applied to the Cold Spring Planning Board in 2008.  The group has previously expressed the importance of beginning construction as early as possible in 2011 so as to finish principal work before winter.
At the review board hearing Rita Shaheen, director of parks for Scenic Hudson, and Darlene Montgomery, a consultant from Mathews Nielsen, a landscape design firm, presented the already-reported-on outlines of the project (see Jan. 28 story) for the benefit of the record and the three people in the audience besides a reporter. The project has been the subject of many previous workshops and meetings of the review board. Shaheen stressed the project was intended as “a passive park that interprets the history, ecology and culture of the area.” She emphasized the use of recycled materials and native plants in the development plans as well as the low maintenance necessary to sustain it.
Montgomery pointed out that Scenic Hudson and its consultants had studied the site in all seasons, observed rainfall conditions, measured pond depths, conducted soil borings and calibrated sign sizes for conformity with the surrounding environment.
During the public comment period only one unaffiliated citizen spoke. Charles Merando of Chestnut Street, whose home borders the WPFP property, praised the project after receiving assurances that road materials wouldn’t raise dust and that a buffer of trees would protect his privacy.
Kendall Ingenito, outreach coordinator for the Putnam County Historical Society and Foundry School Museum, said Scenic Hudson had received much of its historical information from her organization.  “This project will greatly enhance our educational programs.  Right now our history at the site is imaginary; this will bring it to life,” she said. “I think it’s fabulous, a wonderful conception,” offered Gail Greet Hannah, a board member of the Chapel of Our lady Restoration, which is located near the WPFP on the riverside of the Metro-North railroad tracks. “This project makes the connection of how the village worked in the 19th century,” said Hannah. Board chairman Al Zgolinski also read a letter of support from Anne Impellizzeri, a member of the Cold Spring Comprehensive Plan Special Board and the advisory committee for the WPFP project. 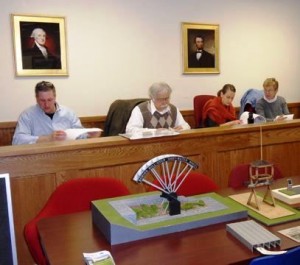 For their part, the Historic District Review Board members were generally complimentary of the project. “I’m so excited; this is an incredibly well-thought-out project,” said Kathleen Foley, who appeared to sum up the board’s view. Nevertheless, despite their praise and approval, the members couldn’t resist holding on to three small issues compelling Scenic Hudson to return to the board at a later date. The exceptions to the general approval included the proposed composting toilets (the board still has reservations about the structure’s construction materials), and the board’s desire that Scenic Hudson do more to expose the cupola (a domed roof) that has been removed from the abandoned office building on the site. There are no current plans to use the building and the cupola is wrapped in a protective material on the ground. But Foley argued people should be able to see the object as part of their historical experience.  “It feels sacred,” she said.  Shaheen said they would look into the possibilities for exposure but that Scenic Hudson needed to be mindful of avoiding any additional expenses.
The final rub for the board was a proposed group of picnic tables intended primarily for visiting school children. Carolyn Bachan expressed disappointment in the wooden materials and their red color, indicating she had expected a more industrial, metal look.  “For some reason they remind me of McDonalds,” said Bachan. The consultant Darlene Montgomery countered by pointing out that the black locust wood had been specially chosen because it fades to an industrial-looking gray over time and, further, that wood was more comfortable for picnic sitting than metal. Nevertheless, the board decided to hold the issue over for further review.
Photos by K. Foley