What is your plan for evacuation if an incident at the Indian Point nuclear power plant triggers such an alarm?  Your own plan is important because at the heart of the official evacuation plan for those living in the designated evacuation zone is your own personal plan.  The 16 Putnam County electronic radiological alert sirens will blow for four continuous minutes and you will also receive a telephone message instructing you to tune into designated radio and television stations for further information and guidance about the situation  If evacuation is necessary, then you and yours will be told to leave.  Where will you go? How will you get there? How long will you be prepared to stay? What will you bring with you? 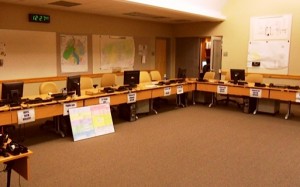 And, as is often the case these days, what if one or more family members are away, at school, work or a sleep over?  What if the Metro-North railroad, which runs very close to the Indian Point site, is closed for safety reasons? What options are available for family members, especially children, if they are unable to get home from lower Westchester or New York City before an evacuation is necessary?

In the 47 years since the power plant first went online there has never been a call for evacuation.  So it is understandable that people don’t have their plans for evacuation at top of mind or anywhere else for that matter.  Yet, for some, the events in Japan at the Fukushima Daiichi plant, which necessitated an evacuation in March of this year that is still in effect, raise questions as to what might happen here if the release of radioactive materials required people to move away temporarily.

For decades the federal government has contemplated this possibility by requiring Entergy Corp., the plant’s operators, to finance the creation and update of evacuation planning in coordination with local authorities.  Every year those Putnam County residences or workplaces considered to be inside the official Nuclear Regulatory Commission’s (NRC) emergency planning zone (EPZ), or just outside its 10-mile limit in populated areas such as Cold Spring and Nelsonville, receive a booklet in the mail describing the plan and the issues people should take into consideration.  Have you read the book? Did you save it? Do you know where it is?

The latest edition of the book, published by the county’s Bureau of Emergency Services (PCBES), is entitled Are You Ready? and provides basic information, some advice and a modicum of reassurance about what might happen under an Indian Point evacuation order. If you have lost the book, the contents are available online at the county’s website at pcbes.org. 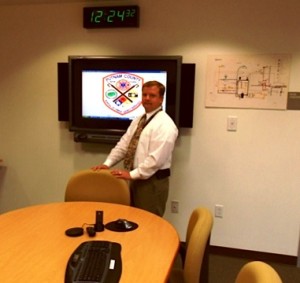 “The sirens are typically tested quarterly, and residents should utilize that opportunity to verify their local, family emergency plan. It’s good for them to do a quarterly check of their level of preparedness as we’re testing our capabilities,” said Adam B. Stiebeling, deputy director of the PCBES and point person for radiological event planning and coordination.

Stiebeling observes that family planning for an Indian Point emergency is not much different than for other possible events such as a hazardous materials accident or a bad storm with an extended power failure. Making pre-arrangements with other family, friends or neighbors for mutual aid, storing emergency supplies and having copies of key documents are integral to confronting many different emergency situations that might arise. Page 24 of the Indian Point emergency guide lists a number of items a family might require in an evacuation. Notably, the guide suggests enough supplies for three days away from home in the event of an evacuation related to Indian Point.  Japanese residents in the nearly 20-mile Fukushima evacuation zone are now entering their fourth month away from home.

From the PCBES headquarters in Carmel, Stiebeling oversees an Indian Point planning operation that he said includes training for police, firefighters, emergency medical technicians, school officials and bus drivers as well as coordination drills with all the county’s government agencies “to protect the public safety in the event of an radiological emergency.”  A direct line telephone to Indian Point sits at the center of a phone bank on the county executive’s emergency conference table. Most of the time the modern PCBES facility is used for, among other things, coordination of services during fires, bad storms, major accidents and anti-terrorism efforts.

Parents understandably would be most concerned about their children who might be away from home on the day of a radiological alert.  “We partner with our school districts, daycare centers and nursery schools in the evacuation area for the protection of children, the most vulnerable population of the county,” said Stiebeling.  He said he conducts an annual formal review with these institutions and more frequent informal discussions around planning and communication in case evacuating the area’s 5,000 children to reception centers in eastern Putnam schools is necessary.

For example, bus-driver training includes use of radiation detectors and an understanding of when to administer potassium iodide pills, according to Stiebeling. Iodide pills, which can protect against radioactive poisoning, are distributed for free annually by the county and can be purchased inexpensively at any pharmacy. Different doses apply at different age levels.

Stiebeling asserts that an unlikely radiological event requiring evacuation is likely not to be instantaneous but rather a situation developing over a 12-48 hour time period or longer, as officials measure and assess radiation leak levels. This scenario provides ample time for most families to reunite before proceeding to an evacuation. “This assumes people listen and follow instructions,” he said.

Individuals who cannot drive are eligible to register with the county, through a form available in the booklet, making them part of an emergency bus service.  But these people have to proceed to designated bus stops at designated times to catch a ride to a shelter once an evacuation is ordered. People who cannot walk or have limited ambulatory capability need to make arrangements to be driven by others unless they are in an institution where care is typically provided. 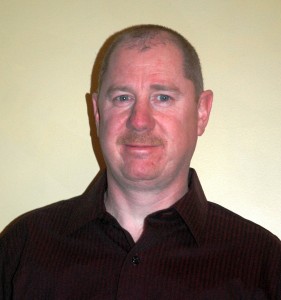 With most of the county’s population on the eastern side and the county’s limited resources, there is no official PCBES infrastructure in Philipstown except for one individual with several hats. J. Ralph Falloon is a professional firefighter in Connecticut, a volunteer firefighter and village trustee in Cold Spring, a resident of the EPZ and the county’s part-time emergency services coordinator for Philipstown.  Falloon is generally optimistic about Indian Point’s operational risk.

“Personally I think they [Entergy] do a good job at Indian Point. I have toured the plant and was impressed by the redundancy of the safety procedures and the radiation containment structures. The back-up systems are better than those they have in Japan, in my view,” he said. Falloon also believes the county does a good job preparing for events with training and drills.  He also sees Philipstown’s geographic advantage in being situated on the northern cusp of the zone with relatively easy access to roads further north and east in the event of an evacuation. Falloon’s problem with any radiological evacuation plan for Philipstown is its necessary reliance on two unreliable factors: volunteers and public cooperation.

“Any evacuation plan here relies on a ton of volunteers, and volunteers are not required to show up for anything,” he said. Depending on the size and scope of the emergency, Falloon has doubts about how many volunteers are going to turn out in a radiological event. In a minor controlled release of radiation he believes there is a reasonable chance for traffic- control assignments and other emergency responses, such as accidents and health-related calls, to be addressed. But in a more serious situation he thinks most volunteers understandably will look to their family’s safety first.

Falloon also despairs about the general public’s lack of attention to preparation and rational decision-making when an unexpected serious emergency occurs.“People should know what to do to prepare, but they don’t  The average Joe citizen often won’t listen to a volunteer firefighter or emergency responder if they don’t like what they’re saying  The reality is in a serious situation some of the public will likely create more of a disaster by their behavior,” said Falloon.

Falloon still hopes people will keep the county booklet handy and familiarize themselves with the details. He also thinks there should be table-top drills (practice scenarios) by officials at the town and village level to better acclimate more people to what might happen and how to respond to an Indian Point alert and evacuation.

In 2003, then-Gov. George Pataki, a current Philipstown resident, authorized a study of Indian Point emergency planning by James Lee Witt, a former head of the Federal Emergency Management Agency (FEMA). Witt’s report was sharply critical of the planning  Among the report’s major findings:

1. The plans are built on compliance with regulations, rather than a strategy that leads to structures and systems to protect from radiation exposure.

2. The plans appear based on the premise that people will comply with official government directions rather than acting in accordance with what they perceive to be their best interests.

3. The plans do not consider the possible additional ramifications of a terrorist- caused event.

4. The plans do not consider the reality and impacts of spontaneous evacuation.

5.  Response exercises designed to test the plans are of limited use in identifying inadequacies and improving subsequent responses.

“These planning problems are more serious,” the report concluded, “because of the large population concentrations near the Indian Point plant, and when the effectiveness of the plan requires a degree of public and responder confidence that is largely absent.”