Philipstown town officials want local residents who have storm damage from Hurricane Irene to know the town is mounting an effort to coordinate all potential claims for funds from the Federal Emergency Management Agency (FEMA). At the regular monthly meeting of the Philipstown Town Board last night (Thursday, Sept 1) Supervisor Richard Shea announced the board would hold a special workshop on FEMA-related issues at the Town Hall on Wednesday, Sept. 7 at 8 p.m. In the meantime, Shea urged homeowners and businesses to contact their insurance carriers and collect as much information as possible on the extent of any damage, the suspected cause and a timeline for events during and in the aftermath of the storm. He said the information should be sent or brought to the Town Hall to the office of the Town Clerk, Tina Merando, in advance of the upcoming Wednesday meeting. Information can be emailed to the clerk’s office at [email protected] Residents should call 845-265-3329 with any questions about how to proceed.
Shea said the town is coordinating its effort with Putnam County officials who, in turn, will work with state and federal officials to put the case to FEMA for funding. While some federal funding is likely for restoration work on area roads and bridges, Shea cautioned that the threshold for individuals to receive FEMA grant assistance was high and dependent on many factors, including conditions elsewhere in New York State. Shea also held out the possibility of low-cost loans being made available to homeowners and businesses.
Putnam County, as of Thursday’s meeting, had not yet been declared eligible for FEMA disaster funds, but Shea said county officials believed that would change after FEMA officials spent time in the county, especially in the Philipstown area. Shea said he expected a FEMA tour together with county officials to take place in the next few days.  Shea said County Executive Paul Eldridge had already toured Philipstown a few times and had become quite familiar with conditions. It’s the most support we have ever had from a county executive, he said.

Roads open, but many need work

In related news, Shea and Philipstown Highway Superintendent Roger Chirico declared area roads as generally open and navigable but they said many of the town’s dirt roads needed additional restoration work and afforded only narrow passage for residents. Shea and the other town officials enthusiastically praised Chirico and his staff for the department’s response to the storm. Chirico said he had already spoken with FEMA officials about the town’s road needs and that he would start the paperwork. He petitioned the board to restore a dedicated FEMA staff line to his budget. He also reiterated that little damage had been done to the town’s paved roads, a point he has made many times in the past in discussing the expense of repairing damage and maintaining dirt roads.
Chirico also said he would work with some local residents who were seeking to block drivers from turning down certain sections of roads, some private, where hazards still existed. Chirico commiserated with Town Board members about the need for concrete barriers. Board members agreed ordinary wooden barriers often do not deter some drivers from proceeding down blocked roads. John Van Tassel, board member and volunteer firefighter, told the story of people who moved barriers on Route 9 during the storm and continued driving only to end up calling 9-1-1 for rescue from floodwaters. 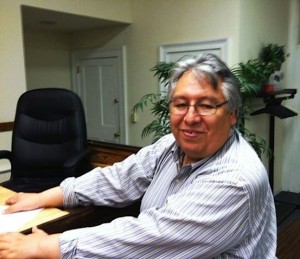 Shea and the other Town Board members, who themselves spent many hours responding to the storm, effusively praised the work of the town’s volunteer fire and ambulance companies who responded to numerous calls for help. It’s amazing to watch what volunteers did during this storm. I have nothing but respect for them, we owe then a debt of gratitude, said Shea.  Betty  Budney, a board member, echoed Shea’s remarks and also pointed out that several area businesses, particularly those involved in construction, had answered calls for expertise and additional equipment to open roads and shore up dangerous conditions. She and Shea singled out Carlos Salcedo, head of Intensus Engineering on Route 9, which specializes in construction equipment sales, for making equipment available free of charge to the town. Among others she mentioned were Polhemus Construction, Harold Lyons & Sons, Pidala, Theile Industries, WestHook Sand and Gravel and Philipstown Tree Service.
One homeowner, Kelly Cutrone, who was rescued from her house on Route 301 during the storm, was particularly vociferous regarding the need for better communications from the town and the need for a volunteer committee to help residents with paperwork on claims.  Some of these people have no time to do this work, they have children and jobs to go to. We need a system that gives them help.  Shea tried several times to assure her the town was doing all it could.”