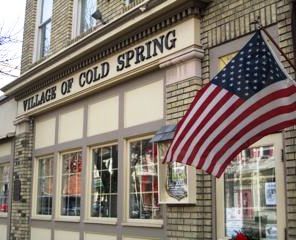 Voting 4 to 1, the Cold Spring Village Board last night (Dec. 20) rescinded its resolution declaring Cold Spring Fire Company No. 1 to be independent of village government control. The action cleared the way for the village and Philipstown to ratify a new contract for fire service to parts of the town. On Sept. 6, after months of friction, the Village Board had voted 3 to 2 to adopt a resolution, drafted by the fire company, that defined the 115-year-old CSFC as free of supervision by village officials, except for approval of spending, and allowed the CSFC to negotiate its own contract with Philipstown. Before that, the village handled negotiations.

Instead of clarifying the relationship between the village government and CSFC, the resolution ended up at the door of the New York State Comptroller’s Office, which arbitrates issues of local government law and which in a Nov. 30 telephone conference call nixed the idea of CSFC autonomy. As things sifted out, the Philipstown Town Board Dec. 1 postponed action on its 2012 contract for fire protection. Now, the contract can be ratified.

The rescission still allows village and CSFC leaders to craft a separate agreement on matters of mutual interest, such as details of the CSFC’s lease of the village-owned firehouse. Meanwhile, the repeal measure stipulates that the town should pay the CSFC directly for the latter’s share of compensation under the contract, and likewise pay the village government for its portion of the money. The town budget allocates $66,541 in 2012 for the CSFC, including a town share of firefighter pensions.

Tuesday night, Mayor Seth Gallagher and Trustees Bruce Campbell, J. Ralph Falloon, and Charles Hustis voted to scrap the Sept. 6 resolution. Trustee Airinhos Serradas voted “no.” In September, Falloon and Hustis, like Serradas, had voted for the independence resolution; Gallagher and Campbell had opposed it. In urging action, the mayor said that while the board had previously tried to put the independence measure “on the books, it’s not legal. Everybody has said, ‘you can’t do that.’” At the same time, he said, with the new year looming, Philipstown officials wanted the village to get things in order legally, so that the 2012 fire-protection contract could be signed.

“If we rescind the resolution we adopted [in September] it goes back to general municipal law, which states that the village will negotiate their [CSFC] contracts,” Falloon, a former CSFC chief, noted before the Tuesday vote. Falloon said that he and his Village Board colleagues had met with the fire company that evening before the board workshop and explained the need to move forward. “Otherwise, come Jan. 1 they’ll be without a contract,” he said. “We don’t want them to be without a contract and we’d like them to have their money from the town.” Furthermore, he said before the vote, “if we just rescind that [Sept. 6 resolution], then we can – all together – agree on the new one,” a new pact between the village and CSFC. “So it’s not like we’re just rescinding it and telling them to go away.”

Along with repealing the Sept. 6 resolution, the rescission measure states that “the village requests that the fire company’s portion of payment for the Philipstown fire service contract be paid directly to the fire company,” instead of being channeled through the village offices.

Although Serradas did not give reasons for his opposition to the rescission, a few minutes before the vote he said that he thought “we’re waiting for a written response from the Comptroller’s Office.”

“We’re not going to get a written response,” Gallagher answered. “We had a teleconference instead.”