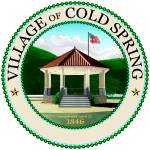 The Cold Spring Village Board breezed through its third and presumably last public hearing on its draft Comprehensive Plan Tuesday (Jan. 3), with little public input and an audience so small the session moved from the board meeting room to the tiny conference chamber usually home to the Planning Board.  As it turned out, the Planning Board (using the larger room) that night also discussed the plan, where discussion took a slightly different tack in regard to the implications of provision of natural gas. The Village Board also received good news in the form of a letter from John Lynch, Putnam County commissioner of Planning, Development, and Public Transportation, who endorsed the document as “a well thought out agenda for future activities and goals for the village.”

The Village Board’s initial call for public comment on the “comp plan” drew no takers from attendees. A bit later in the quarter-hour meeting, though, Mary Ellen Finger, who operates a farm in North Highlands, appealed to the board to use the comp plan to weigh in on “fracking,” or hydraulic fracturing of underground rocks to extract fuel. “I thought perhaps it would be very far-sighted for you to include some sort of language in the comp plan referencing the concerns for the water” and watershed, she told the board. Noting that she has followed the issue for about five years, she said that “there have been some really serious consequences in Pennsylvania” from fracking. “There is no federal regulation of hydraulic drilling. It has to be established on a state-by-state basis,” Finger pointed out. “Local municipalities and towns can pass regulations banning it for a lot of reasons.”

Mayor Seth Gallagher replied that during its previous public hearing Nov. 29 the board heard  considerable commentary on fracking and consequently revised a recommendation in the plan in regard to natural gas. The rephrased sentence now suggests the village “study introduction of piped natural gas to the village while taking into account the potential environmental and health impacts of natural gas drilling.” It does not specifically mention hydraulic fracturing, one of various means used to obtain natural gas supplies.

Trustee Airinhos Serradas urged the board to add a measure to the Comprehensive Plan to declare a moratorium on fracking “until this [practice] gets vetted out properly. I don’t want Cold Spring to be a guinea pig. There is no harm in putting in a moratorium on hydrofracking.”

Gallagher responded that the harm would be further delays in finalizing the plan, observing that a month ago, the board members had offered their supposedly final changes. “You can’t hydrofrack in the village,” he emphasized, terming Serradas idea “ridiculous.”

Without suggesting wording, Serradas then proposed that the board insert a fracking moratorium into the plan. No one on the board seconded his motion, so it died.

Before the Village Board hearing ended, Tom Campanile, an audience member, praised the Comprehensive Plan as “a great document” and linked it to the ongoing debate over the Foodtown grocery expansion and fate of the post office. “I would hope the [Village] Board would encourage the Planning Board, currently looking at the Foodtown situation, what’s happening there, to really review this document and some of the recommendations within it” on safety, walkability, neighborhood attractiveness, and so forth, he said. “And if we’re going to proceed with Foodtown and the post office, let’s do it in a way that doesn’t disregard all the hard work that went into this [Comprehensive Plan].”

In his letter to the village, Lynch cited the Comprehensive Plan’s relevance to county initiatives as well. It contains, he wrote, “many recommendations which the county would want to be an active participant with the village [on] in developing more detailed actions, such as the recommendations for the Butterfield Hospital Site and the [West Point]Foundry site.” He thanked the village government for submitting the plan for his department’s review and concluded that “there appears to be no adverse impact on county-wide considerations.”