Sixteen years ago, at a Desmond-Fish Library board meeting, members were going over the yearly calendar of holiday closings.  The subject of whether or not to close on Martin Luther King, Jr. Day arose, as at that time the holiday was not observed in the across the board way it is today. It was decided that, should the library be closed, it was important to hold an observance of some kind, in the spirit of why the holiday was created in the first place.

With that as the prompt, programming was determined with the basic idea behind it that civil rights are not relegated to the far recesses of the past, or even the more recent times we think of as “the civil rights era” but that they are key, deep factors in how we live in the Hudson Valley right now.

Early on, it was decided to present two separate programs, one for adults, held in the late afternoon of the Sunday before the holiday, usually in conjunction with a pot luck supper, designed to bring various communities of people together, and the other, for children, during the day on the holiday itself.  According to Steve Kent, then and now a library board member, “each year we try to connect a historic issue to local and regional determinations of civil rights today.”

Kent, a former academic who is now a media consultant for public interest and public policy clients, moved to Philipstown in 1990, quite enamored of its beauty. As someone who grew up in Ossining — a much more mixed town, racially, due to its location as one of the stops along the great path of southern to northern migration — Kent was dismayed to hear of instances of overt racism here 20 years ago, “I had a friend in Nelsonville, and his across the street neighbor had hosted African-American guests overnight, and in the morning his tires were slashed … I loved this place, but it really bothered me; race relations mattered to me. In Philipstown, the black population peaked by the mid-19th century and then declined to practically nothing, a legacy which continued through the 20th century.”

Kent details some of the reasons for this trajectory: “As opposed to other nearby regions, although the emancipation of slaves in New York state took place in 1823, in actual fact, the model of servitude here, the Dutch indentured servant model, was far more insidious and left blacks attached to white families. There was an incident in [the Town of] Southeast where a white woman married a black man in the mid-19th century. Their money ran out and she actually brought him south and sold him into slavery. The Mason-Dixon line terminus was actually above the Canadian border and there were slave-catchers around here right up to the Civil War.”

More specifically relating to just Philipstown, according to Kent, the Parrott gun factory meant industrialization began early here, and, with it the settling of the Irish and Italian foundry workers the factory employed.  After the decline of the foundry, they stayed on, often at odds with each other, but “in a legacy of segregation against others.”  Kent was quick to point out that this was in no way limited to Philipstown, but rather endemic to much of the Hudson Valley region.  Added to that was the expansion of the Ku Klux Klan into the Northeast of the United States between the two World Wars, often, according to Kent, “billed and perceived as a charitable organization.” 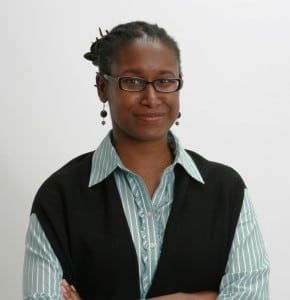 All of which factored into Philipstown’s to-this-day overwhelmingly white population.  Kent feels the instances of racism were much more pervasive when he moved here than they are today.  “I heard stories,” he said, “of deep discrimination in real estate. One was of an out-of-the-area real estate agent who sold a condo to a black family in 1984.  He was accosted and shown a gun and told ‘We don’t sell to blacks in this town.’”

Kent also mentioned other perceived instances of racism, “At the Friday night traffic court, in the 1990s, there were mostly black faces.”  Although changes were already afoot when he moved here, Kent had to reckon with his own discomfort, “I loved this place, but it really bothered me.  Do I move, or act in constructive engagement?”  The decision to initiate programming at Desmond-Fish was the direct result of this.

An added benefit was, Kent says, “Desmond-Fish was one of the free libraries not attached to municipal funding.  We could define our patron population very broadly — not just Philipstown, but a wider community.  That was the basis for the potluck, breaking bread together … It was and is an opportunity to support and nurture the building of an inter-racial community here … as a fast forward to today, I think things are radically different and improved; the lines have been crossed.”

Past adult programs have connected people like Paul Robeson and Harriet Tubman, with their regional presence, to contemporary civil rights issues, including undocumented workers.  This year’s adult program, to be held at 5 p.m. this Sunday, Jan. 15, will consist of talks by two Vassar professors, Dr. Sarita Gregory and Dr. Quincy Mills. Dr. Gregory’s talk will focus on Nancy DuPree, a Rochester teacher who, during the 1960s, worked with her students to process what was happening in the civil rights movement through spoken word and musical improvisation.

According to Kent, “Dr. Gregory draws a connection between how DuPree did it and the larger issue of how African Americans found their way into the political process.  She also studies voting rights issues and asks if there are connections with the Occupy movement and other contemporary civil rights issues.

Dr. Mills takes a look at black barbers in the 19th century, and examines the question “Were service professions a decent platform for integration into society?”  For more details on the content of their talks, click here. Due to damage to the Library’s kitchen from Hurricane Irene, there is no potluck supper this year, though snacks will be served.

Dr. Mills and Dr. Gregory will present again, on Monday, Jan. 16 at 2 p.m. at the children’s program.  They will explore similar themes, albeit in a different manner. Kent said, “the goal for the kids’ programs is just to expose them to these notions in an age-appropriate way, often through stories and songs.”

Both programs are free, courtesy of the Friends of Desmond-Fish Library, and open to the public.  For Desmond-Fish Library Director Carol Donick, they continue to resonate, “It’s important for all of us to remember Martin Luther King Day, and the values he stood for. Steve’s always done a wonderful job of combining a part of the history of the Hudson Valley area with what’s going on today. Martin Luther King Day is for many people a holiday that’s still evolving. It would be wonderful if people used it to come together to honor the day in an appropriate way, either through community service or other ways.”

There is never a fear of running out of topics for these programs.  As Kent says, “This is a deep and inexhaustible subject which sheds so much light on our issues today.” For more information, contact the library at 845-424-3020 visit their website.