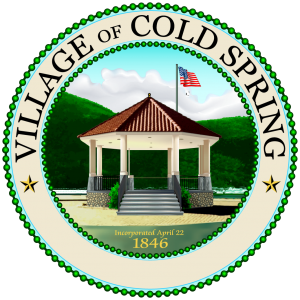 Village Board declares itself “lead agency” for Butterfield project

Although the meeting agenda included neither, health care and garbage collection sparked testy, loud debate at the Cold Spring Village Board Feb. 14, during an otherwise placid formal monthly session. As in the past, the acrimony involved Trustee Airinhos Serradas and Mayor Seth Gallagher. This time it began when Serradas attacked the inclusion of Gallagher – at the mayor’s personal expense – in the village government health-care plan and later berated him for not compiling data Serradas says he needs for an RFP (request for proposals) for outsourced garbage collection. In both cases he suggested that the mayor has a clandestine “vested interest” at stake. The mayor in turn suggested that Serradas is casting about for issues “to stir things up as much as possible” before leaving office. Serradas’ two-year trusteeship ends this spring and he did not file for re-election. Before the evening ended, the dispute included a “time-out” that only temporarily restored civility, a Freedom of Information request for a non-existent document, and dueling financial figures.

Serradas raised the health-care issue, stating that Trustee Charles Hustis had noticed a new participant’s enrollment in the village’s insurance program for employees. “I’m just curious if you could shed some light on how this occurred without the board being notified,” Serradas told Village Accountant Ellen Mageean. Mageean replied that an elected official – the mayor – had chosen to sign up for the same insurance as village employees, while paying for it himself. Other elected officials have done the same in the past and “there is no outlay of money by the village; 100 percent of the money is reimbursed by the individual,” Mageean explained. The State of New York allows such coverage for elected officials, at their own expense, she added. The health care package comes from the New York State Health Insurance Program.

[Wednesday morning, Village Clerk Mary Saari said that the village coverage is a very good plan but not necessarily a bargain for an elected official. “I think you can probably get it a lot cheaper” from insurers elsewhere, at least at some level of coverage, she said. She, too, emphasized that for the mayor’s plan “there’s nothing coming from the taxpayer. Seth is completely paying for his own insurance.”]

At the board meeting, Serradas declared he was “a bit surprised” that he did not know of the mayor’s decision in advance. “I’m just thinking that ethically … the board would have been notified,” Serradas said. “It caused some consternation on my part. For lack of a better term, it’s upsetting to me. In my industry we deal with full disclosure and we have complete ethics laws that we have to abide by.  I just wonder why it’s being hidden from us.”

Gallagher  replied that “there’s nothing hidden” and that Judge Thomas Costello, of the Cold Spring Justice Court, several years ago similarly chose the employee health-care plan for his coverage – and likewise paid for it personally. “We’ve had other trustees do it, too,” the mayor said. “The thing is, they pay for it in full. There is no cost to the village.”

“What I don’t want this village to do is end up paying for anyone’s health insurance other than employees,” Serradas countered. He recalled that Gallagher had once proposed that he, as mayor, receive village-paid health care, like an employee. “Given the history we’ve had, I’d think you would bring it to the board’s attention” when acting on health insurance, Serradas said. “You have a vested interest.”

Gallagher emphasized that when he sought village-funded coverage, “I asked the board because it was going to be an expenditure for the village.” His request went nowhere. Outside of his job as mayor, Gallagher works as a skilled musician and instrument-maker and thus has no employer to provide coverage. He advised Serradas to put the issue on the agenda of an upcoming meeting if Serradas wished to pursue it. As for the meeting that night, “you’re wasting time, which is what you do meeting after meeting. And time is money in this case. So we’re going to move on.”

But Serradas had a few more comments and vociferous objections. Gallagher equally stridently told him to respect procedure or leave, a shouting match ensued, and Gallagher called a five-minute recess, leaving the room. On his return, gavel in hand, the meeting continued peacefully with monthly departmental reports, until Serradas raised the issue of garbage and recycling.

A draft RFP Serradas produced a few weeks ago for outsourcing garbage and recycling drew criticism and on Jan. 24 Trustee Bruce Campbell agreed to assist Serradas in improving it. Instead, Serradas invoked the Freedom of Information Law to demand that village officials promptly produce a report containing the items he seeks – “a detailed list of all the residences, businesses and any other entity and location where the highway department picks up garbage,” a breakdown “of what services they receive,” and the time of day the service is provided, all pertinent to “a time and motion study” and RFP. “It’s incredible that the village spends over $200,000 and it doesn’t know where it picks up [garbage]. Nothing is quantified,” he said. He added, after he submitted the FOI request Village Clerk Mary Saari informed him that under the FOI law, the village government need not create a report. (The law allows access to existing records and documents.)

Gallagher said that to pull everything together for Serradas would take considerable time — to no purpose. “The strange thing is that we know how much it will cost” to outsource garbage and recycling collection, thanks to conversations with the main outsourcer in the area, Royal Carting, and research done for the Comprehensive Plan, he said. In handling village garbage and recycling collection, the highway department picks up from 819 households, he said. With the $18 a month per household charged by the outsourcing contractor, “it comes out to about $175,000” in costs to the village annually for outsourced garbage and recycling pick-up, compared to the $65,000 the village now spends by having the highway department handle the collection, he said. According to the mayor, when fixed expenses of the highway department labor and garbage truck depreciation are factored in, the total cost to the village of the current system is about $150,000 while the cost of outsourced service would be about $260,000. He said that labor and truck costs are part of the total cost with outsourced service because highway department personnel would not be laid off and because even if village garbage trucks are no longer used for household waste they would pick up leaves and collect from Main Street trash barrels and public areas after weekend events.

Moreover, Gallagher said, with outsourcing, households “would be getting less service. Their taxes would not go down. Instead, they’d have another fee,” one collected from them by the village office and passed along to the contractor, a process that also would boost expenses by creating more paperwork for the village office, he said.

Defending his proposals, Serradas linked them to the village’s new Comprehensive Plan, adopted Jan. 10. “The RFP follows the Comp Plan,” he told the mayor. “Do I agree with some of it? No. The Comp Plan says you do charge residents. I’m as upset about it as you are. We shouldn’t be charging additional charges to the residents. But that’s in the Comp Plan.” The Comprehensive Plan does not call for outsourcing garbage and recycling. However, it proposes the village “consider charging for garbage collection with user-fees in the way water and sewer are now paid for.”

Providing a color chart that depicted his breakdown of the costs of village-handled service versus outsourced service – and tacking a white-paper version on the wall — Gallagher pressed Serradas to define where the “over $200,000” Serradas pegged as the village refuse-collection expense goes.

“Garbage and recycling,” Serradas answered, complaining that “you’re deflecting everything for some reason. Or there’s another vested interest we don’t know about.” Compiling the data he wants from Gallagher or Highway Foreman Ed Trimble “is not that difficult,” he added. “Why you’re rebuffing it, again I don’t know. Whether it’s because I suggested it or there’s another motive, I don’t know.” Serradas then presented a motion that the Village Board instruct Gallagher or Trimble to compile the report he wants.

Trustee J. Ralph Falloon backed the idea of finding out exactly where the village collects garbage. “I do think it’s important to know, who is or is not getting their garbage picked up,” to ensure that residents get the necessary service and that those ineligible are excluded, he said. (Businesses generally obtain service on their own.)

After Village Attorney Steve Gaba suggested the board should determine how much effort would be expended in preparing Serradas’ report, the board voted 4 to 1 to postpone action on Serradas’ motion Serradas cast the lone dissent. Gallagher then promised to ask Trimble how much work it would entail to produce a list of pick-up stops.

The board briefly discussed the proposed Butterfield Hospital project and formally declared itself to be the “lead agency” or local government oversight panel in terms of state environmental quality law requirements. It also went over a letter from the Butterfield developer, Paul Guillaro, requesting not only that the board take the “lead agency” step but that night also set a date for a public hearing on the zoning change needed to accommodate the planned complex. The language of the zoning change has not been drafted. “We’re not going to hold a hearing for a while yet,” the mayor said. He also said that Guillaro’s recommended schedule for village government review “is probably too accelerated.” Guillaro wants to have a series of public hearings begin in March and have the various approvals by the Village Board and Planning Board completed by July 3. “The project is not the type of thing you’d expect in any way to be rushed,” Gaba advised. Nonetheless, “I think everyone’s excited about the project” and if all goes well with the procedural demands, Guillaro’s preferred schedule might not be too far off, he added.