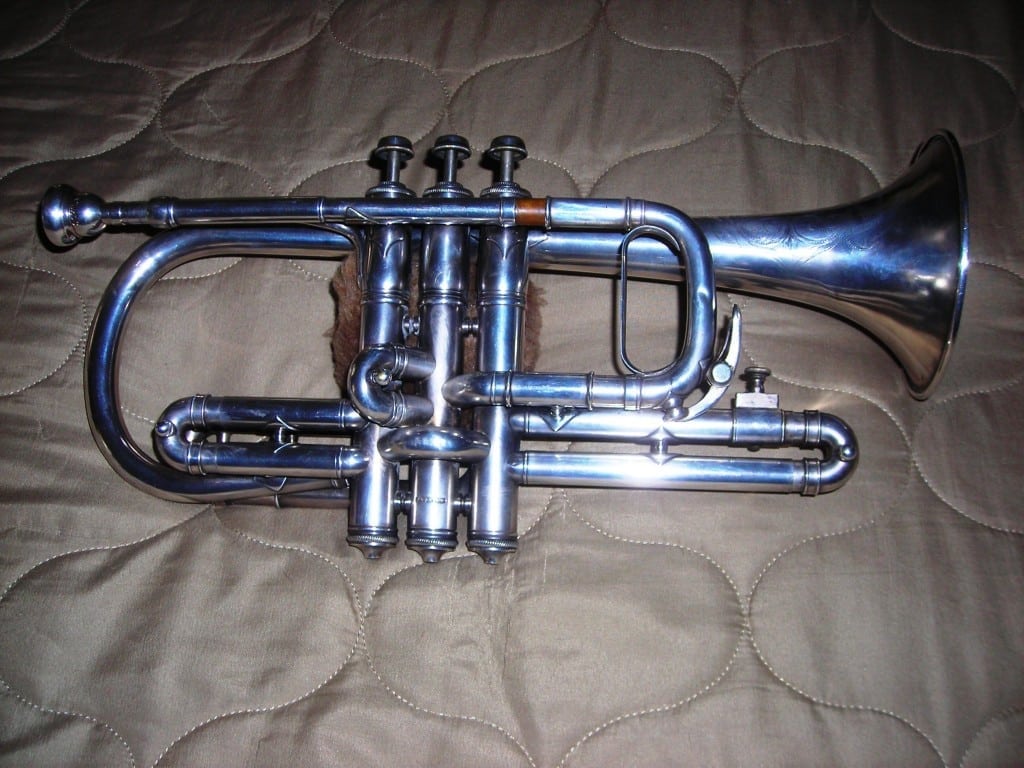 Hi, I am a 1905 Conn-Queror cornet. I was made by C.G.Conn in Elkhart, Indiana. My serial number is 92642. I have a letter “L” stamped on the back of my middle valve which means I have a large (.46) bore. This is unusual because all literature says my serial number 92642 was made with a medium (.42) bore and I should not have any bore size marking on the valve at all. I am a cornet with conical tubing which makes me different from a trumpet. In 1901, Conn patented a new design which involved an unusual airway pattern. This new design was called the Conn-Queror which had the airflow entering the horn through the second valve. This was a radical departure from the conventional airway pattern. 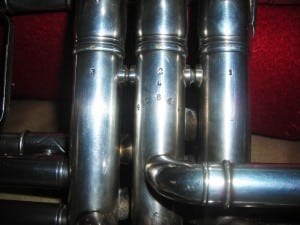 Today, Feb. 1, 2012, I am over 107 years=old. I don’t remember much of my early life; especially the first 75 years. I don’t know how or when I ended up in Nelsonville (a small village in Putnam County). I do remember observing 19 presidents and many major wars–WW1, WW2, Korea, and Vietnam–to name a few. I remember the “Great Depression” in 1929 and have played many an old tune.

The most popular band of my time was the John Philips Sousa band. Sousa, known as the March King, required that all the instruments used in his band be made by C.G. Conn. In 1910, the Sousa band toured the world. Wouldn’t it be neat if I was a part of that tour?

I don’t know what happened to my original mouthpiece, but haven’t seen it in years. I was made to play in the key of B flat and the key of A. This was done by changing the slides. I have lost those slides and now only play in the key of B flat. My 1905 hard case had worn out and was replaced by a cloth bag. As you can imagine, I was wide open for dents. Actually, considering all, I pride myself in being in pretty good shape. I think what saved me was due to me not having a mouthpiece and starting to tarnish, I was put on a shelf for quite a while. 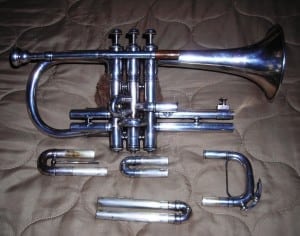 Perhaps someone who lived in the Putnam County area owned me? I wonder if I ever played in Captain Dales’s Band?  I think this band played at the 1939 World’s Fair. Captain Dales Band was the foundation for the bandstand by the Hudson River water front in Cold Spring.  It is not a gazebo; it is a bandstand.

I do remember in the early 1980s (maybe 1983) I was taken to the Philipstown Masonic Lodge to be sold at a flea market fundraiser. By this time I was totally tarnished. My valves did not move at all and my slides were frozen into place. At the end of the fundraiser, I was not sold and placed in the pile of leftover junk that was to be taken to the dump. Luckily, just before close, I was purchased for $2! 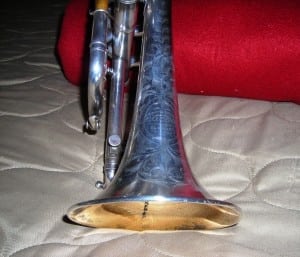 My new family didn’t do much with me. I think they just wanted me as a conversation piece. After all, I wasn’t very nice to look at and I couldn’t be played. So back in a closet I went. Actually, up in the attic. After another quarter century passed, around 2008, I was taken out of the attic and cleaned up. All my valves and slides were loosened up and re-oiled.

I was given a new mouthpiece which gave me back my original dark tone. To my surprise, I sounded pretty good! The new mouthpiece gave me a good range and was easy to play. I was put in a newly-padded hard-carrying case and treated with respect –perhaps because of my age. Did I mention I still have my original silver plating and the gold wash inside the bell? 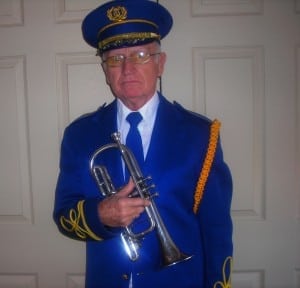 I was researched and found to be worth between $900 and $1,000.  I am now the solo cornet in two marching bands and one sit-down concert band. I love to be played in church with keyboard accompaniment. With any luck, I will be around for another century.

Thanks for listening to me.

Dick Hastede is a trumpet and cornet player, also an organist and pianist.  A lifelong resident of Philipstown, he now lives in Nelsonville and is a member of the Masonic Lodge.

One thought on “Rescued From the Dump”