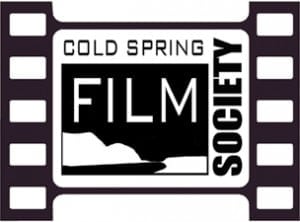 The Goonies, first of seven screenings, starts things off June 23

Summer is coming, and with it the residents of Philipstown will again enjoy free outdoor movie screenings at Dockside Park. The Cold Spring Film Society kicks off their second annual Summer Film Series on Saturday, June 23 with the forever-fun family adventure favorite, The Goonies.

In response to the inaugural success of the outdoor screenings last year, the film society has expanded the number of movies they’re showing this summer to seven. In addition to screening family-friendly films like Ghostbusters and The Iron Giant, they’ll also be showing the Paul Newman/Robert Redford buddy western Butch Cassidy And The Sundance Kid, Roman Polanski’s dark L.A. noir Chinatown (starring Jack Nicholson and Faye Dunaway), and Alfred Hitchcock’s eerie small town suspense classic The Birds. Screenings will take place every other Saturday evening from late June through August, ending with a Sunday evening double feature on Labor Day weekend.

In only its second year and very much a grass-roots effort, the Cold Spring Film Society aspires to further enhance the film series by upgrading their screen and equipment this year with a little help from the public. “A lot of people don’t realize what a small organization we are,” says film society organizer and Cold Spring villager Jennifer Zwarich. “We are just a few local residents who decided it would be fun to show movies down by the river. We pooled whatever time and money we could spare and just did it, but we had no idea how many people would show up!” Zwarich noted that after several hundred people came out for their first two screenings last summer, they had to scramble to add on to their audio system to cover large audiences. She added that additional speaker system and most of the film society’s other equipment is currently borrowed from generous friends and neighbors — a temporary situation they are working to remedy as soon as they raise enough money.

“The whole Philipstown community has been incredibly supportive of our efforts and we are so thankful every time a dollar is tucked into our donation box,” Zwarich said. “We can see that people like these outdoor screenings, and it is important to us to keep them free and open to all. We want to make them an official, permanent fixture in the village.” To that end, the Cold Spring Film Society recently incorporated and achieved federal 501 (c) (3) non-profit status to ensure that all donations to their efforts are now tax-exempt. And this month they’ve kicked off a new membership drive the goal of which is to cover the several hundred dollars it costs to license each film they show and the several thousand it will cost to purchase a larger movie screen and their own projector for the coming season.

If you’d like to become a member of the Cold Spring Film Society and support their outdoor film series, or would just like to see all the details of their 2012 film lineup, visit their newly launched website.

As always, all movies in the Summer Film Series are free and open to the public and will be shown at sunset on the riverfront in Dockside Park (entrance just north of the Cold Spring bandstand).

5 thoughts on “Free Outdoor Films Return to the Village”