One third of a three-person exhibition

Editor’s Note: Philipstown artists Susan English and Sheilah Rechtschaffer are featured as two-thirds of a three-person exhibition at the Skylight Gallery in Chelsea. Curator and artist Jennifer Mankiewicz visited the exhibition and discusses English’s work in this essay; her thoughts on Rechtschaffer’s work are in a separate story.

I recently visited Susan English in her studio as she was preparing for her latest show. Susan works in distinct series, stretching a concept as she moves through the series until ideas are exhausted or it leads to the next series. There is always a moment of heightened anticipation entering her studio because I never quite know what I’ll encounter. It’s never a disappointment. 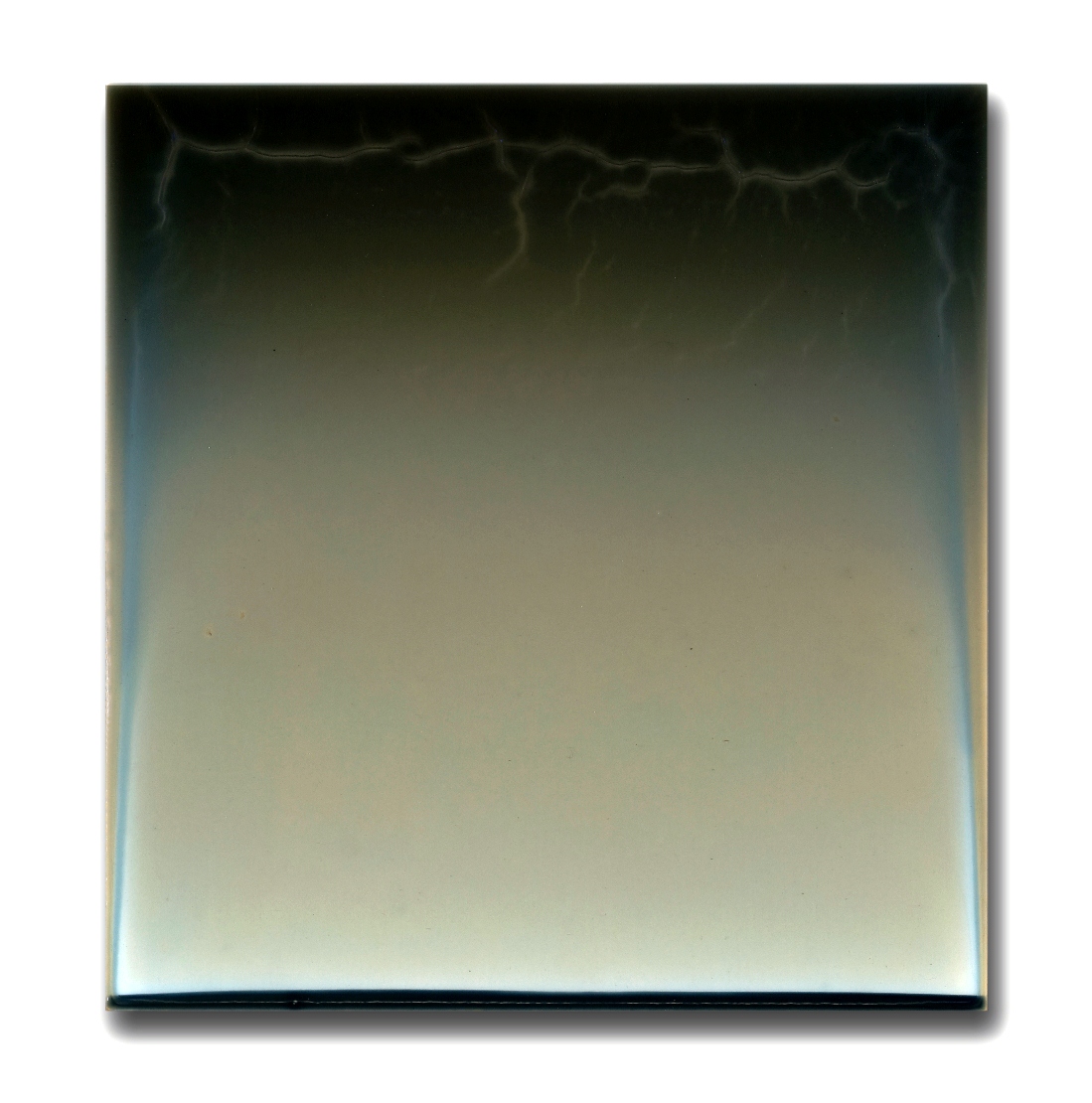 When I first met Susan English in 2001, she was exploring a simple hourglass shape. There were drawings, lines repeated and worked over with a light but definite hand. Sometimes, they were paired like two shelved goblets. Sometimes the line stretched to every edge, making a fat, luscious fruit. Contrasting background color, rich and earthy, provided a strong support for the curvilinear forms.

A decade later, the form reappeared in the Poured Shapes series. It had been pulled and stretched like putty into something nearly unrecognizable, long and sinuous, and was standing (or hanging, as it were) on its own.  The color was vibrant. Susan drew the hourglass shapes with as a single open-ended curve, flipped vertically and horizontally to make a symmetrical, whole form.

Later, she would start with a square surface, scribe and cut out a curve along 2 adjoining edges and attach them to the opposite sides. As the form dissolved, the curving outline was reimagined as the edge itself. The series of small works, of similar shapes that retain their sense of square, are luscious in a different way. Not in the fullness of shape but in depth of color and texture. Their size and silky color evoke sugar-dusted confections of pistachio, apricot and rosewater. The desire to touch the slick and shiny surface lend an even more intimate and sensuous feel.  As Susan became more interested in the manipulation of the surface, she simplified the shape.

In the Aequora:Poured series, the curve is altogether eliminated and the surface is poured directly onto a square support. The colors are subdued, gentle, but not without presence or purpose. In contrast to the Hourglass series, there is an ethereal quality. Pieces poured with a gradient field seem like the edge of a shallow pond, colored with microscopic life teeming below the surface.

The larger works have a more atmospheric essence. I’ve always been drawn to 17th century Dutch landscapes with skies filled with broiling clouds and low horizons. I am similarly drawn to the most recent of the Aequora series, with ​narrow dark horizons under a sky heavy with the heat of late summer or the last light of a setting sun. Through the manipulation of transparent layers of pigment and medium, she is creating paintings with a depth and clarity of color that rival not only Ruisdael, but the Hudson River School.

Indeed, Susan is a member of the New School.  Not a painter of plein-air view, but of the magnificent light and atmosphere that residents of the Hudson River Valley know well. Following on the heels of the Civil War, the still and peaceful landscapes of the Hudson River School may be seen as a reaction to a tumultuous time. Perhaps the meditative essence of Susan’s work has more in common with the School and our world than she is consciously aware. I look forward to my next visit.

From Skylight Gallery’s press release: “Vistas is a panoramic view of artists Colin Barclay, Susan English and Sheilah Rechtschaffer and their differing approach to the emotional impact of nature on the human mind.”

The exhibition opened on May 14 and runs through June 23. Skylight Gallery is located at 538 West 29th St., New York City.  For more information, including hours, visit the gallery website or phone 646-772-2407.

Jennifer Mackiewicz is a curator, artist and writer. She came to Beacon through DIA, working for the sculptor Michael Heizer as an artist’s assistant and operations manager.