Of course there is no “I” in “team,” right? What if you were the lone member of your school’s varsity program swimming for another high school? For Haldane sophomore Emmanuelle Palikuca, this is a reality she wouldn’t have any other way. Emmanuelle began swimming as a child in the pool at her house but began swimming competitively at the age of 9. 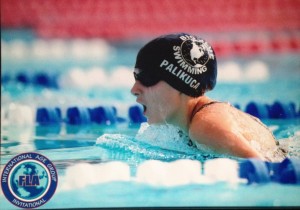 Emmanuelle always planned on attending Haldane High School but knew there was no varsity swim team. So as the time grew near, Emmanuelle and her mother began planning just how the young swimmer could continue the sport she loved. Her mother reached out to Haldane Athletic Director Tom Cunningham in the fall before Emmanuelle entered high school. Cunningham began the process to allow Emmanuelle to swim for Beacon High School. This was expedited because Coach Larry Collins of Beacon High School’s varsity swim team is also Emmanuelle’s travel swim coach.

Emmanuelle swims in all events but specializes in the 100-meter breast stroke and freestyle events. She views her situation as a positive way to expand her social horizons. “It’s fun to be able to go do something new,” said the swimmer. “Being in such a small school, it’s nice to meet new people, despite how cliché that sounds.”

Clichés aside, Emmanuelle is quick to point out she is not as alone on the team as one may think. “Several of the girls I swim with for Beacon have swam on my travel teams, so I’ve been good friends with them since I was 9.”

Yet being the only varsity swimmer from her high school has its drawbacks. “Nobody here knows I swim,” said Emmanuelle, “I’m often looked at as someone who doesn’t do sports, which isn’t the case, because I think swimming is a very demanding sport.” 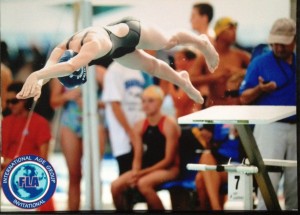 Even though Emmanuelle’s situation is very unique, she wouldn’t discourage someone else from walking in her shoes. She did, however, bare one warning to potential future swimmers who would follow in her footsteps. “I think you really have to be committed and a team player,” she warned. “If you’re thinking, ‘Oh, let me give this a try and see how it goes,’ I don’t think it’s for you. You really need to love swimming and be committed to the team to swim for a different school.”

Despite her academic allegiance to Haldane, there is no questioning Emmanuelle’s commitment to her Beacon swim team. When asked about her own personal goals, she is quick to jump into team goals, showing her dedication to her fellow swimmers. “We are 7-1 so far and we want to keep it up. This is the best record ever for a Beacon swim team. We would also like to send more people to sectionals.”

After talking to Emmanuelle briefly, it isn’t a shock that the event she is focusing on most is a team relay event. The girls’ time is one second off from a state qualifying time, and with one of the team members being a senior, Emmanuelle senses the urgency to win now.

Emmanuelle Palikuca’s future seems very bright, as it is clear she is not only a dedicated swimmer but focused on more important goals. Only a sophomore, Emmanuelle knows she wants to swim in college but hasn’t put much thought into where she would attend. She does know that wherever she decides to go, she wants to go somewhere that is a good fit for her academically.

“Academics come first,” she stressed. “I want to go somewhere that is a good school academically where I also have the opportunity to swim.” The sophomore will figure that out as the time draws near, but right now she has more important goals ahead of her with the Beacon swim team. She is also busy proving something else that is important for everyone to learn, something it is clear Emmanuelle understands. This truth is that no matter what the circumstances, there is never an “I” in “team.”