Should the superintendent be elected?

The ongoing Putnam County Sheriff’s Department investigation of Philipstown Highway Superintendent Roger Chirico leads to questions not only about Chirico’s fate but of the future of the office he has held for a dozen years. So far there have been no findings or formal charges of wrongdoing.

Nevertheless, one observer has already proposed converting the job from an elective to an appointive office — a type of reform promoted statewide by the association of town governments and opposed by its counterpart, the group representing local highway superintendents.

On Monday, April 22, Philipstown Supervisor Richard Shea confirmed existence of an investigation involving Chirico and revealed that he had sought it, following concerns expressed by current and former Highway Department employees. The investigation reportedly centers on whether Chirico utilized highway department personnel and facilities for work on vehicles for purposes other than repair and maintenance of town roads and raises issues of possible conduct of business unrelated to the town being undertaken on town time with town resources.

A guide written by Lori Mithen DeMasi, legal counsel for the Association of Towns of the State of New York, warns that a highway superintendent or similar official “may not use town equipment/vehicles for private use,” except in an emergency, when usage is a “collectively bargained right” or constitutes an “in-kind payment under contract,” or when the “town officer conducts [town] business out of [the] home.” DeMasi’s guide notes that Town Boards may exercise oversight of proper use of equipment or facilities but that an “elected highway superintendent cannot be disciplined, suspended or terminated by the town board.” 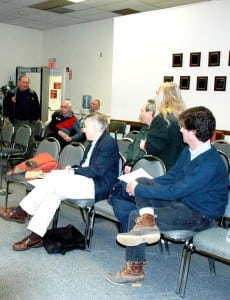 A town board “appropriates funds to the department, and oversees the administration of the department’s budget,” Gerald Benjamin of the State University of New York-New Paltz, told Philipstown.info. “It may initiate an inquiry into misuse of appropriated funds. Boards are sometimes reluctant to exercise the powers they have over other elected officials.” Benjamin, a political scientist and the university’s associate vice president for regional engagement, previously served on New York state and New York City commissions.

The Philipstown Town Code stipulates that “no town employee shall … engage in any business or transaction or professional activity or incur any obligation of any nature which is in substantial conflict with the proper discharge of his duties in the public interest.” The code further says that “no town employee” — including an elected official — may “use or attempt to use his official position to secure unwarranted privileges or exemptions for himself or others.”

New York state law on public officers provides that a state court may remove a town official “for any misconduct, maladministration, malfeasance, or malversation [corrupt misbehavior] in office.” It says a county district attorney files an application for removal but appears to allow others, such as “any citizen resident of such town,” to initiate the process in some instances.

However, Benjamin explained, “on criminal matters, power to bring action is with the D.A.,” or district attorney. Town board members cannot vote to oust a highway superintendent, he said. “Criminal action must be taken by the D.A.; they may approach the D.A. on this.”

A vacancy can follow court action, as in the case of a criminal conviction or judicial declaration of an office to be void for some reason, according to the state’s Public Officer Law.

In New York, options for filling a vacancy typically include a special election or an election as part of a November general election, depending on timing.

Making the highway superintendent job an appointed post, not an elected one, requires actions by both a town board and voters. 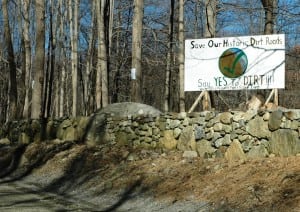 Under New York State Municipal Home Rule Law, “every local government … shall have power to adopt and amend local laws” on various subjects, among them “the powers, duties, qualifications, number, mode of selection and removal, terms of office,” and other arrangements for its working officials. At the same time, the law demands that if a town board approves legislation that “abolishes an elective office, or changes the method of nominating, electing or removing an elective officer,” the proposal must be approved in a public referendum.

In Philipstown, “maybe the time has come to consider changing this position from elected to appointed for increased governmental oversight like other town departments,” Old Albany Post Road resident Terence Zaleski commented on Philipstown.info. Although president of the Old Road Society, whose members often differ with Chirico on dirt road matters, Zaleski wrote as an individual.

On a new local dirt-road advocacy website, oldalbanypostroad.info, an unsigned essay argues that converting the job to an appointive one “allows town boards to responsibly take control of their respective highway departments,” and to “rely on a qualified professional to manage the department and use their elected positions to oversee the highway superintendent. It is a win-win situation for all involved.”

Under the banner of upholding “voters’ rights,” it claims on its website that “no monetary savings would result from such a change and the voters would lose their voice with respect to highway services.” The organization takes credit for helping scuttle recent measures in four towns and lauds its “many members who helped defeat these misguided referendums.”