Exterior of Main Street building to be improved 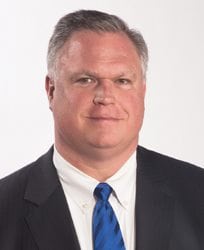 While there is no firm plan regarding any change in use, Rhinebeck Bank is very definite about one thing – it will give the building a facelift. “It’s in dire need of a paint job and that usually leads to additional work,” Quinn said. “We want to improve the visual appearance of the building. It would be good for the village and for the insurance company.”

He said he hopes exterior improvements can be completed by year-end – and that the work is not necessarily dependent on a decision regarding any changes in use. Quinn also said he is aware that any proposed changes will be reviewed by the Historic District Review Board. “We want to comply with any laws the village has.”

Quinn briefly outlined what will have to happen before any decision is made on establishing a bank branch in Cold Spring. “We have to do our research, talk to local people. We need to know if the community can support a branch,” he said. “We have to be convinced that we can compete in the marketplace.”

Some residents have wondered if Cold Spring can support another bank – given that Wells Fargo and M&T Bank are already established here. Quinn said that Red Hook, a small community located in northern Dutchess County, has six bank branches. “That’s just mind boggling to us,” he said. The Village of Red Hook has a population of 1,964 and the surrounding Town of Red Hook has slightly more than 11,000 residents – very similar to the populations of Cold Spring and the Town of Philipstown.

Lack of parking (at and around 159 Main St.) has also been cited as a potential drawback to establishing a bank there. “It would be a challenge,” Quinn said, adding that parking is often an issue in small communities. He also said the site would not accommodate a drive-through facility. “One of our other branches doesn’t have a drive-through,” he said.

The lack of a drive-through may be less of an issue than it was even just a few years ago. “There are fewer and fewer bank transactions being made at branches across the country,” Quinn said.  “That’s being driven by electronic banking.” While he feels there will always be a role for branches for certain activities such as loan applications, “More and more banking is being done online.”

Poughkeepsie-based Rhinebeck Bank currently has 11 branches, the closest to Cold Spring being in Fishkill and Wappingers Falls.

At the July 16 meeting of the village board, Cold Spring mayor Ralph Falloon said that representatives of Rhinebeck Bank will meet with trustees and members of other village boards to introduce themselves, discuss potential uses of the building and go over the processes involved with making any changes. Building Inspector Bill Bujarski was scheduled to do a walk-through of the property July 17 with the bank’s architect to familiarize him with the building.