The thriving Beacon art scene of summer 2013 has been a long time coming. It’s had many fits and starts over the past 10 years with the first big push being the much-heralded opening of Dia:Beacon in May 2003. Dia’s world-class art collection of mostly minimalist work from the 1960s – present has been a must-see stop for the international art world cognoscenti.

The problem for years was that Dia’s interaction with the town of Beacon and its burgeoning art scene was less than desirable. Geographically divided from town, Dia visitors by train tended to come and leave without ever making it up the hill to Beacon. With the 2008 arrival of Dia Director Philippe Vergne and Susan Sayre Batton as Managing Director in 2011, things have changed for the better. 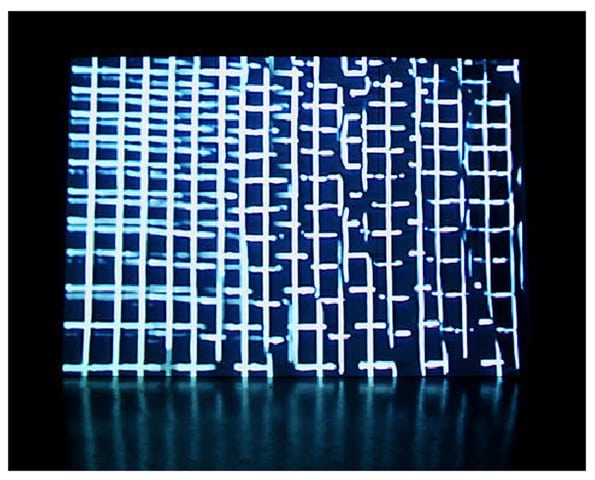 “Turn on” includes works using light as medium by Joseph Ayers. Image courtesy of the artist

The Beacon Arts Organization along with Cold Spring resident Carl Van Brunt’s Gallery gave Beacon its first big push towards becoming an important destination for artists and art lovers. Unfortunately Van Brunt Gallery closed their doors in 2011. The former Beacon High School was initially taken over and turned into art studios and exhibition space by the short lived and ill-fated Beacon Cultural Foundation.

Despite these setbacks, Beacon now boasts a number of interesting art venues and gallery spaces. Some current highlights include Beacon Artists Union (BAU), Hudson Beach Glass (2nd floor art gallery), Mad Dooley Gallery, Matteawan Gallery and Theo Ganz Studio. Another promising development is Kunsthalle Beacon or KUBE at the former Beacon High School, which is being operated by Ethan Cohen, a New York City Gallery owner and curator. He has been involved in discovering and promoting Chinese contemporary artists since 1987 and was among the first to present the work of the now infamous Chinese artist and political dissident Ai Weiwei.

The current exhibition at KUBE is titled Turn On. Curated by artist Joseph Ayers and Ethan Cohen the show includes artists who use light as medium. The exhibition space is darkened and the individual artworks provide the only light sources in the room. The benefit of the darkness is that each work takes on its own space for viewing, not distracting from one another and the overall room feels mysterious and dramatic. 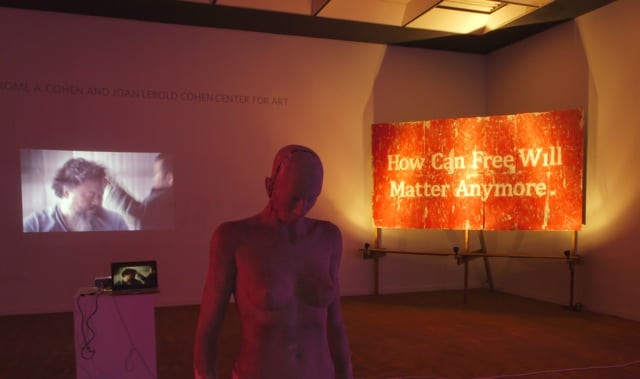 A large wall text piece by Ivan Navarro reads Yes Olafur Eliason using a string of Christmas lights and references the name of the established Icelandic artist, internationally known for his perceptual sculpture and installations that use light and other phenomena. Another large text-based work by James Mulvaney reads How Can Free Will Matter Anymore. These words are painted and lit on a wooden sign to resemble a tattered billboard. They comment on advertising’s bombardment of the senses – constantly testing our ability to make choices based upon need and not seduction.

There are three time-based video works, one is a large wall projection titled More or Less a Dissolution of Self (2009), by Ayers. What seems to be an abstraction of light strips based on a grid or map, upon closer inspection reveals the emergence of a repetitive outlined figure. This work is mesmerizing and a bit eerie, questioning the human figure’s presence in this digitized environment. Brian Doyle presents a 10-minute video montage of various cinematic but non-narrative lit scenarios – simply titled Light.

Whatever (2013), a neon wall piece by Robert Brush, could be a wry comment on the entire endeavor of participating in a group show – as always the artwork’s meaning is determined by its context. Maybe the intention is that viewers give it “whatever” meaning they want to? The exhibition takes on a decidedly political tone with the inclusion of DumbAss (2013), a self described heavy metal music video by Ai Weiwei where he recreates every detail of his prison cell as well as his guards’ fantasies during his 81-day detention in China as a political prisoner in 2011. 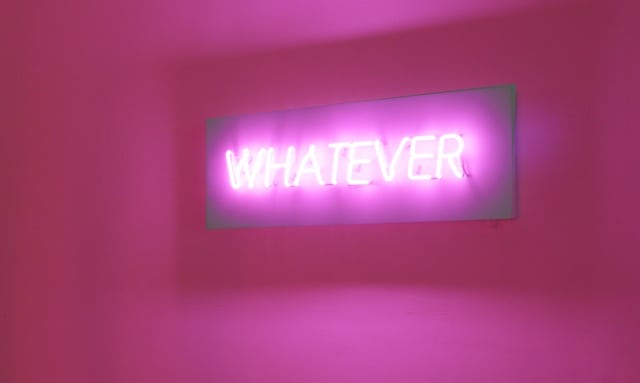 Turn On is a compelling exhibition, made the more so by its timing which coincides with two important light-based museum exhibitions in New York. James Turrell at the Guggenheim Museum includes Aten Reign (2013), a major new project that recasts the Guggenheim rotunda as an enormous volume filled with shifting artificial and natural light.

Currently at the Whitney Museum is Robert Irwin’s 1977 work Scrim veil—Black rectangle—Natural light, a large-scale installation that engages the Whitney’s iconic Breuer building and the natural light that emanates from the large window in the fourth floor gallery space.

Irwin is also well known for his gardens and landscaping at Dia:Beacon and less so for his modified windows that change ever so subtly as clear glass panes are placed in different positions among the frosted glass panes, creating reflective light patterns that change with the sunlight throughout the building.

Kunsthalle Beacon (KUBE) is located at 211 Fishkill Ave., Beacon, NY 12508. The closing reception for Turn On will be held from 5 to 7 p.m. on Aug. 31, followed by the screening of Alison Klayman’s award winning documentary Never Sorry on the artist Ai Weiwei.

One thought on ““Turn On” Exhibit Adds to Beacon Art Scene”