Tomorrow, Tuesday Sept. 10, registered Putnam County Republicans will vote in a primary election to decide their standard bearer for county sheriff. The winner, given the dominant presence of Republicans in county elections, is likely, but not certainly, to be the next sheriff. Both candidates are running on other party tickets so they will be on the ballot in November. The Democrats do not have a candidate.

Three-term incumbent Donald B. Smith of Patterson spent the summer fending off two-time challenger Kevin J. McConville of Cold Spring while reminding people that Putnam is just about the safest county in the state or at least one with a very low crime rate.

For his part, McConville, a career MTA Police officer who served a few years as chief of the department, has charged that crime is actually on the rise in Putnam and that Smith doesn’t use the correct method of reporting statistics. McConville also believes Smith spends too much money on overtime for officers and that he has failed to make use of the latest crime-fighting technology. He has vowed to correct both situations.

Smith, a former brigadier general in the U.S. Army, has countered with a list of technological improvements introduced during his tenure. He also argued that the costs of the department are due to contractual obligations and further that prudently using overtime when needed is less costly than hiring additional personnel. 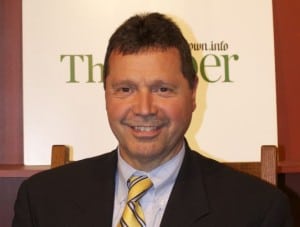 The race has seen a lot of emphasis on personal charges of misconduct or questionable tactics.

McConville has taken issue with Smith’s use of “sheriff’s advisor” cards for some of his supporters that perhaps give off an air of law enforcement favoritism. At least one prominent McConville supporter possessed such a card before he decided it was time for a change. Smith accused that individual with financing a new newspaper in eastern Putnam for the purpose of undermining Smith. The incumbent has also questioned why McConville didn’t stay in his chief’s position at the MTA longer.

Further clouding the campaign and the county’s law enforcement landscape, the county District Attorney, Adam J. Levy, filed a personal lawsuit against Sheriff Smith alleging a number of charges over Smith’s handling of a case against a friend and sometime-house guest of Levy’s. Several Levy family members have contributed to McConville’s campaign.

As befits an internecine battle, especially one involving law enforcement, Republican leaders have apparently whispered their preferences among the party faithful rather than make them public.

The polls, at the Methodist Church on Main Street in Cold Spring, the North Highlands Fire Company on Fishkill Road and the Garrison Fire Company on Route 9, are open from 6 a.m. until 9 p.m.

Video interview with Donald B. Smith