The Rob Scheps Core-tet will appear at 7:30 p.m. on Friday evening, Nov. 1, at The Chapel Restoration. In addition to saxophonist and flutist Rob Scheps, its members are Cameron Brown, bass, Anthony Pinciotti, drums, and Gary Versace, piano. A very special guest, the legendary 80-ish alto saxophonist Jerry Dodgion, will join them. 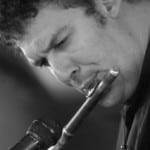 The program of modern jazz will feature original compositions by Scheps and lesser-known pieces by well-known composers, including Thad Jones, Bob Brookmeyer, and Dodgion. Suggested donation is $15, $10 for students and seniors. 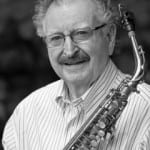 In 1966 in New York City he was a charter member of the Thad Jones/Mel Lewis Band, today known as the Vanguard Jazz Orchestra. He is the alto flute player on Herbie Hancock’s classic LP Speak Like A Child, and his countless recordings include a co-led record with Charlie Mariano and a solo CD from 2004, The Joy of Sax. Jerry toured with Frank Sinatra, and was part of Benny Goodman’s band on their famous 1962 Russia tour.

The Chapel is located at 45 Market St., Cold Spring.