When Brooks Bowman died in a car accident on Route 403 in Garrison, on Oct. 16, 1937, just days before his 24th birthday, it ended the life of one of America’s most promising young composers. His songs have been performed by musical legends – from Frank Sinatra and Ella Fitzgerald to Billie Holiday and Tommy Dorsey. His story, all but forgotten, was revived in 2007 when a German musician, intrigued by Bowman’s story and music, visited Garrison and other American communities to research the young singer-songwriter’s life.

Bowman is best known for writing “East of the Sun (and West of the Moon),” a song recorded not only by numerous musical superstars prior to 1950 – but also more contemporary entertainers from Mama Cass Elliot and Oscar Peterson to George Benson and Diana Krall. A Princeton University grad, Bowman was a popular member of The Triangle Club there, where he was known as “Princeton’s Cole Porter.” 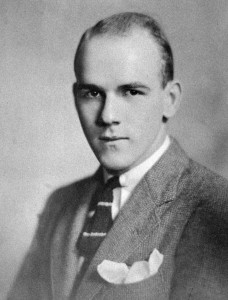 The Triangle Club, a theater troupe formed in 1891, is still active today and boasts alumni membership that includes Russel Wright, Jimmy Stewart, José Ferrer, Wayne Rogers, David E. Kelley, Brooke Shields and F. Scott Fitzgerald. A 1917 Princeton graduate, Fitzgerald wrote to Bowman congratulating him on the success of East of the Sun, suggesting it be used as “a song of devotion” to their alma mater. The Triangle Club still benefits from Bowman’s talents today – collecting royalties from recordings of his work.

Newspapers of the day reported that the single-car accident occurred at about 9 p.m. on Cat Rock Road, as Route 403 is sometimes called. Bowman and his friend, 20-year-old Edith Brooks, were seated in the back. His Princeton roommate Richard Pettit and his friend Betty Timmerman were in the front. The two couples were returning from the Yale-Army football game in New Haven, Conn., and were headed to visit friends in the Catskills. Bowman’s hometown newspaper, The Salem News, reported that the car blew a tire, sending the rear end of the vehicle crashing into a stone wall.

It was an odd accident in that Pettit, the driver, was not hurt and Brooks and Timmerman received only minor injuries. Bowman was not so fortunate – his heart was punctured. A passerby drove him to Butterfield Hospital in Cold Spring where he was pronounced dead by Coroner George Logan, who cleared Pettit of any wrongdoing. Bowman was buried in Salem. The New York Times and the Putnam County News and Recorder also covered the story, misspelling his name as Bauman.

East of the Sun was voted America’s most popular song for consecutive weeks in 1934. Another of Bowman’s songs, “Stags at Bay,” was also a number-one hit that year. Salem residents no doubt listened on their radios as Kate Smith sang yet another of his popular songs, “Love and a Dime,” on her April 1,1935 broadcast. Bowman himself appeared on Fred Allen’s national radio broadcast twice, playing piano and singing the songs that had brought him national fame at a young age. 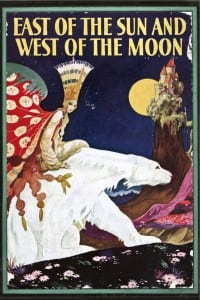 In the winter of 1937, the lure of Hollywood took Bowman westward where he worked for the Warner Brothers Motion Picture Corporation – and where he met his nick-namesake Cole Porter. He soon signed a contract as a lyricist and composer with Selznick International Pictures, writing songs for the movie Nothing Sacred, starring Carole Lombard and Fredric March. He also worked on the musical, Prom Girl. Today, hundreds of performances of East of the Sun can be found on YouTube.

The Salem Historical Society’s David Stratton told The Paper that in years gone by, Bowman’s story was not that well-known in Salem, a small city in northeastern Ohio. In part, that was because Bowman’s family was from Cleveland and moved to Salem while he was attending Princeton. Interest picked up in 2007 when Hans-Martin Fleischer, a German musician, visited Salem after becoming fascinated by Bowman’s music – and his story.

While in America, Fleischer retraced much of Bowman’s life. In Salem, he tracked down Edith Borden, the daughter of Bowman’s best friend, Bill Borden – and she unearthed a manuscript of the last song her father and Bowman wrote together. Fleischer also traveled to Princeton in search of information on Bowman. He even visited Garrison and Cold Spring to see where the young man died.

A guitarist, Fleischer often performs Bowman’s music along with Berlin singer Viola Manigk. They almost always open with East of the Sun. Fleischer hopes to produce a CD of Bowman’s music and has posted an extensive tribute to him online, written in German. On Bowman’s birthday in 2006, he did a show at Amerika-Gedenkbibliothek – the American Memorial Library – the first time the Ohio native’s songs were performed in Germany. In an email to The Paper Fleischer said, “Of course Bowman’s early death is a sad thing. But it is also fascinating to see how powerful his music is and how it survives the decades.” 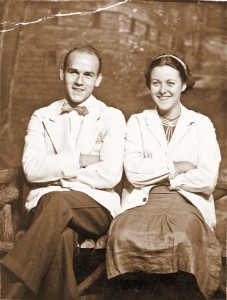 Paul Lansdale, manager and a dealer at Bijou Galleries in Cold Spring, befriended Fleischer on his first of three trips to America, offering him use of his garden house during his stay.

“He was so motivated to find out everything he could about Bowman,” Lansdale recalls. “I’ve never met anyone with greater passion.” On one trip, Manigk accompanied Fleischer and the two performed Bowman’s songs at Cold Spring’s Marina Gallery. Landsdale said Fleischer traveled as far as the U.S. west coast to interview Bowman’s relatives.

Thanks largely to Fleischer’s enthusiasm, Bowman’s story has become more recognized in Salem. The historical society is working with a local high school to do a recital of Bowman’s music. He was also featured in “History Makers,” a series of interpretive panels highlighting noteworthy Salem residents.
(salemohiohistory.com/historymakers/Brooks-Bowman.aspx)

Stratton remembers that a few years ago, “… a lady I worked with recalled him (Bowman) coming to the country club where he played the piano and made quite an impression on the then-young girls.”

The Paper spoke with 78-year-old George Bowman III, Brooks Bowman’s nephew, now a resident of Vero Beach, Fla. “I was only about two years old when Brooks died, but I remember him. He put me up on a shelf one time!,” Bowman happily recalled. “He was a dear soul.” While growing up he didn’t realize his uncle was famous in the world of music. “I had no idea,” he said. “I remember being told that he had written a song that became a number-one hit, but that was about it.”

On the day he was killed, Bowman and his friends attended the Army-Yale football game. (Image courtesy of Hans-Martin Fleischer)

Asked if he has his uncle’s music in his collection he replied, “No, my music is more Moody Blues and Pink Floyd.” He may not collect Brooks Bowman’s music, but George Bowman III has a soft spot for him to this day. “My youngest of three sons is named Brooks,” he said.

Brooks Bowman’s papers are housed in the Princeton University Archives. They include correspondence with his mother, sister, and friends; photographs documenting his school years; and his adventures as a young man entering the music business in the 1930s.

Alan Freed, aka “Moondog” and arguably America’s most famous disc jockey, was also from Salem, Ohio. Freed, credited with coining the term “rock ’n’ roll,” would have been 16 at the time of Bowman’s death.